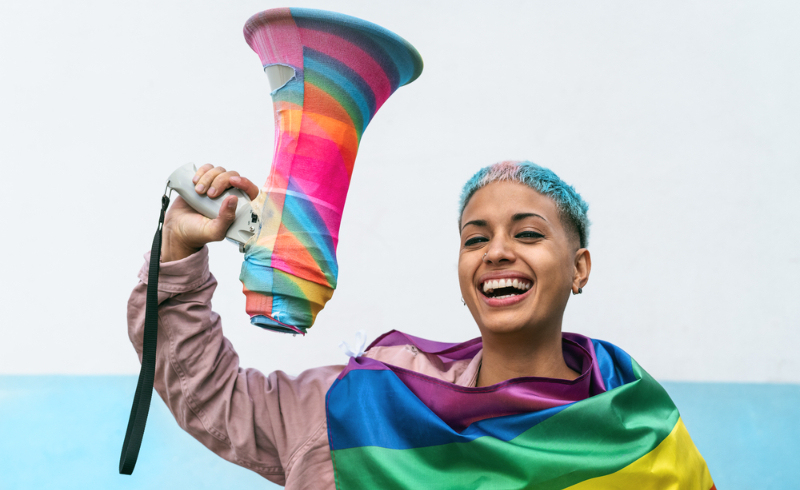 As a freelance writer, I’m called to write material for all manner of organizations. Including, just the other day, this virtual coding camp held by “Gills Who Code”. Girls Who Code is a nonprofit designed to promote the practice of computer science – a field traditionally dominated by men – by those who aren’t men.

So, girls, right? I mean, it’s in the title! And, yes, probably when Girls Who Code was founded, that was the focus – getting more women into computer science.

But I was directed to write a promotion for a particular program they have, a two-week summer intensive (“immersion”) program. And this program wasn’t designed just for females. Take a look at their website: 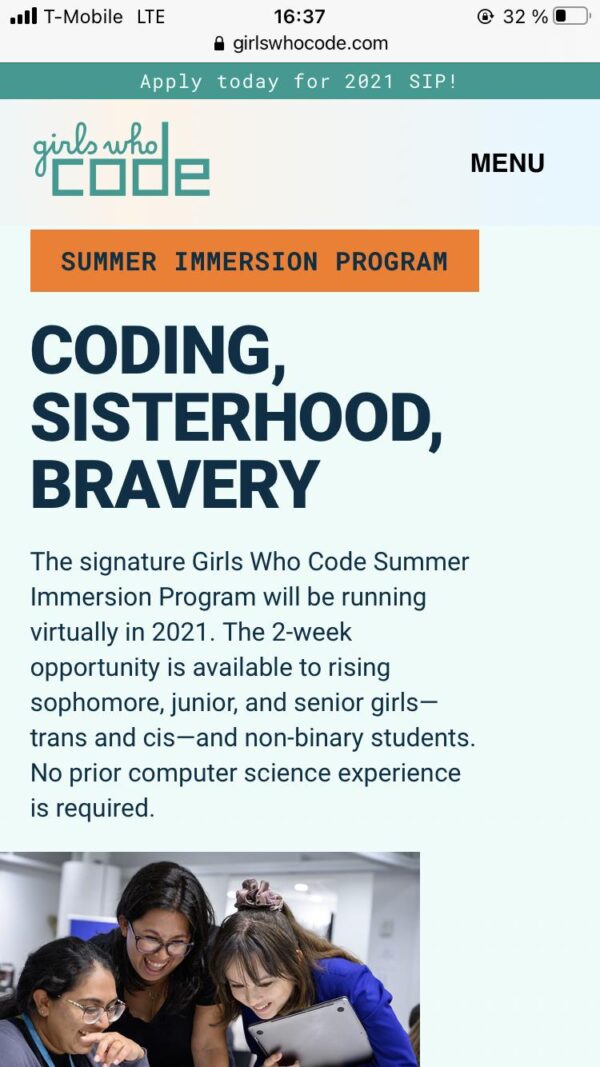 Does it say just “girls”?

Granted, “sisterhood” is part of their plug. But they state, pretty explicitly, that it’s open not just to girls. It’s open to “girls—trans and cis*—and non-binary students” [emphasis mine].

*That distinction shouldn’t be needed. If you’re a gender-binary “girl”, you’re a girl. The need for us to differentiate between trans- and cissexuals is a major flaw in our world.

Things may be improving slowly for those who don’t fit the “either-or” boxes of gender. But they’re improving. The conversations that no one was having twenty years ago aren’t only starting; they’re starting to become mainstream. And the day may come when little kids don’t have to say, “Daddy, what’s a ‘non-binary’ person?” In fact, the day may come when kids don’t feel pressured to refer to their parents as “mommies” or “daddies”.

Here are some other things I’ve stumbled across while browsing the interwebs lately: 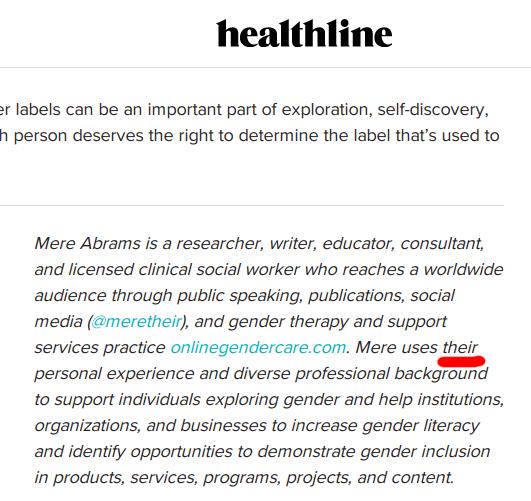 Granted, it was an article about health in gender. But Healthline is pretty mainstream, and the editors respect the author’s pronoun choice. Furthermore, the bio doesn’t give any hint as to whether the author lives in a male-sexed or a female-sexed body. (And really, who cares?)

Even if you don’t speak Spanish (my phone’s in Spanish) I think the gist of this one is easy to understand. The question is “With what gender do you identify?” (Not “What gender are you?” And that’s an important distinction!) 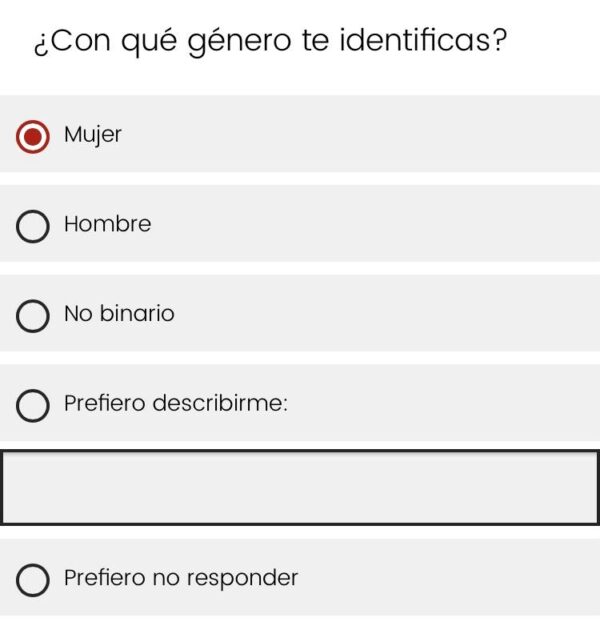 Furthermore, the options aren’t just “man” or “woman”. I think it’s obvious what “no binario” means! And then there’s the option to describe your gender as whatever label you choose, filling in the blank. All in addition to the “I prefer not to respond” at the bottom!

I’m not denying that society still has a lot to fix up. But let’s not deny progress! We’ve come a long way since the 90’s.