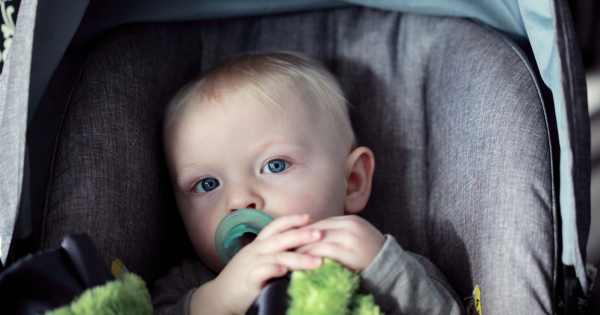 Why do relationships so often get worse after a baby is born? We believe one key reason is that couples share less than they thought they would.

Our work started with our own experiences back in the 1960s when we moved from Canada to California with one young child and a second on the way. In the years that followed, when our 3 children were out of diapers and we began to sort out what had happened to us, one thing becomes abundantly clear: we had not been prepared for the shifts that had occurred in almost every aspect of our lives – especially in our relationship as a couple. In the midst of the family adventure we had embarked upon, our ten-year marriage began to feel precarious for the first time. As we came to know other couples, it became clear that we were not the only ones feeling the strain in our relationship.

We had assumed, naturally, that there would be some changes in the “who does what?” of our lives, but hadn’t anticipated that becoming parents might lead us to feel more distant from each other, partly based on our different roles inside and outside the home and partly based on expectations that we hadn’t discussed.

With the help of each other, several good friends, some professional help, and the wonder of raising three active, inquiring children, we eventually emerged with a stronger marriage and a resolve to do something for other couples embarking on their family journeys. We began what has turned out to be a lifetime of working with parents, studying what happens when partners become parents and evaluating ways of helping families as they meet the challenges of becoming the partners and parents they hope to be.

Our work started with a 10 year project in the 1980s where we followed 96 couples over time. We started with 72 couples expecting a first baby and 24 non-parent couples, 15 of whom remained childless for the next 10 years, and we eventually wrote a book about the results – When partners become parents: The big life change for couples.

We found that after they have a baby, parents are likely to feel less satisfied with their relationship as partners. Now, more than 50 further studies worldwide have found the same thing. The satisfaction of mothers was more likely to drop in the first year of the child’s life, and the father’s followed in the second year.

We believe one key reason is that couples share less than they thought they would: they have less time to talk together and they tend to take on a more traditional division of household tasks and care of the children than they had predicted. In our study, the couples described this happening as if it was a mysterious virus that they couldn’t do anything about – as if it just happened to them. Moreover, both mothers and fathers started to describe increasing dissatisfaction about how things between them were compared to how they wanted them to be. They began to feel that they were not appreciated by the other parent for the endless work they did and to feel more distant, less intimate. Unequally shared housework and care of the children became a particular bone of contention. The more different their lives became, the more risk of their relationship deteriorating. In our study and in subsequent studies since then we found that parents who share more feel more supported and are happier about their overall relationship and, perhaps not surprisingly, they feel a more positive sense of self.

The disappointment with their relationship is worse if the couples had strong expectations before their babies were born that they would have fairly equal roles after their babies’ birth. Overall, the bigger the difference between expectation and reality, the greater the drop in relationship quality. This is even more so for parents already exhibiting a higher level of unresolved conflict before becoming parents. Couples talked of many barriers to more sharing – the cultural idea that childrearing is more women’s work than men’s; that women more than men are instantly competent at childcare; the fact that men typically earn more than women; and the fear of men becoming too effective at parenting and diminishing the importance of women’s roles. They also described pressure from their parents – the grandparents – to take on a more traditional division of labour in childrearing; and the fact that the workplace culture and parental leave arrangements assume that women will do more caring than men. These pressures can leave parents feeling they have little choice about how they organise life with children, which adds to their feelings of disappointment.

One unique aspect of our study was that we randomly selected 24 of the expectant parent couples and invited them to take part on one of six weekly couples groups involving four or five couples and a male-female staff team. We talked with these men and women about their dreams and their challenges as they made their way through the transition to parenthood – from the 7th month of pregnancy until their babies were 3 months old.

When their babies were 18 months old, the mothers in these groups reported more involvement as workers or students – many back to their pre-baby levels. They also showed a smaller decline in their investment as partners/lovers – than mothers who did not participate in the couples groups.

Fathers who attended the groups were not significantly more involved in housework or caring for their babies, but they wished to be more involved than they were. Despite this, their wives were more satisfied with the couple’s division of labour than wives not attending the groups. Perhaps this is because the ongoing group discussions about these family issues and fathers’ concern about them led mothers to feel that they were not alone because the fathers shared that concern.

Learning about the similar experiences of other couples in the groups led to more contentment and less worry about changes in their sex lives being permanent or signalling that something was wrong with them.

None of the parents attending the couple groups were separated or divorced one year after the groups had ended, whereas 12.5% of the couples in the larger sample of parents had already separated by the time their babies were 18 months old.

Most new parents do not have the opportunity to attend groups like the ones we conducted. Nevertheless, one of the key lessons from the couples’ experiences in the groups was that new parents are not alone in their unexpected stress, and that talking about and working on the important family issues can help to prevent the typical downward slide in their satisfaction as couples.

Based on our conversations and research with hundreds of couples since that first study, we have drawn up a list of things that couples can do to protect their relationships as partners and parents:

Photo by Sharon McCutcheon on Unsplash