—
When we’re young, we imagine that we will stay young forever, that “old age”—at whatever age we think that starts at the time—will not affect us. We will somehow avoid getting older beyond that magical age we see in our futures. Too bad it doesn’t work that way.

On the flip side, we should be so lucky to get old! My dad is 96 and very happy to still be around.

But the road to senior citizenry can be rough, as anyone who has made it will attest. And, despite all the articles in AARP about how folks over 50, or 60, or 70 say that they are experiencing the “best years of our lives,” most of us have our doubts.

None of us go into marriage(s) thinking we will divorce, but as many other articles point out, since people only used to live to 40 or so, one was enough back then. Spending more than two decades with one person can get…trying.

No matter how hard we try.

This is not to say no one makes it. Many do. But divorce happens to the best (and worst) of us.

No matter what we imagined, how much we wanted to grow old together and share Hallmark Anniversary cards until death did us part: divorce.

And of course, death itself. We never imagine being so old that our partners die on us. But it happens, actually at any age.

This past winter, my insurance agent—a lovely and smart 43-year-old mother of two tweens—got the flu…and died. It was a tragic loss to the girls, the agency, and the community.  I also think of Patton Oswalt. He all but woke up one day alone, his 46-year old wife dead from a rare disorder; he managed to find someone else to love in a relatively short amount of time—about one year—and remarry.

But for most of us, time, age, death, disease, disinterest—something takes a toll on our lives and our marriages and we end up single.

In big cities or other well-populated areas, the chances are better than, say, where I live: a small college town where almost exactly half the population is students under 22. Because of the university, there are many educated, interesting, ineligible folks. That is to say: they are coupled already.

I wasn’t prepared for how many of the women I saw around were pre-paired. Sorry for the pun, but when I separated with my second wife at age 60, then divorced at 61, I was lost. First, I had been in love for the first time in my life; so it took a good three years to get past that I was no longer with the Hallmark Anniversary card woman of my dreams—who had left me for a younger man.

A bodybuilder no less. (See: Walkaway Wife Syndrome—I had no idea it was a thing). So I was entirely unprepared for what would follow.

Lord, I tried. I went to dinners and galas, fundraisers and art shows, plays and lectures, university functions and office parties, street crawls and breweries, accepting any invitation that came my way to anything at all—basically going anywhere I thought I might meet a single eligible woman.

And I don’t mean “there were a few.” I mean: none. I could not believe the shortage of single women in my age range.

Maybe educated, financially secure, level-headed, “normal” men were as scarce as hens’ teeth. Maybe that was it. Maybe every eligible man was gone, which might explain why every eligible woman was taken. Who knew? Something had to account for it.

I didn’t pester my friends, but they all knew I was looking; yet they were unable to turn up anyone as well. No. One. Not a one!

Did I have that bad of a reputation?

Some soul-searching brought me to the conclusion that, though imperfect, I was not a beast. After all, I was educated, financially secure, level-headed, and relatively “normal.” Okay, I’m an atheist and a progressive; but here?

Not a problem. Still:

My last wife and I met online, through Yahoo Personals what seems like a hundred years ago; because wow! has that world changed. Back then, in the early-aughts, people went online to actually meet other people. What a concept! Now, they go on line to tell everyone who reads their profile who they are decidedly NOT willing to meet.

I even got nasty, unsolicited “contacts”—internal emails—from women I had not approached, who made it crystal clear that they were not interested in me! Why, I asked myself, would anyone take such great exception to another person’s profile that they would angrily fire off nasty name-calling “messages”? It was beyond me.

One woman apparently took issue with me mentioning that I taught at a university and was an atheist—that I had the temerity to mention those in my profile. She accused me of thinking that she, a woman I had never met—had never even seen her profile—was some “ignorant country person” who believed in God, and that I obviously thought I was superior to her and her ilk.

Another woman took issue with my younger-than-myself age range preference. (For the record, my last wife was seven years younger than I and it worked out fine—until she found her younger-than-her bodybuilder).

I sent back a message saying that I was sorry if my preferred range offended her—and she wrote back the nicest apology message I could have imagined. Apparently, her husband had left her with four kids when he ran off with a (much) younger woman and she was still angry about it. We exchanged a few more messages of sympathy and understanding and onward we both went.

BTW—both of those women lived over 300 miles away from me.

I have hung in there with my online profiles for about four years with no success—just to see. Back in the early-aughts, I met and dated four women in a short time and married the last one.

The changes I’ve noticed are—I was going to say “subtle,” but they are not that. Sure, there are the usual “Just trying this out!” “Just seeing what’s out there!” and “Love walks on the beach” profiles; but many are overtly antagonistic from the get-go. A few trends:

Attractive women in their 40s and 50s, given the opportunity to give an “estimate” of the income levels they are seeking regularly put it at over $100,000/year—some much more. I don’t blame them, but are they trading on their looks? Are they feeling “superior” to men who make, say, a paltry $90K?

I mean: good for them if that’s what they want and can find it. Even better if it works out. What has been good for the gander has been a long time in becoming good for the goose. If women now feel free to demand only young and/or wealthy men to date, that’s their prerogative. But for most of us—men and women—some more average ranges might be more appropriate.

The good news is: they’re out there. They’re just harder to find if you’re in a small town or seeking solely online. (After a certain age, meat-market bars are just not that appealing.)

But it ain’t easy. It’s just not. We hang in there, we keep looking, but it seems we are more likely to come up short as we get long in the tooth.

But I did finally find one.

That said however, another word needs to be spoken for being single. As maligned as it has been in the past, living alone and enjoying those alone times—even extended periods—has grown in popularity. With more to do and see, and the reduced stigma of women traveling without a companion, I have run across many women over 50 who are happy to be alone for a change.

As a friend said, they are often “exhausted” from their marriages and are enjoying the freedom that aloneness offers. In the end?

About Glenn A. Bruce

Longtime WGA and ITW member Glenn A. Bruce is the author of the political thriller Last Blast (World Castle Publishing, 2021), He Rode (Dusty Saddle Publications, 2020), its prequel Three Rode (March, 2021), and a second prequel Three Rode On (May, 2021), with a fourth, He Rode Alone, later this summer. Glenn holds an MFA from Lindenwood University where he was Associate Editor for the Lindenwood Review and received an “Outstanding Alumnus” award in 2014. He has had over 50 short stories, essays, and poems published in the U.S., Britain, Canada, Australia, France, and India, has judged several writing contests, and has won awards for writing, screenwriting, and directing. Glenn began his career in Hollywood where he wrote the hit movie Kickboxer, episodes of Walker: Texas Ranger, Baywatch, the original G.L.O.W. Show, and sketches for Cinemax’s Assaulted Nuts. Glenn taught screenwriting at Appalachian State University for over a dozen years and currently lives in Florida where he writes in a variety of genres and just completed his 22nd novel, his second venture into space-opera sci-fi. 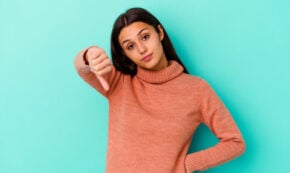