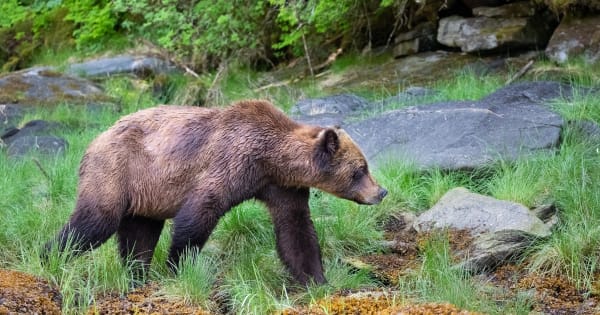 Returning to my first blog, and Canada, ironically digital media helps me stay in touch with wilderness. YouTube films, for example, are reminders of a geography, if not exact location, I’ve experienced for real.

There are many examples of people-wildlife encounters uploaded on YouTube. I like the following version of a ‘person-encounters-bear’ film, called ‘Grizzly Bear Encounter’ published by Shaun SW for a couple of reasons.

This simply produced film offers an experience I’m unlikely to have – I’m a hiker, not a fast runner – plus the video doesn’t try too hard with gimmicky digital add-ons to convince me that I’m in the real world rather than a virtual one. It’s just a guy with a GoPro on his head. This is perfect vicarious viewing – I get to see the bear encounter without any risk to life or limb. To me this video – just a guy running – is a good metaphor for the threats and opportunities of using the internet. He’s speeding along a track, passing slower users who he politely informs he’s coming through. He’s enjoying his run.

Exception of course with this metaphor is that not everyone can be characterized as a polite Canadian on the internet! There are less well-intentioned internet users in operation.

It’s a fairly uneventful run – just typical western Canadian vegetation of spruce trees, buffalo berry bushes, wolf willow, etc., and the oncoming dirt track – but it is kind of hypnotic – like being in a video game. Unfortunately, total surprise cannot be recreated in the film as with a spoiler title like ‘Grizzly Bear Encounter’ the viewer already suspects something potentially dangerous is going to happen, summons up their patience, and looks out for the main event in the 4:49 min film.

Long periods of nothing threatening happening much is also a feature of internet use. But you’ve heard bad things happen ‘out there’ so are aware of dangers, but are not necessarily always prepared when something does happen; or you may even avoid using parts of the internet at all. People are hyper alert to giving and listening for bytes of information that might safeguard a person from some imagined hurt – like following weather forecasts in the mountains or installing a firewall and virus checker. It’s not moral panic, but individual calculations about personal resources to handle certain worst-case scenarios – and those vary per character traits, age, gender, celebrity status, or how a person’s culture is perceived. The key is balancing the risks and opportunities per individual.

Back to the outdoors. It’s unlikely that if you go hiking in British Columbia or Alberta that you’ll ever see a grizzly or black bear, but they are there alive in the same natural environment and you could, and therefore it’s wise to take precautions. By mostly making noise – talking or shouting out loud or singing (tinkling bear bells are for souvenirs), looking for signs of bear activity, carrying bear spray for any potential close encounters, and travelling with 2 or 3 others in some areas. It’s kind of what you do on the internet – be wary. Mountain bikers (Grizzly Bear Charge in Jasper published by Brad Paras) and runners, those wearing headphones that remove the sense of hearing, are more likely to meet a bear because of the speed and surprise factor. Same with the internet. Just because I haven’t been personally attacked by a bear (read threatening internet encounters) doesn’t mean I should ignore the fact that people get approached every year by bears (or that people can be vulnerable on the internet). Just because I know there are bears out there (read risky internet encounters) that shouldn’t stop me using hiking trails (or the internet).

But the film also works as a different metaphor. Namely, a ‘bear-encounters-person’ film. Bear (read naïve internet user) is minding it’s own business when a human with a glass third eye attached to its head comes hurtling along a bear path towards its left flank and bear reacts defensively, charging without any understanding of said-human nor non-weaponized digital-camera technology.

An example of this switch in POV is an older interactive film called Bear 71: The Intersection between Humans, Animals and Technology (for full retro-viewing graphics best seen with Original Experience – Adobe Flash; ‘About’ will give background story of Bear 71 trying to be a bear). (Credits: Jeremy Mendes and Leanne Allison and the National Film Board of Canada).

In some ways, that is how I experience internet technologies, and the mass use of technologies – an unknown quantity that may or may not be benign to nature and people I care about. In other words, the best of the internet may follow the Google motto of ‘Don’t be Evil’, but as is common knowledge, ‘The road to hell is paved with good intentions’.

Perhaps along with bear spray, we need to develop a troll spray, and move at slower speeds when in unknown territory.

—
This post was previously published on LUCDH and is republished here with a Creative Commons license.
— 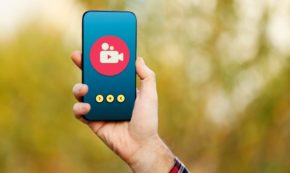 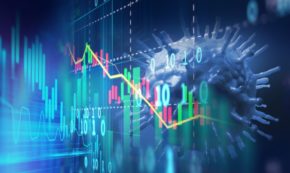