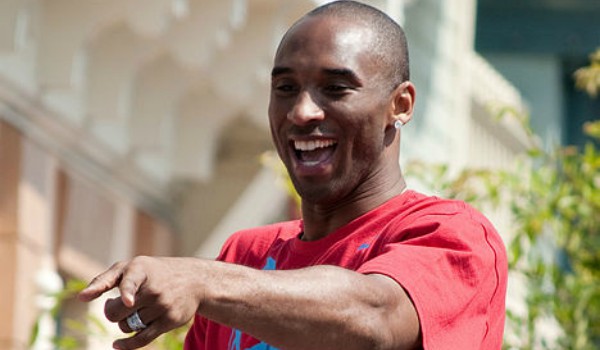 When the news flash came across, I awkwardly asked my son beside me, “Did you see it? About a pro athlete. Is it true?” I couldn’t bring myself to say your name. Since, Coldplay has been helping me make sense of the unthinkable.

Like you, basketball has been a consistent best friend to me. From my couch with Dad and the Knicks to youth and high school leagues, to pick-up games in college and beyond, and now rec-league coach, I’ve never traveled far without basketball near.

I talked about you often throughout the years with my basketball-playing boys. To encourage them to play other sports, I explained how soccer made you a better basketball player. That footwork! I never talked enough about your other Mamba qualities.

You left us soon after my older daughter’s diving meet ended. New to the sport, she finished within a few points of qualifying for regionals. Surprised, she smiled and said afterward, “I had no clue. I wasn’t really following the scores.” She is about hard work, preparation and team. Competition, almost an afterthought.

“We were just trying to make Kobe proud of us,” that’s what basketball legends like Dwayne Wade are saying. You were generous with your time, inspiring and mentoring everyone from youth players at your Mamba Sports Academy, to NBA up-and-comers, to women in the WNBA. “He was special to all of us in different ways,” said Coach Pop.
Like me, you wanted to “Be Like Mike,” the jingle from that everywhere commercial of my youth. Michael Jordan may have inspired your game, but many inspired your life. You were famously thirsty for knowledge — asking, probing and learning — striving to be better today than you were yesterday. Always in a hurry to conquer life.

Your past missteps caused undue pain to some, I know. You seemingly spent a lifetime trying to make things right and formed enviable relationships with women since. Some say this dark period led to your Mamba Mentality and being a Girl Dad to your daughters.

A few days after the news hit, I pleaded with my younger daughter again, “See how Kobe coached Gigi? I always thought that would be us. But, you need to have the love…” She rolled her eyes, “Right Dad, my love is somewhere else… Dance.” When I reminded her that I can’t help her there, she quipped, “Exactly!”

That young lady has Mamba-attitude.

When I finally turn off Coldplay, you and Gigi reappear. Still courtside, up higher now. Smiling, watching, talking hoops. Vanessa said it best, “There is no #24 without #2.”

Except this time you’re not watching players run up and down the court. You’re watching and inspiring Us… to be the best Mamba we can be every single day.