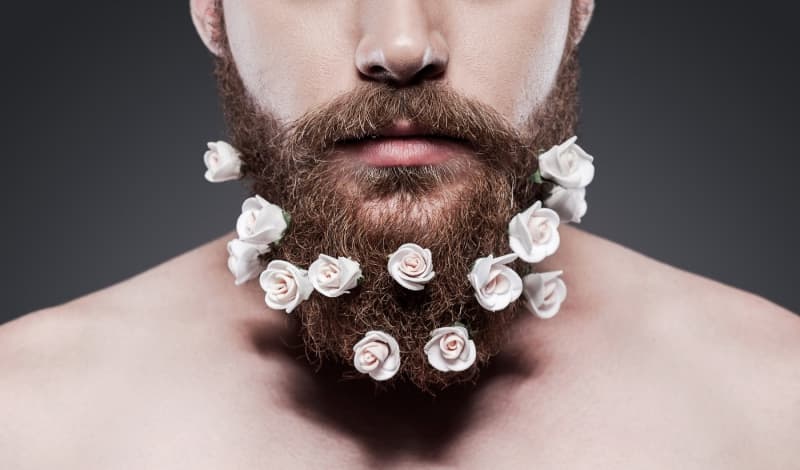 Let’s clear this up once and for all — beards are sexy. And frankly, it is a damn shame to a see a man who is capable of growing a nice spread of facial hair forgo his God-given stubbly gifts to the razor.

But there is a catch — I’m not just talking about any kind of beards. Certainly not the unruly, extra-long variety that conjure disturbing thoughts of what might be breeding among the wiry tangle. No.

The kind of beard I’m hitting on is the simple but effective full-trimmed beard or the gorgeously heavy stubble. Either will do just fine. In fact, a write-up at her.com states “that a neatly trimmed full beard tops the list of things a man can grow on his face by virtue of the fact that it shows he has the patience to grow a beard and the wherewithal to keep it neat and tidy.”

Beards are much more than just a fashion statement or the ever-contentious subject in the domain of male grooming practices. From Grizzly Adams to scruffy day-old stubble, they are essentially a manifestation of a man’s masculinity and imbued with social messages.

I have been asking around; getting the facial-hair low-down with some of my lady friends. Turns out, I’m not the only woman who cheers and celebrates the heavily stubbled jawlines of our male counterparts. There are others; many others. Women everywhere find beards incredibly tempting and as it happens, studies report that beards can play a significant role in a man’s love life.

Researchers from the University of Queensland in Australia gathered data from 8,520 women and concluded that: “Overall, the women said the sexiest men were those sporting heavy stubble, followed by short stubble. Men with full beards and clean-shaven men were rated the lowest on the overall sexiness scale.”

The heavy stubble or well-trimmed beard has been said to make a man appear confident and approachable, too.

A quick pause and worth reiterating: Do not confuse the alluring, well-trimmed beard with the scruffy snack holder where you store crumbs and other food morsels that it happens to catch. You know, the full-blown beards that might tempt you to decorate with seasonal ornaments come Christmas time.

Please don’t do that.

And please consider removing the porn-stache if that’s your thing, too. Think John Holmes and then think again. The early pornographic actor’s life may have been measured in inches but in this case, the inches work against you.

I mentioned as much to a brief love-interest of mine when I had first started seeing him some years ago. I know, it sounds a bit … erm … mean, but he was really out of touch with the what-goes of facial hairdom, and he wasn’t nearly over 50.

Brief pause: Dear men, if you’re over 50 you have earned the right to do whatever you like with your facial hair, with the exception of a soul patch (the small tuff of hair between the lower lip and chin) and the goat patch (extended version of the soul patch).

Anyway, love-interest quickly took to the razor and emerged from the bathroom with an upper-lip that resembled a freshly plucked chicken. Porn-stache was gone but something was terribly off … the clean-shaven look just didn’t suit him. Nor did he feel comfortable minus the lip rug. So, he embarked on growing and maintaining a nice heavy stubble.

And it was sexy.

It’s not just women who prefer bearded alpha males — men also prefer men with facial hair. The same study revealed that “men feel more masculine by growing a beard — had higher levels of serum testosterone, which was linked to a higher level of social dominance. They also tended to subscribe to more old-school beliefs about gender roles in their relationships with women as compared to men with clean-shaven faces.”

The authors of the study theorize that for women who are looking for a long-term mate, beardedness may be more attractive as it “indicates a male’s ability to compete for resources.”

Many women tend to associate more masculine faces with physical strength and social assertiveness, finding men with facial hair to be attractive and dominant, both socially and physically. The beard enhances these traits in men and is a strong representation of masculine energy.

Kind of like the Yin and Yang dynamic between the sexes.

Most people know or have at least heard of Yin and Yang. Yang is masculine and Yin feminine. Everything contains Yin and Yang energies, including each of us. They are two opposite yet complimentary energies.

The ancient Taoists believed that every relationship is a complex balancing act, namely balancing Yin and Yang.

And there may lie a man’s love-destiny and self-fulfilling prophecy — in the lovely folds of a well-groomed beard.

Having said that, I am starkly aware that some men have difficulties growing facial hair, or just plain prefer the clean-shaven look. As does some women. All of which is totally fine. So long as there are fewer neckbeards and Fu Manchu in the world, we’re all winning.

Kim Petersen is a USA Today Bestselling author of the new (and upcoming) Blood Legends series, The Ascended Angels Chronicles, and co-author of the Stone the Crows series. Her debut novel, Millie’s Angel received a gold award in the 2017 Dan Poynter’s Global eBook Awards.

Kim is a regular contributor for Medium publications like, P.S. I Love You, The Ascent and Curiosity Never Killed the Writer, to name a few. Her articles are frequently curated by the Medium editorial team.