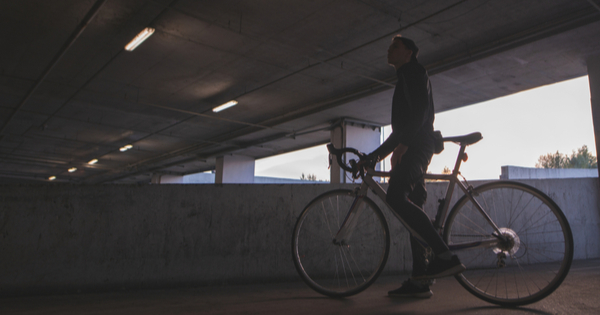 I bent over my bathtub and blindly guided my electric clippers over my head. I started with a number 2 guard, which is one guard away from just using the clippers alone. I rubbed all over my scalp against the grain, with the grain, sideways to the grain. A pile of mostly dark brown hair clumped in the tub.

When I looked in the bathroom mirror I could see myself without bedhead, without greasy hair, without having to choose to style my hair other than it being there. Some gray salted the brown. A few strands flossed between my ears. Later, I found a tuft at the crown of my head—the intersection between my hair going forward and backward.

L used to cut my hair. When we were getting married, I wanted to save money and thought about what wasn’t necessary. Paying $15 for a buzzcut seemed unnecessary.

So, we got a set of clippers and every month I would sit on the edge of our bathtub and she would guide the guard over my head. Only once did she forget the guard and my hair cut to its shortest. Hair grows back.

In fall, I moved out of our huge apartment to a studio downtown in Orlando. I moved about a mile away from the other place, what was our place, but I felt light years away from L. I wondered, who was she? Why hadn’t she been able to tell me she was sad and unhappy? How long had she felt that way? Was not wanting to be married making her sad and unhappy? Would she feel joy after the divorce?

After I moved, I began to go to barbers for my haircut again. I’d pay $15 and tip. Sometimes my buzzcut cost $20. I just wanted it done quickly and by someone else.

L and I quickly moved through filing for divorce. At the beginning of the year, we got a court hearing. Nothing was contested, nothing was stopped.

I thought that I had accepted it, but I was numb, I was protecting myself by working, working, working—weekend events, on-boarding interns, a 15,000 person expo, more weekends, training a new hire, even more weekends. Finally, I had scheduled some vacation that didn’t have to do with visiting family and trying to explain a decision I hadn’t made and receiving their condolences like a death. I had planned a trip to Moab in mid-March to see friends, to explore the wilds, to get away from Orlando, work, the divorce. Then, the virus shut down tourism and travel and work.

My work’s building closed to the public. I rescheduled my trip. I worked two weeks in our closed building next to all the other quiet museums in the nonprofit park. Then, I spent one week remote creating levers to pull and turn off programs that I had managed like flipping the lights when I knew I would leave. Then, I was furloughed with two weeks of PTO to cash out and health insurance promised and the ability to apply for unemployment and other jobs, while knowing my job would be there if it reopened, if people wanted to come in groups and touch things other people touched, if I wanted to return. So, I was seemingly secure, but I buzzed my own hair.

I’ve begun to grieve my marriage. I now know I was in denial and while I was feeling angry, I wasn’t yet feeling the regretful bargaining and sad depression. I’m feeling these stages now. I’ve re-read over old e-mails and texts and written an apology and remembrance letter. Everything and nothing helps. I know this will pass, but I have to go through it.

A decade ago, when L and I first got together we were the off-again, on-again couple. There was a pattern. I hadn’t thought that a pattern repeats itself. All I remembered was that once she had said she would be there for me like I was there for her, but now she isn’t.

It’s obsessive, but after my haircut by myself, I wanted to find her. I knew I couldn’t see her during this time. Also, I knew that I could text her, but our messages have been like speaking through a key-hole of a locked door.

I knew L had moved out of our old apartment. I approximately knew where she was living downtown. However, I hadn’t bumped into her at alL I knew she was up at her parents’ north of Orlando to work from home since she couldn’t have internet installed in her new place yet, but still I wanted to know where she was. Maybe I wanted to physically know where she was since I didn’t know where she emotionally was. I hoped to exhaust myself by biking away from where L lived, but I biked into our past.

I took my bike out on the empty bricked streets of the city beautiful. I biked past our old apartment. I biked past our community garden plot overgrown with basil, but also clustered with kale and heavy with peppers.

I wondered if still L used that raised bed or if she had left it like me. I biked under the expressway as a group of gals biked by enjoying their own echoes and then yips and then screams. I biked away from them but still heard screams and then I heard the sirens. Blue and red lights whirling in the opposite direction to some ugly emergency. I followed them past my apartment building and my lonely studio and into the heart of downtown and then toward one of the health centers. I knew L lived nearby.

I circled one side of the street. A new building called “Novel,” seemed out of her price range, but what did I know since she had bought a brand new car during our divorce? I wound through the parking lots looking for her car. I stopped by several of the same make and models, but their license plate tags weren’t new enough and when I peeked through their windows I couldn’t see anything of hers.

I biked across the street. Two two-story block-buildings of an old bungalow Florida style sat squat off the side of the road. I saw the parking spacing were numbered. I turned off my bike’s lights. I looked up at the matching apartments. I wondered if I would see our old welcome mat or a curly croton in its pot or a dreamcatcher hanging from the curtains or some piece that I knew would connect me to L. I puzzled through the two complexes and came out of their alley thinking I would make another loop, but then I saw a patrol car rolling along the street and turn toward me.

I turned my rear light on. I turned on my front light. I biked away from the apartments. I biked toward the expressway. When I signaled to turn I saw the patrol car following me. I continued under the expressway and stopped at a red light. I put my foot down and waited. I scratched an itch on my buzzcut and looked off to the side where the patrol car idled and then rolled through the light as it changed to green.

Chris, Nice piece. We’re definitely at a time of transformation. Some things are ending and others beginning. Some are going under and some are sprouting upwards. Some are dying and some are being born. Its a time of endings and new beginnings. We do live in interesting times.

FacebookTweet4PinEmailShares4
wpDiscuz
1
0
Would love your thoughts, please comment.x
()
x
| Reply
Share this ArticleLike this article? Email it to a friend!
Email sent!