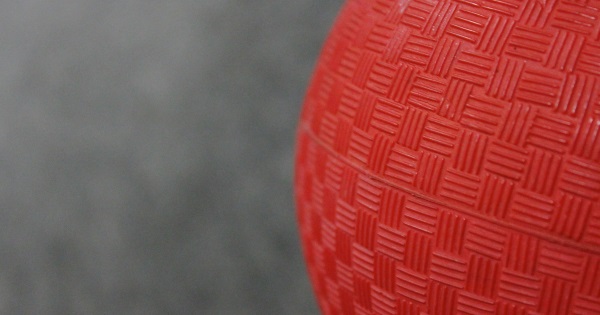 I had thought the issue of dodgeball had been resolved.

Dodgeball was extremely popular in my youth. Even though I’ve passed the half-century mark (only just barely), I still have a visceral negative reaction to the thought of that evil red ball heading straight for me. I can still hear the high-pitched bounce of the basketball-wannabe bouncing off the school’s overwaxed boards.

I had a friend in middle school who was something of a bully. He made it clear to the other side: Anyone who hit me would feel his wrath. So as long as he was in the game, I was safe, but only because I had a protector. And when he wasn’t in the game, I was an open target.

I’ll admit, on those rare occasions when I managed to catch the ball, my hands stinging with triumph, I was happy. But in retrospect, that wasn’t really worth the fear I experienced the rest of the time.

I’ll also admit that I sometimes wanted to play, if only to be included in the Cult of Boyhood that I generally felt peripheralized from. My real-life bodyguard helped me feel at once like I belonged and like I was cheating to be there.

And mostly, I didn’t really want to play. I wanted to play baseball, but for that I was picked second to last, having befriended someone who was even worse at it than I was. And there was a whole complexity to that.

I also liked four square, at least until the trauma of dodgeball ruined any positive association I’d had with that red rubber ball.

Years after I’d moved on from my own dodgeball era, I read that schools were beginning to ban it. It’s too rough and violent, the argument went. There are too many injuries.

There were rebuttals, of course. Critics of the ban pointed to the popularity. To the fact that children get hurt in other sports, that football is far more rough-and-tumble, that it teaches competition and agility and how to lose with dignity, like a man.

Like a man: This seems always to be at the core of every defense of something that brings pain to lesser beings. Take it like a man.

Despite the complaints, the bans spread out. And other than a certain comedy a few years back, that was, until recently, the last I’d heard of dodgeball.

Recently, I was on a teacher discussion board, and the topic of some school or other banning dodgeball from its PE curriculum came up. I was shocked to learn that there were still PE curricula with dodgeball, but there it was.

Apparently there are now Nerf-style balls that are used instead, so they don’t cause pain. The rules are basically the same, but the injuries are less.

Reading the comments on that board, engaging in the conversation, I came to realize the real problem with dodgeball isn’t the injuries or the risk of pain. The problem is the rules, and what those rules teach.

With the exception of paintball, which I would hope no school would entertain as part of the PE curriculum in this era of school shootings, and gaga ball, which is an apparent mutation of dodgeball and foursquare, I can think of no other common games where the goal is to make a target of another human being.

Football is indeed rough, and I personally think that tackle football should be banned until college because of the risk of brain injuries alone. But, philosophically, football (with its cousins: hockey, soccer, rugby, and so on) is “keep away” with rules. You throw the ball to your own teammates in order to keep it away from the opponents.

Dodgeball is the only sport I can think of where you deliberately throw a ball at another player, with all your strength, with the hope that your speed and cleverness are enough to hit them without them catching it. You are making a target of another human being.

It might not be as physically painful as football or hockey, or even as physically dangerous as baseball or softball (where a momentary lapse of attention can result in a concussion). Even the old red ball doesn’t do as much damage in a direct hit as might be caused tripping and falling to get out of the way.

But the philosophy of it, the pure sadism of the rules, the kill-or-be-killed mentality that makes it a sadly American sport… that’s where the damage comes from.

When I’d get hit by a ball, there was not concern that I might be injured. Of course I wasn’t deeply injured: The physical pain would pass. Instead, there was glee that I’d been picked off.

When I hit someone else with a ball, I experienced the same glee: Huzzah! I have outsmarted you!

More than any other sport, dodgeball trains children (especially boys) to turn off their empathy. It’s true that bullies love dodgeball, and that adults who are monitoring games need to be mindful of that. But I think it’s also true that it teaches boys to be bullies, and to revel in that side of themselves.

So it was stunning to me to see how many adults in this teacher group were defending dodgeball. As their defenses grew more strident, visceral, and unyielding, I recognized that there was something far deeper at work than a silly game with a silly red ball.

This is about the psyche of our culture: Do we support continuing to train children for a dog-eat-dog world where any empathy we might have is less important than winning? Or do we support getting rid of traditions when we recognize the harm they’re causing us?

For me, it’s the latter. There is simply no lesson other than “kill or be killed” that can be taught only by dodgeball. Any other lessons, about teamwork, about strategy, about quick thinking, about agility… those can be taught in a variety of sports and activities. For this reason, and for the trauma it brings, I continue to feel that dodgeball doesn’t belong in a formal PE curriculum.

At the same time, though, it’s more than just dodgeball. It’s how we see the world, and how we see competitive interaction. And it’s time for that to change, across the culture.
—

—
Image by Lindsay_Jayne from Pixabay