In this installment of “Love, Recorded,” Matt questions the idea of luck as one unfortunate event after another befalls his family in the new year.

We are poor enough that instead of a door to our kitchen, we have a shower curtain. The rod is too long for the opening, so I lodged it between a cabinet and the side of the doorframe. Our landlords, who used to live in the identical apartment upstairs, gave us the idea. It was I who made the mistake of buying a shower curtain instead of a regular curtain and the mistake of the too-long rod. Sometimes marriage is realizing how much you used to get away with when you were single.

This rod, a few days into 2012, falls on my wife’s head. She walks into the kitchen and it comes toppling down for no reason. When I get home from work, the opening to the kitchen is a gaping mouth. She says we are lucky she put down the baby first.

Everyone in our house is recovering from colds. New Year’s has passed and our floor is not as clean as a clean start. In Korea, the state of the house at midnight when the year changes represents the year. You take out the trash, the bad luck, clean up and clear the way for the good. We tried to clean, but baby Grace isn’t so good with a vacuum.

I put the shower curtain back up now, squeeze it in tighter than before. Not a week later I wake to my wife’s sleep. It is the middle of the night. I feel barely alive. I don’t know how to explain what I do next. I leave the bed, see that the rod has fallen on her head again, worry that I am in trouble for putting the curtain back up, ask if she is okay, then return to bed and fall directly back asleep. It was like a dream, I say, trying to excuse myself later. It was like I was sleep-walking. We have been so tired lately. Grace isn’t so good with sleep.

The “Love, Recorded” column started years ago as an essay detailing a spate of bad luck.

We were still in Korea then. I had slammed Cathreen’s hand in a door, and to apologize, I had drawn a bath for her, with candles, one of which caught her hair on fire. Soon after, she chipped her tooth. This was before our wedding. A bump grew in her hand and she will never forget this. It is still amazing that we made it through that.

When I get home later in the day that I slept through her injury, Cathreen has cut her hand with a knife. It is starting all over again, I think. I try to save myself, but it will take a week for her to forgive me this time. I am lucky it is only a week.

This head injury is not the only bad thing to happen. I have been having problems in the publishing world. I slammed my finger against something and now it is black and blue beneath the nail; the same for one toe. Each night, Grace goes to sleep after 3 a.m. Her teeth are coming in and she’s starting to crawl. She hits her head on the wall, or the floor, several times daily. In the middle of the week, we suddenly owe money for something we thought we had paid. Cathreen’s arthritis pains reappear. Her rash returns. Small hive-like mounds form a range across her stomach, and itch. One night, Grace wakes screaming and coughing and can hardly breathe. When we call the hospital, she appears fine.

But I told my wife I would stop writing about luck. We have been trying to think positively.

But I cannot stop. I left out a dozen mishaps in the list above.

My belief in luck seems to me somehow tied up in my belief in Korea. (Yes, sometimes the existence of Korea seems a matter in doubt.) I’m not sure when I started believing, but I can tell you a story we sometimes tell people about fortune-telling. I hope my wife will allow this—it is all in the past.

The story requires a little background. I should tell you that I was born in Korea and abandoned by my birth mother soon after birth, raised in an orphanage until age two, when my parents adopted me. I came to America sick, or got sick soon after, and almost died. I have no memory of this time. All of my life has seemed American to me.

Before we got married, years ago, Cathreen saw a fortune teller, a normal event in Korea that, I should say, had no bearing on our pending wedding. Likely, I had asked her to ask about me, curious myself. My wife gave the fortune teller my date of birth and waited to see what the woman would say, waited to see whether or not to believe. The first thing the fortune teller said was that I was not alive. This person should not be alive, she said. This person should have died when he was two. My wife said that I was alive, though she must have started believing at this point, at least a little. America or Australia, the fortune teller said, as in, in which did I live. My wife had said nothing about me being a foreigner. In fact, I have lived in both countries. My wife has lived in Australia. She said America.

Once, a fortune teller told Cathreen that she should bring her cat when she moved to Boston. She hadn’t told the man she had a cat, I don’t think.

As I understand it, luck is like an old-fashioned well, one from which you can only draw once a year. You lower the bucket and however much you bring up is how much you have, used up little by little, until it is gone and you have to wait until next New Year’s Day.

We have been waiting for New Year’s, you see.

Then we are waiting for the lunar New Year, like a second chance.

A week after the shower curtain incidents, we try to tell ourselves that this was a warning from the Big Guy. That the rod was loose and about to fall and could have hit the baby. Good thing it didn’t hit the baby, we say. Because of those two accidents, we have abandoned the curtain.

I am taking care of our daughter in our newly designed play room (formerly our dining room), trying to make her laugh by moving close to her face then far away, while Cathreen cooks. The baby likes a game where you tell her she’s taking the elevator, up one floor, then the next, then the next, until you zoom down all at once. I think about the songs like “Rockabye Baby,” which end in falling, in disaster. As we are playing, I smell something, and yes, I lift her to check her butt. But above me is our light fixture, and as soon as our baby starts crying, I have this unlucky feeling that 2012 is going to suck.

You are a lucky man, to have found a wife who is willing to stick with you through such hard times. Most men live a lifetime without ever meeting, let alone marrying, such a person. You feel like your family is making the journey of life in a leaky boat that has many holes in it. Would you rather be a typical husband with a good boat, but constantly threatened to row faster and faster “or else”? Would you rather spend you life desperately rowing from one mirage of female happiness to the other, knowing that you can only postpone… Read more »

My wife is a marvel, for sure. Thanks for reading (and commenting), Anthony. 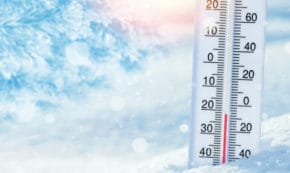 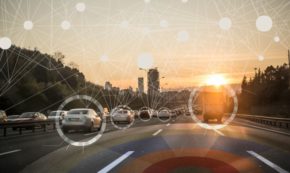