“Polyamory must be tailored to personal circumstances; it is broad enough include both relationships that are entirely fluid, and ones that reinforce patterns of stability,” writes Angelus Morningstar.

Polyamoury and other forms of consensual non-monogamy cannot depend on traditional conventions to set the expectations of relationships and requires fluid negotiations around boundaries. The joke runs that the difference between swingers and poly is that the former gets to have sex with other people, while the latter simply talks about it.

The most powerful component of polyamoury is that it is dynamic or fluid. It challenges presumptions that relationships must be based on stability, longevity, and exclusivity. This article seeks to reflect on this, to unpack the way in which poly and non-monogamous people redefine fidelity away from its traditional expectations.

The underlying tension is a question of mental and emotional security, as we derive personal security from the people around us. They are touchstones of our lived-experience and mirrors to our psyche. We engage with people through various affinities, and in return we are informed by the company we keep.

The experience of security for any given relationship is a psycho-social paradigm. Traditional relationships exploit a ready-made model of security through romantic, emotional, and sexual exclusivity. The paradigm creates a shared space of intimacy where we can eschew our personal defences. Poly people have since developed a large repertoire of paradigms to customise relationships.

For some, it is necessary to recognise the privileged status of one relationship over another or establishing precedence, even using labels like primary/secondary. For other people, the formalisation of such relationships is antithetical and would prefer a paradigm to be more anarchical. Generally, most poly dynamics tend to exist somewhere on the spectrum from strongly defined hierarchies to loosely defined anarchies.

This article argues that both poly and mono people (usually) seek fidelity, but have different expectations on what it constitutes. This is etymological sleight-of-hand, as I’m splitting hairs over usage of the word, between the technical meaning of ‘loyal’ and ‘faithful’, and deliberately setting aside the social connotation of also meaning romantic and sexual exclusivity.

However, this is an instructive sleight-of-hand, because it allows us to face the challenge presented by this article: how we can construct an ideal of fidelity that can suit a given relationship, formed through honesty and loyalty but not necessarily with exclusivity.

Social convention typically links the fidelity of monogamy to a range of material and emotional security. It all underlines the socio-economic advantages that established couples (or groups) possess, and their implicit reciprocal material (i.e. financial) commitments. The reality is that threats to the relationship put that material security into jeopardy as well.

Material components of relationships cannot be understated or ignored (especially if children are relevant). Nevertheless, one advantage that poly offers is exploring the permutations of relationships. A couple (or group) can still remain as a family unit, while permitting “extramarital” romance and sex, even after their own relationship is no longer romantic or sexual.

Yet, all of this ignores the major unspoken issue while also begging the question on whether opening a relationship must signal the beginning of the end. The reality is that sometimes the healthiest option is to bring a relationship to an end upon good terms, and make conscientious choices about what that means in terms of family, finances, children (if relevant) and other lovers (if relevant).

This is part of a broader conversation that is circling poly communities (but going back a while): namely, the notion of couple privilege. It looks to the societal advantages established couples have, especially if they pass as traditionally monogamous. From a poly perspective, this draws attention to how certain relationships are considered more legitimate than others, by implying that casual affairs, triads, moresomes, and swinging must be less legitimate.

Part of that critique considered polyamoury as being a privileged activity accessible to “rich, white, pretty people”. In other words, poly amounts to little more than indulging personal and hedonistic affleunce, made possible through socio-economic advantages.

It’s a seductive thought, but there are a few direct responses, including polyamoury enabling social mobility, and the prevalence or meaning borne from non-monogamous relationships outside the West (some would read similar to polyamoury, others not).

For poly folk, this is background noise to more personal discussions around fidelity, authenticity, and recognition. They are perhaps put in a most stark relief when an established couple opens their relationship up (especially in search of a third).

One of the contentions around this is the use of labels and definitions, because they tend to categorise people. There is certainly a power in calling one partner a spouse and another a lover, as this implicitly privileges one over another. On the other hand, there is nothing intrinsically wrong with this, when those terms are used consciously.

Labels are useful to break down complexity, which is a really valuable tool when dealing with complex relationships like poly. So while all these relationship terms come prepackaged with their own baggage, that doesn’t mean they can’t be helpful if we are mindful and accepting of said baggage. For couples opening up for the first time, labels and names are beneficial in dealing with the uncertainty of negotiating a new paradigm of fidelity.

More importantly, for established couples (and groups) recognising the history of a relationship is important, particularly ones that have several years behind them and have functioned as families for children.

There is a world of difference for poly folk entering into relationships having experienced non-monogamy prior, compared to historically monogamous couples who are just starting out. The former are already aware of their own preferences, while the latter are only able to discover this in the context of their partner.

This is not to say that poly must be a solo journey; being poly is as much about the relationships as the personal experience. Poly is adapting to multiple and possible changing circumstances, to develop a nuanced skill set of negotiation and compromises.

This is both a strength and a limitation, because established relationships come with built-in support for times of uncertainty. However, the attempt to discover a new and unique experience that is both personal and authentic is encumbered with an existing partner.

That is, when exploring poly and openness as a couple for the first time, it is almost impossible to self-discover without implicitly reflecting back onto the partner.

This discussion outlines a tension within poly communities over the ‘right’ way to have relationships. Mostly this is criticism of the perpetuation of hierarchy in relationships, which conform to relationships of control, dominance, and power.

However, in accepting that the dichotomy must be hierarchy-anarchy, one makes the presumption that all non-anarchistic relationships must be hierarchical. The usefulness of this critique is the way it gives licence to questioning the structures of relationships, to consider whether certain dynamics within the relationship aren’t just following entrenched systems of power inherited from social conventions.

Polyamoury has an underlying message of embracing fluidity, but ultimately it must be tailored to personal circumstances. Specifically, polyamoury is broad enough include both relationships that are entirely fluid, and ones that reinforce patterns of stability. In principle, all is permitted provided mutual informed consent is practiced.

The fidelity of non-monogamy is formed through consent, including the consent of the newly included. Consent can be governed explicitly by rules or consent can be informed implicitly by knowledge of personal boundaries; the former is easier to negotiate but the latter requires a knowledge of a partner’s needs. As long as there is honesty and loyalty, non-monogamy can have fidelity.

Angelus Morningstar has a fascination with the intersection of humanity and the environment, through the medium of technology. He is particularly interested in the way that technology reconfigures human society, and humanity’s interaction with the environment.
He writes from a broad mix of academic and community experience, which includes 15 years of political activism, and an education in legal theory, public policy, sociology, politics, and international relations.

Angelus, thanks for an interesting discourse on some aspects of polyamory. There’s a lot more that could have been said, but I think the idea of opening a dialogue around what we call things, and how we frame the notions of fluidity and fidelity, is a great place to start. Thank you for that. 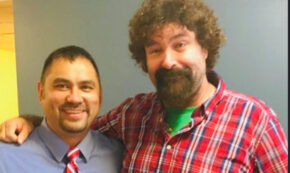 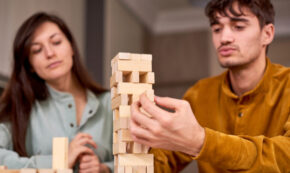 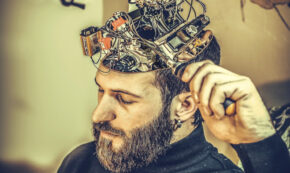 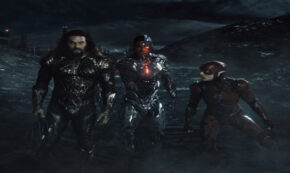 FacebookTweetPinEmailShares7
wpDiscuz
1
0
Would love your thoughts, please comment.x
()
x
| Reply
Share this ArticleLike this article? Email it to a friend!
Email sent!