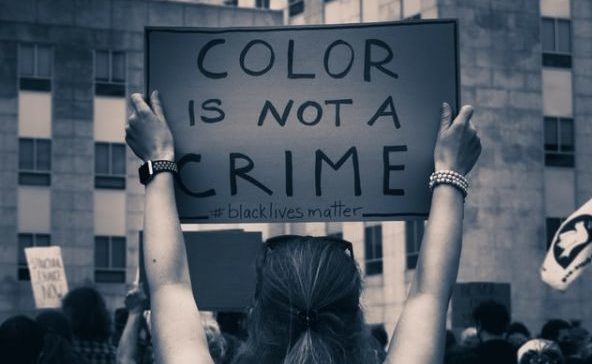 On Juneteenth, the holiday celebrating the arrival of the news of emancipation from slavery, rallies were held throughout the U. S. It was the Friday before the weekend of the Trump rally in Tulsa, at the end of the fourth week of protests over the murder of George Floyd, and a week where 23 states had upward trends in new coronavirus infections (and states like Florida had seen record increases of over 3,000 new cases per day for 4 straight days), when DT took another shot at ending the separation of powers in the U. S. government. And he did it while trying to hide it behind a whirlwind weekend.

He fired Geoffrey Berman, the U. S. attorney for the Southern District of New York. This is one of the most powerful independent legal offices in the nation, one that is investigating DT’s associates including his present personal attorney, Rudy Giuliani, and previously investigated his former personal attorney, Michael Cohen. But the fight is not over.

He first attempted to do this on Friday, Juneteenth. He had Attorney General Barr falsely announce Mr. Berman had resigned, and that he would install his own candidate, Jay Clayton, the Securities and Exchange Commission Chairman and a friend of his, to the office. But Berman issued his own statement. He denied he had resigned and stated he refused to do so. The President then had to officially step in on Saturday, the 20th. The result of Berman’s defiance and the negotiations which followed was that Barr and DT could not immediately install Clayton to the post, and had to allow Audrey Strauss, Berman’s deputy, to temporarily assume the office and thus continue current investigations⎼ at least until the Senate could approve a permanent successor.

This will not be easy for DT to accomplish, as even his supporter, Senator Lindsey Graham, has said that he would not allow the Clayton nomination to move forward without the approval of the 2 Senators from New York, Chuck Schumer and Kirsten Gillibrand, who have called on Clayton to drop out of contention for the office.

This follows months of DT firing 5 Inspector Generals and pardoning corrupt officials. He has threatened to formally adjourn congress and subvert the constitution.

In May, Eric Lutz, in an article in Vanity Fair, speculated that DT might be trying to set the stage to cancel the November election. In the midst of the Coronavirus pandemic, DT threatened to withhold federal funding from Michigan and Nevada, “lying that the states—each of which is governed by a Democrat — are allowing illegal voting.” He attacked the state of Nevada, “baselessly accusing it of attempting to ‘cheat in elections’.”

He claimed voting is an “honor” not a right guaranteed by the constitution and he and his adherents in the Republican party are doing all they can to disenfranchise voters, especially voters of color.

The protests in the streets calling for justice for the murder of George Floyd and other African Americans by police are one of the few forces protecting the last remnants of democracy in our nation right now. The protests have spread not only throughout the country but the world. Not only do the protests proclaim Black Lives Matter but the civil rights protections in the constitution matter and must be enforced. Our voices matter. They show politicians and other people with institutional power that the power of the people once released will not be silenced. Enough is enough.

And DT is clearly afraid of the protests, as well as polls showing him trailing Joe Biden by a considerable margin. In February, as COVID-19 was just striking the US, before he even became the recognized Democratic candidate, Biden was leading DT by 4.8 points. In June, Biden went ahead by 8 points or more. A June 17 poll by Reuters/Ipsos showed Biden ahead by 13 points. In swing states, Biden is gaining considerably, putting into play states that used to be Red.

Even the Tulsa rally this weekend, which DT said would be filled to capacity and was supposed to lift his spirits and campaign, failed to do so. He had to cancel planned outdoor events because the audience for it did not exist. Even inside the arena, a good portion of the seats were empty. The Tulsa Fire Department estimated there were under 6,200 people in the 19,000 capacity arena.

Trump blamed the limited attendance on the media and the interference of protestors outside the arena. But the numbers of in-person protestors was relatively small. If anyone had a hand in the smaller numbers, besides DT himself and his declining approval ratings, it was young people. TikTok users and K-pop fans said they registered for potentially hundreds of thousands of free tickets, and then posted they couldn’t go.

DT is losing in so many areas. Whether he actually tries to cancel or delay the election, pull a surprise coronavirus vaccine out of the air to distract voters from his malignant, corrupt, negligent and racist response to the pandemic, or declare some other kind of “emergency,” it is clear this election is and will continue to be different from any other⎼ complicated by the coronavirus, more fraught with election interference from Russia or elsewhere than even 2016, more voters threatened or subject to long lines and other obstructions. We will have to get out the vote, prepare to protect polling places or to go to the streets to protect the election results.

And to secure the vote, we must act now. No matter our race, we benefit from joining the Black Lives Matter protests and calling for justice for George Floyd, Breonna Taylor, and so many others. Right now we can call Congress and demand an investigation into the firing of Geoffrey Berman, call for universal mail-in ballots, or more voting places, and early voting. Right now, we can call to protect the USPS. We have the coronavirus pandemic, the pandemic of racism, and we have DT. All 3 are interconnected and the time to fight them all is now.

Photo by Daimian Lewis on Unsplash

Facebook18Tweet5PinEmailShares23
wpDiscuz
0
0
Would love your thoughts, please comment.x
()
x
| Reply
Share this ArticleLike this article? Email it to a friend!
Email sent!