This article is the second in a series about the way we experience music, how it soundtrack our lives, and the way it helps us heal. Read the first article in the series written by Evan Stein, founder of Experience Music Group, here.

The more I come alive, the more important role music plays in my life.

Often, I wonder if music is what brought me to life.

But really, that’s not a question, it’s an acknowledgment. Music is an integral part of my recovery from more than 20 years of depression.

One of my good friends, Ashley Ayers, said once:

“I think words and music absolutely have the power to change lives.”

She’s right. I’m certain of that.

For me specifically, the words in music move me. In fact, the more intimate I am with my recovery, and the more I trust my intuition, I’m able to tune into an entirely new musical frequency. This new frequency is one where the Universe literally sings to me. I can be working, writing, or contemplating something when I’ll hear a lyric that syncs perfectly with what’s going through my head and heart. I often use lyrics in the articles and social media posts I write because they are inherent in my message and are usually provided with Divine Timing.

When I met Evan Stein, a Hollywood Artist Manager, we talked extensively about music. I loved the way he talked about music and the way it “soundtracks” your life. He’s absolutely right. It’s nearly impossible to hear a song and not be instantly transported to the time and place most closely related to that song.

Many older songs take me back to the roller rink, junior high dances, and high school parties.

Not only do the memories of the song come rushing back, but the feelings do too.

The instant feelings instigated by a song aren’t always a welcome thing. Sometimes songs transport me to a different place—a place that’s not always happy. Most frequently the songs (or playlists full of songs) that put me in a vulnerable position are the ones associated with previous lovers, a dark time endured, and the songs played at the funerals of those I loved and lost.

I celebrate the progress of healed wounds when I hear the songs that used to send me to a sad place without returning to the pain once associated with that tune. Even better progress is achieved when I feel gratitude for the painful experience as music invites me to revisit the memory with fresh eyes and an open heart.

The first song on my life’s soundtrack is one I visit often. It’s also a song associated with pain. However, I believe our greatest pain brings us our greatest insight. In my opinion, this song has incredible insight for a challenging time many of us endure (repeatedly). Prince sings, “Don’t worry about tomorrow, don’t worry about your pain. Don’t cry unless you’re happy, don’t smile unless you’re blue. Never let that lonely monster take control of you. Be glad that you are free, free to change your mind, free to go most anywhere anytime. Be glad that you are free, there’s many a man who’s not. Be glad for what you had baby, glad for what you’ve got.”

I remember in high school laying on floor of my basement bedroom, cranking this record and letting the tears flow after my first boyfriend broke up with me—and again many times after that.

Even today, when romance doesn’t work out as I planned, “Free” is a go-to song for the reminder I need to be grateful that I’m in charge of my own destiny and thankful for the lessons and experiences I gained from each encounter.

I now know that even if it’s been a while—or a lifetime—it’s never too late to return to the person we’re meant to be.

A few years later, I settled into “Unwell” as my theme song. I had embraced “crazy” by this point. There was no doubt I was in the throes of major depression and was even diagnosed as Bipolar II for a period. Life was spiraling out of control and I had no idea how to maintain control (as if I ever had any control in the first place). Depression for me was a matter of everything and nothing at the same time. Matchbox Twenty lyrics summed up my life perfectly: “Hold on, feeling like I’m headed for a breakdown and I don’t know why. I’m not crazy, I’m just a little unwell. I know right now you can’t tell, but stay a while and maybe then you’ll see a different side of me. I’m not crazy, I’m just a little impaired. I know, right now you don’t care. But soon enough you’re gonna think of me and how I used to be—me.”

Reviewing the lyrics to “Unwell” today, the talk of a different side of me and thinking of how I used to be, feels like a “plant” for the beginning of my Brilliant Transformation; because it clearly was.

From there, shit hit the fan; so to speak.

I lost both of my parents in the same year. In a turn of events that are only visible to me now, I was introduced to greatness at each of their funerals. In 2017, two members from my church (Lutheran Church of Hope) competed on The Voice. We were blessed to have both of these superstars sing at my parents’ funerals. John Mero sang at my mom’s funeral and Chris Weaver sang at my dad’s funeral. They each sang “Amazing Grace” in the way only they can (extremely soulfully and from their hearts). “I once was lost, but now I’m found. Was blind but now I see. ‘Twas grace that taught my heart to fear, and grace my fears relieved. How precious did that grace appear, the hour I first believed.”

While losing my parents is the greatest loss I’ve endured to date, further seeds of belief and grace were planted in this experience.

I started listening to Christian music in 1997. It was after my husband left and I was honestly looking for a country music station because I wanted lyrics that had a message. The irony of typical messages in country music is not lost on me.

By the time I lost both my parents in 2011, I listened exclusively to Christian music because it comforted me in so many ways.

In late 2014, I contracted two violent, concurrent chronic illnesses and did my best to maintain my Director-Level position reporting to the CEO of an insurance company while being incredibly sick. A song by Casting Crowns gave me the hope I needed to keep doing my best. “Hold it all together, everybody needs you strong. But life hits you out of nowhere and barely leaves you holding on. And when you’re tired of fighting and chained by your control, there’s freedom in surrender, lay it down and let it go. So when you’re on your knees and answers seem so far away, you’re not alone, stop holding on and just be held. Your world’s not falling apart, it’s falling into place. I’m on the throne stop holding on and just be held.”

I remember working until 11 pm at the office one night and listening to “Just Be Held” on repeat—for hours. A month later, my corporate position was eliminated. I was relieved. I recognized my dismissal as a blessing—not even in disguise.

For the first time, I surrendered and opened myself to new and different beginnings.

In that moment, my purpose became clear to me—I overcame the grave of depression to live a life of freedom and help others do the same.

“Don’t you dare look back, just keep your eyes on me, I said you’re holding back, she said, ‘Shut up and dance with me’!” Dancing became a way of life for me. It increased my vitality, became a necessary form of stress relief, introduced me to some amazing friends, and gave me something to look forward to each week. I went from a severely depressed state, spending seven years in bed, to dancing every weekend. I often tell people to “Shut Up and Dance With Me.”

There was no looking back—my life was on an entirely new trajectory and I decided to dance my way through it.

When I started dancing in 2014, I also started listening to secular music and my playlists went from exclusively Christian to a much wider range that included an occasional gangsta rap song. Afterall, my son and I share music.

It’s fitting that the current track soundtracking my life is from a rapper. It’s “California Love” by 2Pac.

I believe every single thing we experience (including the pain) is a nudge to our purpose and our best life. In 2017, I decided my best life is in California and on Independence Day, I moved from Des Moines, Iowa to the Los Angeles area.

I’m incredibly grateful to be here working on my purpose that has roots in music. And yes, I love California.

Let’s hear the soundtrack of your life. Submit here to join the movement.

Playlists can create memories and moods of all kinds. They are the most powerful medium in music. Streaming music companies spend millions developing algorithms and hiring teams of curators to create them, millions of people tap play on them each day. We get your music heard by independent music curators that manage playlists on Spotify.

Our mission is about helping artists create momentum in this new music industry model. We locate highly involved and enthusiastic fans who will stream, save and even buy music. We do that by locating listeners and getting you on their playlists. We are influencers and growers. Our model involves finding synergies and cross-promotion opportunities between artists and curators. We are the people behind that curator’s online success, the team helping them scale their music platform, growing their playlists and making a career out of their channel. 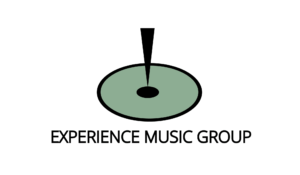 A playlist is one of the most intimate things you can share with someone. Thanks for allowing me to share with you. Let me know how I can help you get your music intimately played and known.