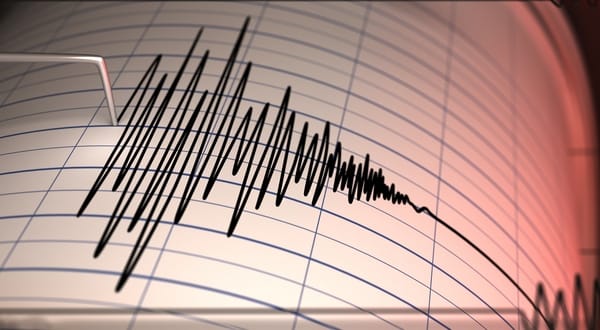 —
Some regions are more prone to earthquakes than others, and draw a lot of focus and attention from scientists and policy makers alike. Regions like California, Himalayas, New Zealand, Japan and the European Alps are particularly notorious.

In my country, the whole stretch of mountains from Jammu & Kashmir to North-eastern states has great number of geological faults, thus making the area vulnerable to earthquakes. In fact, the Himalayan region is prone to earthquakes of magnitude as high as 8 to 8.6.

In this post, I’m going to answer some of the frequently asked questions about this very common natural disaster.

WHAT IS AN EARTHQUAKE?

Earthquakes are a type of natural disaster, resulting from sudden release of energy within the earth’s crust. The energy is generated as a form of potential energy, due to the intense temperature and pressure and stress and strain that the rocks below the ground are subjected to. The energy is called seismic energy, and travels in the form of seismic waves. It is the motion of these waves that we feel as tremors on the ground. In fact, if the earthquake is strong enough, we can actually see waves forming on the ground. Yes, I’m serious.

WHICH IS MORE DANGEROUS; SHALLOW OR DEEP EARTHQUAKES?

Seismic waves are of two types, Body waves (P-waves and S-waves) and Surface waves (Love waves and Rayleigh waves). The main difference between the two is that body waves travel deep inside the earth’s crust while the surface waves travel on earth’s surface, possessing major threat to both life and property (a lot of interesting research has been conducted using these properties; I shall cover them later).

Surface waves are more dangerous than the body waves. That is why shallow earthquakes are a greater threat; most of the seismic energy travels as surface waves.

WHAT IS THE DIFFERENCE BETWEEN FOCUS AND EPICENTER?

Focus and Epicenter are two important terms associated with earthquakes, that cause a lot of confusion. Focus is the point of the fault, from where energy is released/ earthquake is triggered. This is within the ground. The epicenter, on the other hand, is the point directly above the focus that is found on the surface. We cannot usually access the focus, but we can access the epicenter of earthquakes.

Earthquake centers around the world try and focus their attention on trying to find out the intensity and the location of the epicenter of the earthquake so that future threats can be monitors.

WHAT IS A SEISMOGRAPH?

The instrument used to record the seismic waves is called seismograph and paper on which the waves are recorded is called seismogram. Two popular scales, the Richter and Mercalli scales, are used in the interpretation of earthquakes. The richter scale tells us about the magnitude and the Mercalli scale is a measure of the intensity of the earthquakes.

WHAT’S THE DIFFERENCE BETWEEN MAGNITUDE AND INTENSITY?

Magnitude is measure of size of an earthquake and Richter scale measures the amount of seismic energy released. This measure is absolute and does not change with time and distance from the origin of the earthquake.

WHAT IS THE DRIVING FORCE BEHIND AN EARTHQUAKE?

The ground is not a static piece of material. It is constantly moving and changing it’s shape. It is also subject to different kinds of pressures and stresses from the rocks and other material beside and above a particular point. All of this causes the rocks below to undergo strain and store up energy.

Rocks respond to these stresses by either accumulating the strain, or by deforming slightly. But rocks, like any solid material, can go only up to a point after which it can take the stress no longer. That is when it breaks; releasing all the energy it stored in a sudden burst that we call an earthquake.

WHAT DOES A “FAULT” HAVE TO DO WITH AN EARTHQUAKE?

As these are specific structural weaknesses in the rock, it is most likely to be the point where the built up energy will be released from. Also, since this region has a tendency to move, the release of energy will be accompanied by movement and the resulted shaking during the earthquake.

In fact, the ground has been known to split open in areas where the fault has been exposed on the ground surface.

CAN WE PREDICT EARTHQUAKES?

No, science hasn’t yet devised a foolproof way to predict earthquakes. We can, at the moment, only identify the places where the earthquake can occur. This is done through various geological mapping techniques that help us identify where weak faults exist within a region.

We can also tell up to a certain point as to how strong an earthquake will be, when it occurs. Every rock has specific physical properties and scientists make calculations as to how much strain a type of rock can sustain before it ruptures. The longer it takes for a rock to rupture, it is more likely to cause a stronger earthquake.

The problem with predicting earthquakes is that we don’t know exactly what the rock is experiencing underground. Until we find a way to do that, we cannot predict earthquakes.

I hope this answers most of your questions! Do you have a particular question about earthquakes? Comment below!

This post was previously published on www.eco-intelligent.com and is republished here with permission from the author.
—