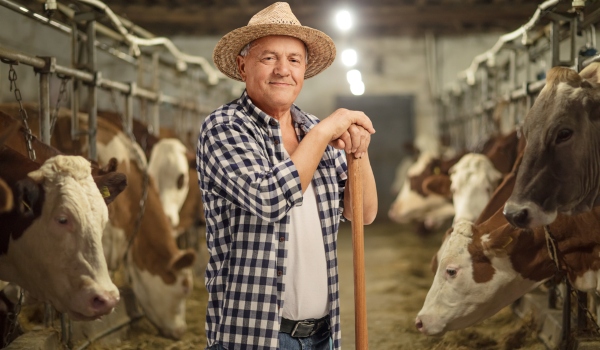 —
Making the right decisions can be hard for a grazier. There are lots of variables to consider when trying to decide when to buy or sell stock, and where and when to move animals around farm paddocks.

But the process has suddenly become a lot easier, thanks to Australian technology that has been embraced by thousands of graziers, from cattle stations in Outback Queensland to bison ranches in the United States.

“We provide analytics to help graziers make better decisions,” says Peter Richardson, chief executive officer of Maia Technology. “It sounds like watching grass grow, but watching grass grow is actually a fast-moving, dynamic thing. And complicated too. We help farmers do a better job of it.”

It has been released in two versions: a subscription-based Pro version aimed at the most sophisticated operations, and MaiaGrazing Lite, available for free.

Farmers vast and small, from the UK to New Zealand – plus two of America’s biggest bison ranches and a growing number of ranches in Argentina and South Africa – are among its customers, just four years after the company was formed .

Maia Technology is also teaming up with other agtech companies in groundbreaking ways.

Don’t fence me in

One project is a memorandum of understanding with Australian agtech start-up Agersens, which is using the Maia Technology platform to develop eShepherd, a system in which GPS-based collars transmit sounds and electrical pulses to herd animals into paddocks in which the only fences are virtual.

The combination of being able to remotely move animals around a fenceless farm, and analytics telling you the best place to put them, could be transformational, Richardson says.

“We could drive down costs and lift production and the quality of the product very rapidly.”

The software’s environmental benefits are also being noted. In Queensland, MaiaGrazing is one of the tools being used by Project Pioneer, a trial to improve livestock management and reduce runoff into the Great Barrier Reef.

The Maia Technology story can be traced back to Australian grazier Alasdair MacLeod, who was looking for a tool to help him vertically integrate his grass-fed beef business. He wanted to track everything from genetics to steaks on the supermarket shelf but couldn’t find software to help him with an integral part of the operation: pasture management.

MacLeod saw an opportunity, and teamed up with Object Consulting, an IT services company that builds software for the likes of banks and insurance companies. In 2014, Maia Technology was formed (with MacLeod as co-chairman), and its engineers came up with MaiaGrazing.

“Most of the other products in the market focus on record keeping, whereas what we have done is focus on analytics,” Richardson says. “We use algorithms to predict what your position is going to be in the next two to three months.”

Challenges included building a product that would suit the diverse needs of graziers running their farms in all sorts of different ways. But fortunately, some of the world’s best grazing expertise was close to hand.

“Our graziers are recognised internationally for achieving production outcomes that others can’t,” Richardson says.

“We took advantage of that. We ran a year or so of trials with some of the best graziers in Australia to finetune our algorithms and learn what the graziers needed. It’s been the secret of our success.”

MaiaGrazing is providing some much-needed cutting-edge agtech for the grazing industry, which has long been the “poor cousin” of horticulture and cropping in terms of technology, Richardson says.

But the company also has ambitions beyond grazing. “Our broader vision is that we think there are going to be whole families of different sorts of apps that can run on our platform, not just in grazing but across the board.”

Agtech is poised to transform agriculture in the years ahead, and Richardson believes Australia – thanks to its highly educated workforce and a track record of agricultural innovation, drawn from having some of the most challenging conditions in the world – will be at the heart of that revolution.