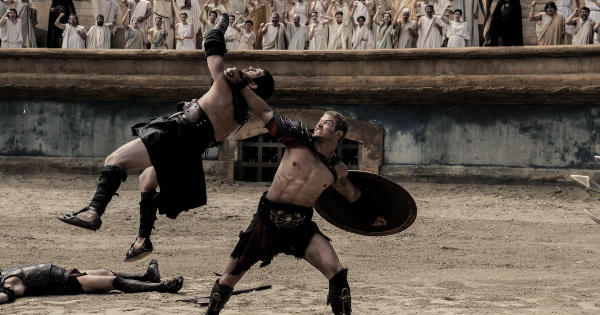 I understand why other people do, but I have never, or plan to ever, go shopping on Black Friday. I can’t comprehend how early people begin standing in lines to try and ensure that they fully take advantage of the best deals. With no morning school run pending and typically a bit of a hangover, I’m not sure that anything less than a free car giveaway or my bed actually catching on fire could persuade me to move.

I hate the timing of it. As trite as it sounds, there really is something wrong with the idea that the biggest shopping day of the year should immediately follow a feast of Thanksgiving. It’s absurd.

I also have no desire to play witness to the further decay of civilized society. If you want to be depressed, a simple internet search will bring up hundreds of videos showing people around the country trampling and fighting each other over televisions, toys, and even multi-packs of toilet paper. It’s the periphery of these videos that I find the most revolting, however. I might not be willing to beat another human being to save a few dollars on butt wipe, but I can understand the primal instinct behind it and appreciate the desire to keep a clean ass. What I can’t understand is the circle of people surrounding the combatants and doing nothing but filming on their phones.

It’s not a phenomenon that occurs only with half-priced flat screens or the last box of Hatchimals. It happens in night clubs, restaurants, and most alarmingly, high school bathrooms, on a daily basis. Random acts of violence easily captured and instantaneously uploaded, viewed by a staggering number of people. A “thumbs up” or “thumbs down” may not mean the same thing as it did in the days of Rome, but anonymously viewing from behind a screen absolves no one of the same culpability as those who chose filming over action. We’ve traded loincloths for sweatpants, but have we really come very far in 2000 years?

It would be hypocritical not to mention that I regularly watch both boxing and mixed martial arts matches, controlled contests between trained professionals with somebody on hand to intervene if necessary. Outside of the ring, nobody ever seems to be trying to break up these fights anymore, only jostle for better viewing angles.

One video that crossed my feed multiple times a few years back was of a fight in the stands at a Miami Dolphins home game against the San Francisco 49ers. I refuse to link to it, but at no time did I see anybody attempt to alert security or stop the brawl. The only people not filming on their phones are jumping in to throw punches of their own.

As a parent, the scared children in the crowd sadden me. As a fan of the Dolphins that sees most of their games in other team’s stadiums, the apathy of the spectators frightens me. As a human being, I’m disgusted by the entire display.

I’m certainly not advocating for people to begin attempting to break up every altercation that they may come across. The worst beating I’ve ever taken was a result of trying to do just that. Just don’t stand there. Don’t do nothing.

In the 1998 series finale of Seinfeld, the four main characters witness an overweight man being carjacked. Instead of doing anything to aid the man, they make jokes about his size while Kramer records the incident on his fancy new camcorder. They end the series in jail, incarcerated for a year for breaking The Good Samaritan Law, a fictional statute that would require bystanders to perform some helpful action if they are witness to a crime.

One of the greatest sitcoms of all time, Seinfeld jokingly billed itself as “a show about nothing.” In this case, I think they may actually have been on to something.