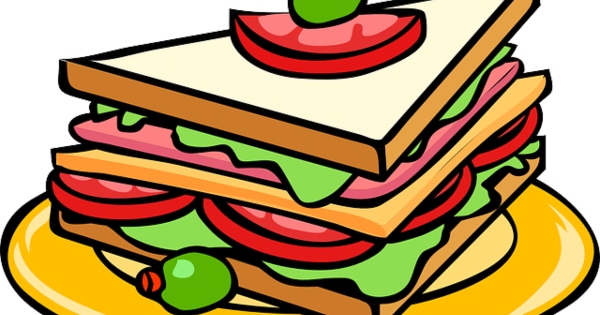 —
Every Sunday I go to the same, small QFC grocery store and buy a pound of sliced turkey for my family’s weekly

bagel brunch. Although the prices at this store are slightly higher than the nearby mega Fred Meyer, I prefer this one because it feels like a friendly neighborhood establishment rather than a vast, impersonal corporate monolith. Truth is, however, the people who work at the Fred Meyers are absolutely no less friendly than those who work at the QFC.

For instance, for the last year or so the vibe at the QFC deli has been a little grim. Because my turkey-buying routine is so clocklike, for several years, the same bright, friendly, efficient woman sliced my turkey every week, asked me how my day was going, and said, “Good-bye and see you next time!” as I left. I found I looked forward to seeing her. Unfortunately, she was so bright, and so friendly, and so efficient she was promoted to run a deli at a bigger store.

Her replacements were not quite so cheery. There was the one gray-haired man who looked up from whatever he was doing when I appeared with an expression so weary it was as if I could see a dialogue balloon forming above his head reading, “Now what?” I’m familiar with this kind of unhappiness. I’ve known it myself when I worked in the service industry. Sometimes customers weren’t coming in to eat at my restaurant, they were just coming in to make me work.

Then there was Fatima. In my mind, Fatima was older than me; in reality she was probably at least a decade – perhaps two – younger. It was her demeanor that intimidated me a little and made her seem older. She had the stoic reserve of a school teacher who was done putting up with kids’ crap. The first time she asked me what I’d like, I had to resist the temptation to apologize, as if I could have gotten the turkey myself but I wasn’t paying attention when I’d been taught how.

Unlike the gray-haired guy, whose commitment to exhausted irritation seemed final and impenetrable, I liked Fatima. Or I should say, I believed I liked Fatima. Fatima did not say hello or goodbye, she never asked me how I was doing, and she absolutely never smiled. But she was good at her job. She never forgot how much I ordered, and she never got overwhelmed when there was a line of customers. To be good at your job, whatever that job is, you have to care. You may not understand why you care; you may think it’s a meaningless job, that the world will keep spinning just fine whether people get their deli meat on time or not, but you care anyway.

Plus, I sensed that within that reserved cocoon, behind those eyes that looked back warily at the world, there was genuine accessible human warmth. I soon found that I looked forward to seeing Fatima as much as I looked forward to seeing the woman she replaced, though for completely opposite reasons. I didn’t want to get Fatima to like me, I didn’t want to see if I could make her smile, I wanted–and maybe even needed to practice being as kind to her as she would allow me to be.

I’ve found that when someone’s unhappy, or at least not demonstrably friendly, I have to respect where they are without joining them where they are. I’m not going to be unhappy or unfriendly myself, but I also don’t want anything I do or say to come across as a criticism of their mood. All this meant in practice is that every time she gave me my turkey, I’d say, “Thanks a lot.” I learned not to put an exclamation point in my voice. It was too much. I sensed she was not an exclamation point person in general.

After about two months I could tell she recognized me. This was not necessarily a good thing. Her expression seemed to say, “Is he really going to order the same thing again? Is my life that repetitious?” Or perhaps I’m projecting. Either way, hers was not the face of someone glad to see me. Nonetheless, when she handed me my turkey, I said, “Thanks a lot.”

Four months later, I walked up to the counter and, before I could speak, she said, “A pound of turkey?” Again, she seemed just a little annoyed by my predictability. “Actually, a pound and-a-half,” I said. Mild surprise crossed her face. I didn’t actually need that extra half-pound, but I had to mix it up. And it worked. The next time I came in, she asked, “How much today?” Back to a pound, I said, and she nodded with some approval.

So it went for another six months. I was enjoying the challenge of it, learning how to find the exact right expression of friendliness for that day. It was a little like learning how to gain the trust of a stray a cat. There’s a distinct pleasure in tuning into someone else in this way, trying to find the best place they’ll let you meet them. It takes all of my attention, and I always enjoying giving things my full attention when I can find a reason to do so.

Then, last week, I ordered my turkey, said, “Thanks a lot,” and went and stood in line in the checkout aisle. As the cashier was handing the customer in front of me his receipt, I spotted Fatima running toward me waving something small in one hand. She arrived at the check stand a little breathless. “I forgot this,” she said, showing me the sticker with the barcode and price that goes on the plastic bag in which the meat is held. I glanced down at my shopping basket. The sticker was on it.

“You already did it,” I said. “Looks like you were just a little too efficient!”

Seeing the sticker on the bag, Fatima smiled–a genuine, warm, human smile. I couldn’t tell if it was because of my little joke, or simply relief that she hadn’t actually made a mistake. I’m going to assume it was the latter; people who are good at their jobs don’t like to make mistakes. Regardless, I was happy as I drove on to buy my bagels. Despite any evidence to the contrary, I think I live in a friendly world. I just forget sometimes it is my job to allow it to be so.