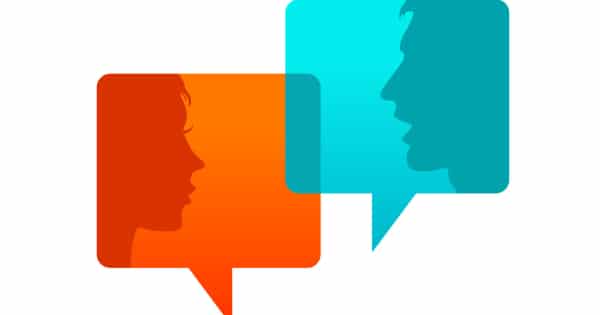 I live a very multi-cultural – and multi-lingual – existence. I’m currently living with my Californian family in Costa Rica, sending daily Telegram messages to a Russian friend, and writing a story where most of my main characters are Russian or Canadian French. Bottom line: I’ve been exposed to a wide range of cultures and languages.

And I was just rankling about how patriarchal language was, in terms of gender. I was thinking that however I refer to myself: as “female” (biological sex) or as a “woman” (gender), I need to take the opposite terms (“man” and “male”) and append something: WO-man or FE-male. And yet, English is probably the least sexist language that I know!

Castilian Spanish contains many more gendered distinctions. In castellano, I need to state my gender every time I talk about myself. For example, if I’m tired, I say “Yo soy cansada.” My father or brother would be cansado, with an O. I have to be emocionada (excited) or lista (ready), whereas my male relatives would be emocionado or listo.

But I don’t mind, because emocionada and emocionado are the same length, and men also have to add something: the O. Furthermore, in terms of the words for my sex and gender, I get to be hembra and una mujer – which have nothing to do with the opposite options: macho and hombre. There’s only one place where this breaks down, and the patriarchy rears its ugly head: in groups of people. If I’m with other excited women, we are emocionadas. I can even say, “Nosotras somos emocionadas.” However, if there is even a single man in our group, his maleness dominates, and we are all, as a group, emocionados. We are all nosotros; I can no longer say nosotras.

Castilian Spanish is, in some ways, less sexist than English, but in other ways, it is much more so. But it makes you always have to always know – or worse, assume – others’ genders. If I’m asking a friend if they’re ready, it’s “¿Listo?” if he’s a man, or “¿Lista?” if she’s a woman. If they’re non-binary, I think that it just sucks for them; the language wasn’t built for this. I’ve seen symbols like “@” (a combined A and O) used in writing, but I don’t know how to pronounce these.

And yet, for all its faults, Castilian Spanish makes both men and women add letters. In the case of Russian, it’s often only the women who have to add letters. If a man is happy, he’s рад (rad); a woman is рада (rad-uh). And – more than that – women have to add an A to every verb that we use in the past tense. “I was” is “Я был” for men, or “Я была” for women. “I thought” is “Я думал” or “Я думала”. If I wanted to tell you I taught English in Moscow, I have to say, “Я преподавала английский в Москве.” (Note the bolded A.)

To add insult to injury, Google Translate just seems to assume that you’re a man. Here’s what I got from Google Translate, which I use to generate Cyrillic characters without a Russian keyboard: 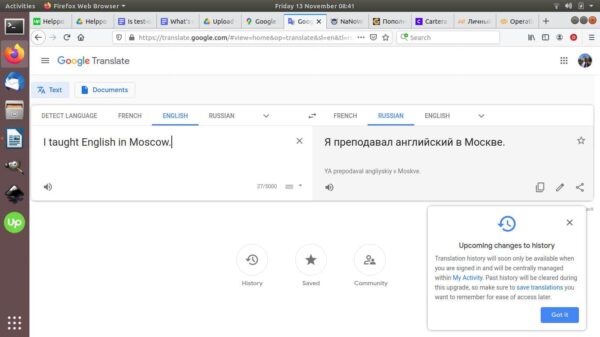 The worst part of this? I was signed into my Google account! And my account lists my gender (incorrectly labeled as sex”; see my other post on that) as a “woman”! 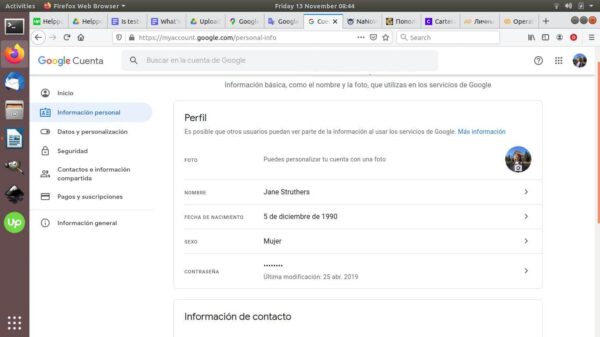 *Sorry it’s in Spanish… okay, I’m not really sorry. I think everyone should learn some more languages!

In short, Castilian Spanish is sexist, and Russian is sexist, too. It’s even harder for non-binary people. Castilian Spanish has no room for them. (Yes, “them” pun intended :P) Russian, at least, has a neuter gender, which you get by adding an O instead of an A. But I don’t know of anyone saying “Я думало” – and anyone saying this from a male body would get weird looks, because the terminal A and terminal O sound the same in spoken Russian, and people would probably just think you said думала.

Is there any language that avoids these pitfalls? I know some Mandarin Chinese, from being in elementary school ESL classrooms in China, and I think that this language might come the closest. In Mandarin, both “he” and “she” are pronounced “tā”. They’re written differently, however: 他 (he) versus 她 (she). And then you have the same problem that Spanish has, where “they” (tāmen) is written 她们 for a group of women, or 他们 if even one man is present. (Interestingly, Russian actually avoids this by having all plurals – regardless of gender – append the letter И.)

Conclusions? English, Castilian Spanish, Russian, and Mandarin Chinese are all reinforcing the patriarchy in various – and quite different – ways. Probably all language is sexist, even ones like English and Mandarin Chinese which have no grammatical genders. I still think that English is the best – especially for non-binary people, who literally have no space in Spanish, and if you used the third version of tā (它) in Mandarin, you’re literally calling a human being “it”. Not ideal! At least, in English, the only thing that I have to put up with – as a gender-binary woman, is that I’m a woMAN – not una mujer, not женщина – no relation to “man” (мужчина) – and not 女人 – which is not just an addendum to “man” (男人). Though 人 by itself, while it means “person”, CAN – according to Google – just mean “man” 🙁

If you speak another language that I haven’t yet covered, please feel free to share your thoughts on your languages’ sexism in the comments section 😀 Let’s start that multi-lingual conversation that no one else is having!