This novel is everything I say I don’t want. 434 pages. Set in the last century. Told in the first person.

Oops. Wrong book. That is, more or less, a description of the start of Kate Manning’s excellent last novel, “My Notorious Life,” which is about a 19th century woman in New York City who relieves pregnant women of their problem. In my review, I wrote, “She is a heroine and a half. I cheered her on every page.”

“Gilded Mountain” is also told in the first person, and Sylvie Pelletier is another heroine and a half. This time Manning needs 464 pages. I forgive her those extra pages — the frame of this story is wider than the streets of New York. “Gilded Mountain” is set in the mountains of Colorado, where Sylvie’s father excavates marble for the impressive buildings of big, prosperous cities. In 1907, mining is a world of serfdoms and serfs. The owner’s mansion is a showpiece worthy of Europe. And then there’s the Pelletier’s shack:

The snug house was not snug. It was not a house. It was one room of batten and boards nailed with tacks. Strips of canvas and pages from the Phrenological Journal covered the walls. Newspaper chinked the cracks. The furniture was a table and three short stools. A cushioned chair. A dust of snow on everything. Up a ladder was a sleeping platform nailed around the chimney pipe. Pelts of rabbit and weasel were tacked to cure in the rafters. Snowshoes hung on the walls with tools and implements. A flap of tar paper served as the door to a lean-to room just big enough for a shuck mattress, a washstand.

A tale of non-stop exploitation would not keep me glued to this chair, night after night. Our good fortune: Kate Manning knows how to turn a personal story into an eloquent epic. Here’s the novel’s first paragraph:

I never told a soul about the money. Not a word about the marriage or the events that led me to his arms. In those days I was a young religieuse, my mother pointing me toward a nunnery. But it was the transformations of love and ease I wanted, and when we went west, I went looking. There in the sharp teeth of the Gilded Mountains, where the snow and murderous cold conspire to ruin a woman, I lost the chance to become a delicate sort of lady, one of those poodles in hair parlors and society clubs. Instead, I got myself arrested as a radical and acquired a fine vocabulary, one more common to muleskinners and barflies, quarryhogs, witches. And I’m not sorry, for it was all of my education in those two years, about right and wrong. Here in the attic of memory, I sit with my trunk of ghosts, my pen, to put down those long-ago days in Moonstone, Colorado, to report at last certain crimes, my own included, of the heart and worse, and how they tried to smash us.

“Certain crimes, my own included” — that alerts us that this isn’t a one-sided, strident cry for justice for the workers. Because Sylvie has a bigger story. While her father works punishing hours underground and her mother tells her that “Silence is a woman’s best garment,” Sylvie gets a job on the local newspaper. The editor is a woman. Fearless, of course, and a powerful influence on Sylvie. But she’s not the only influence. Sylvie is hired as summer secretary to Madame la Comtesse Ingeborg LaFollette deChassy Padgett. Her husband is Duke Padgett, but as La Comtesse tells Sylvie, “Here in the American mountains, you are whoever you say, and Monsieur Jerry Padgett from Richmond, Virginia is called Duke.” La Comtesse has given herself a second title: head of The Sociological Department, Padgett Fuel & Stone Co. It’s her belief that the kindness of management will send labor agitators scurrying. It’s an interesting idea. It’s also bullshit.

Duke has a son. He’s trouble. He fixes on inexperienced Sylvie, and she tumbles for him. At this point, you fear that melodrama has raised its cliched head, and you can see the flicker of a projector — here come the jerky, silent, black-and-white images. Manning doesn’t go there. In her stories, even the villains have their reasons. “Gilded Mountain” is set in shades of wintery gray. [To buy the book from Amazon, click here. For the Kindle edition, click here.]

There may be a biographical reason as well as a literary one for Manning’s choice of subject. Consider this author’s note:

“People whose lives inspired this book include one of my great-grandfathers, J.F. Manning, who served as president and general manager of Colorado Yule Marble during the years the company supplied the stone for the Lincoln Memorial and the Tomb of the Unknown Soldier.” 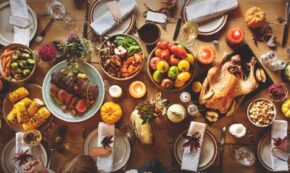