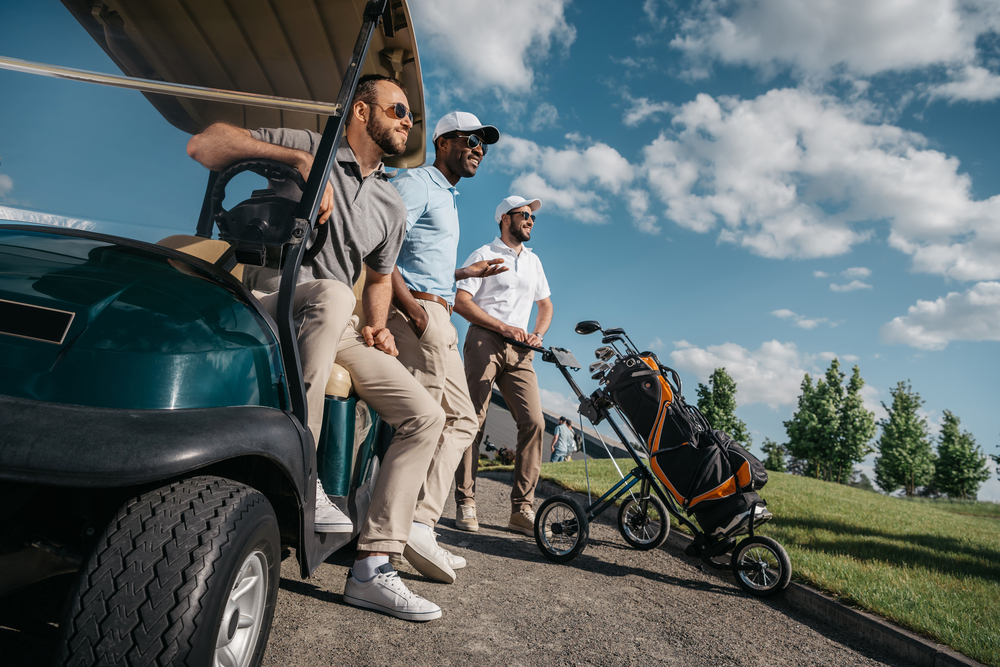 —
As the waves from the Pacific Ocean crashed onto the shores of Pebble Beach when I was watching the 2019 U.S. Open on TV, I invited my daughter to watch it with me. She likes learning and playing the game, which has already offered her lessons about the subtlety of sexism.

She likes the LPGA and USGA sponsored program Girls Golf, where she learns from coaches who are teenaged young men and women in high school, and the PGA pro. They make it fun. Recently, when I brought her back to the program for the new season I recalled an otherwise ordinary night from last summer, with the exception of one obnoxious guy.

From the practice green, I spotted the hot pink dot of my daughter’s hat about 200 yards away on the driving range. While some people talked to each other, it was quiet enough that balls rattling in the bottom of the holes were the most prevalent sound.

One man’s voice rose above all other noises. He was on his phone, pacing along the edge of the green with a beer in one hand. He looked down. He looked out into the distance. He turned his back to face the woods. The whole time he was talking as if he was running a meeting, projecting his verbose speech in baritone. To the non-golfer, this might sound like an overaction to a loud talker, but golf etiquette is about fairness, calling your own penalties, and respecting the other people around you. Many country clubs frown upon having cell phones out at all, let alone talking on them while on the course. As the man continued to roar into his phone, he gazed above the head of a teenaged girl while she began to putt.

The young woman had an exemplary stance—knees bent, spine rigid, eyes on the ball. Her red hair was pulled back in a ponytail and her freckled arms swung her putter and a bright orange ball began to roll. She didn’t appear bothered by the guy on the phone.

My daughter waved as she walked past me with the other girls. They all converged on the same door to enter the clubhouse and shouted and giggled. The first and tenth tee boxes adjacent to the practice green were empty. No one was teeing off that late. The older gentleman who was the starter barked at them to keep their voices down. He yelled that this was a golf course, after all. “Keep it down, girls,” he shouted.

After her lesson, my daughter found me on the practice green. She stood next to me with her putter and began blasting the ball well past the hole. I told her to watch the young woman on the other side of the practice green for a moment. See how she stands, I said. See how nice and easy her putting stroke is?

My daughter wasn’t distracted by the guy who was still on his phone. Instead, she watched the unflinching teenaged woman putt balls into the cup, one after the other, each time, rattling in the bottom of the cup. It was the only sound that mattered.
—

James M. Chesbro is the author of A Lion in the Snow: Essays on a Father’s Journey Home.

END_OF_DOCUMENT_TOKEN_TO_BE_REPLACED

Facebook10Tweet3Pin1EmailShares14
wpDiscuz
Share this ArticleLike this article? Email it to a friend!
Email sent!