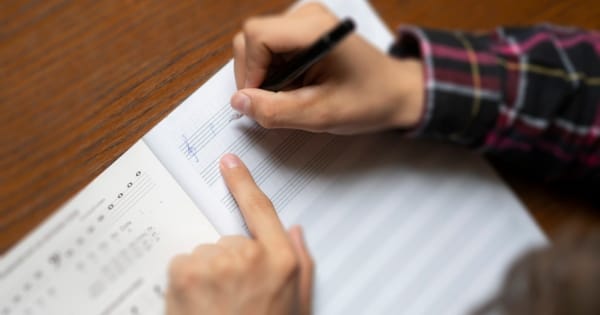 —
Back in the 90s when Tom Hanks was emerging as one of Hollywood’s most likable leading men, I was working with Lisa, a waitress in Seattle who was also an aspiring actress. She liked to talk to me about theater and movies, but I have no

memory of her telling me about auditions or acting classes. Still, the dream was still active in her at that time.

One day we were standing around the bar waiting for our restaurant to open. Lisa was flipping through a copy of People when she came upon a picture of Tom Hanks and his second wife, the actress Rita Wilson. Lisa lingered on the picture, frowning and shaking her head. “Rita Wilson’s so lucky.”

I didn’t know what to say. It had never occurred to me that luck had anything to do with two people falling in love, even when one of those people was very famous. There were times in my life I felt unlucky, where it seemed that some unseen hand was, for entirely random reasons, working against my own desires. We were both waiting tables at that time, after all, even though she wanted to be an actress and I wanted to be a writer. What if it was ultimately just luck that allowed certain people to publish their first book out of college and others to struggle for a decade or two?

Not long after, Bill Clinton had his unwise fling with the White House intern Monica Lewinski. Lisa and I were still working in the same restaurant together. I didn’t notice it at first; in fact, I didn’t notice it at all until Lisa pointed out how she bore a compelling resemblance to Lewinski. Lisa only recognized it herself because a talent agent, who specialized in celebrity look-alikes, thought he could get some work for her. Turns out, he definitely could.

A month later, I was watching Lisa on The Tonight Show performing in sketches with Jay Leno. Fortunately for her, this scandal dragged on and on right into impeachment. Every time I caught her on television portraying Clinton’s mistress, she looked as happy as I had ever seen her. I’d have thought she was lucky, except I knew she wasn’t going on other auditions, and this gig was definitely going to end soon, which it did. She eventually went to work in her family business back in Seattle.

About the same time I left the restaurant, I started composing music on my computer. This was the fulfillment of a lifelong dream. Songs would often come to me, but they were usually orchestral or something very challenging for the piano, and I didn’t have the means or the chops to hear that music anywhere but in my head. Now, I could plug any note into GarageBand and hear it played back to me exactly as I’d written it.

Oh, I was so happy. I’d write a song, summon my wife into the kitchen, play it back for her, and ask, “Isn’t that cool?” She usually thought it was. I had spent so long wishing I could do this, that I was actually making music remained vaguely miraculous to me for a couple of years. One day I was at a gathering of a group of old friends. Jeff, whom I’d known since high school, was standing with me in the kitchen of the house we’d all rented. “Listen to this,” I said, and grabbed my laptop and started playing one of my songs with which I was most pleased.

He shook his head. “You’re so lucky.”

It was the last response I had expected. When I heard the songs in my mind, I didn’t feel like I was wholly responsible for them, but I didn’t feel lucky either. Then again, I’d never been a fan of luck. Luck is something over which I have no control whatsoever. I’d learned how to listen to the music only I could hear and then how to translate it into notes. That wasn’t luck. At the same time, I also wasn’t a fan of hard work. Writing the music wasn’t hard, it just took a lot of time, time that I was more than happy to spend writing it.

As I closed my laptop, it occurred to me that I wasn’t feeling unlucky anymore. Not that everything in my life was turning out exactly as I would have scripted it, but I was doing so many things I enjoyed – writing a daily column for the magazine I edited, shooting interviews with authors, hosting a podcast, coaching and teaching and giving talks. All those things reminded me a bit of the music. GarageBand had been on my computer for years and years before I noticed it, and even then I didn’t understand it could be used to compose music. I suppose you could call it luck that day I accidentally figured out how to use it, but there had been nothing in my way until that moment other than my own diverted attention.