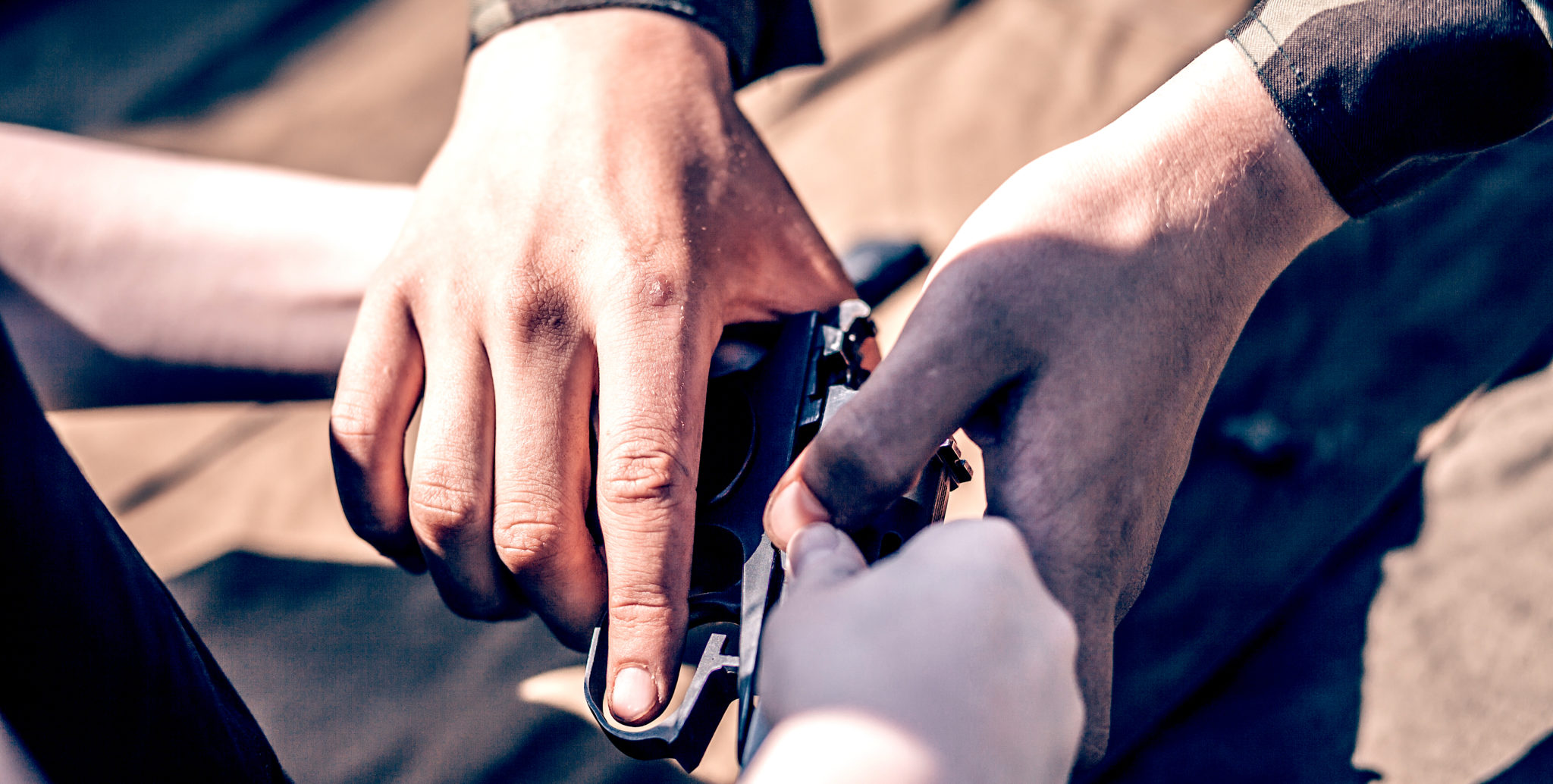 Time and again, we find ourselves here. While fervor over the issue of guns in America long ago reached a fever pitch, firearm tragedies continue at a staggering rate. Shoppers, people of faith, concert-goers, movie-goers, schools. And on it goes. As a former teacher, the horrific shootings in schools particularly shake me.

After each sad incident, zero/sum arguments made by both sides over the Second Amendment—guaranteeing the right to bear arms—predictably ensue. This strikes me too.

I live in New York City and frequently hear strong anti-gun sentiment from people who have never been around, much less, fired a gun. I personally support much stronger gun control. For one, there’s no conceivable reason for civilians to possess assault weapons.

And yet, when I hear the back and forth arguments over gun ownership and I think about guns myself, it brings me back to a childhood in Texas. And I have to admit—it’s not so simple.

Growing up, shooting a gun seemed like a natural rite of passage. In suburban Houston—where I spent most of my childhood—all the boys, and none of the girls, had BB guns. I got mine for Christmas before I turned seven. Our guns were a source of play.

In our lily-white neighborhood, unlike urban areas of the city besieged by gun violence and police brutality, we had the casual privilege of feeling emboldened, and never fearful, of guns.

We shot empty cans off the top of old boxes, listening for the ping of striking metal. I aimed at pecans in my grandpa’s front-yard tree. My brother and I had BB gun fights in the house when my parents were gone. The hits stung, but the guns weren’t strong enough to break skin.

When we were a bit older, we boys on the block had guns wars in the nearby woods. We’d set a few logical rules — like no shooting at the head —and if you got hit, you were out. By then we’d progressed from BB’s to pellet guns, more powerful and precise. It was only when the kid across the street wound up with a bullet lodged in his shin that we decided to call a truce.

The year I was fifteen, I went hunting for the first time with my dad. That’s how most of the boys I knew spent weekends during the Fall hunting season. At what was called “the camp,” somewhere in West Texas, I killed a deer the first day there. It was exhilarating.

The men at the camp called a first animal kill first blood. In what looked like a small airplane hangar, the deer I had shot was hung on a hook. Someone wiped the deer’s still-warm blood on my face and took a picture. The photo of me, looking hilariously bewildered, was later tacked to a board full of photos just like it. I went hunting a few times after that. After high school, I never went again.

It wasn’t until several years after I stopped hunting that I first thought seriously about guns. In my early twenties, while visiting my parents, I went with my dad to a gun range for the first time. It was the late 90s, where he still lived in Texas. I’d tagged along one Sunday out of equal amounts curiosity and boredom.

The gun range that afternoon was crowded with men when we arrived. Some had children with them, all of them boys. They shot rifles at bulls-eye targets tacked to bales of hay in the distance. Some of the shooters sat, balanced against a wooden backdrop, and some looked through binoculars between shots to judge aim.

Gunfire was continuous and seemed to come from every direction. Even with ear protection on—which looked like oversized headphones, in camouflage green—the noise was intense.

Along with the rifle, my dad had brought a new pistol. The hunting rifle no longer interested me, but I’d never shot a handgun. I was intrigued, so I decided to try it. Next to the rifle range was a separate handgun range. No one was there when a teenage guide in a reflective orange vest led me over. It was smaller, the targets seemed closer, and you couldn’t sit down to shoot—only stand.

The main difference between it and the rifle range was the targets. They were paper silhouettes of a person’s upper body and head—bull’s-eye on the chest. Before I even started shooting, I realized this felt different than hunting.

Holding a heavy, three-foot rifle is a stark contrast to a weapon that fits in your pocket.

Facing the target, I shot the pistol with one hand, arm extended. I fired one bullet after another. Excitement almost immediately overtook me. It was so easy, and it was so fast. I shudder to remember it now, but I actually imagined myself in an action movie as I shot.

Despite the exchange we also see in America with horrific regularity—between law enforcement and unarmed citizens—we white folks still have far less reason to picture ourselves on the receiving end.

The bullets were spent in seconds. When I stopped shooting it hit me—what I was actually doing. It was one of those moments when you suddenly feel shockingly naive.

What a handgun lacks in heft it makes up for in power. But the power isn’t in the kickback; there’s surprisingly little. The power I felt holding this piece of metal in one hand was a sudden awareness that it was specifically made for shooting people, and that I was shooting not at something, but someone. I may have missed the bulls-eye every time, but it wasn’t for lack of trying to shoot squarely in the chest.

I shot the one round of bullets that afternoon, and I haven’t fired a gun since. Still, when I hear gun enthusiasts—from Texas and elsewhere—boldly proclaim their fundamental right to bear arms without restriction, I get it.

If we expect to have a realistic conversation about guns in America, we would do well to consider not only the ease of acquiring one, nor steep the sole blame for tragedies upon those with mental illness, but also recognize the mindset that sometimes accompanies a gun’s very existence.

When guns are as deeply entrenched in the culture as where I grew up, guns are guns—whether it’s a BB gun, a hunting rifle, or a handgun. I was an adult before I made a real distinction between them. I’m far from alone in that experience.

And yet, something that happened when I was in elementary school gave me a glimpse that not everyone shared the same attitude we did towards guns.

A boy had just moved to the neighborhood from England and came to my house one afternoon. As we were pulling a board game out of a bedroom closet, he saw a collection of guns in the back. He was shocked. He immediately said his parents shouldn’t know there were guns in our house or he could never come over again. I remember laughing uncomfortably. But it wasn’t out of ridicule; I was truly confused.

It would be many years, several dead animals, and my turn playing with a pistol before I understood.

Kevin is a freelance writer, writing coach, and contributing editor for Good Men Project, with a focus on social justice and queer issues. A former teacher, he also works with college students training to be educators. Other writing has appeared in The Washington Post, Fast Company, Huffington Post, American Chordata, Litro Magazine, Thought Catalog, Thrive Global and Elephant Journal, among others. His Good Men Project article, "A Boyhood Brush With Breast Cancer," was a finalist for Sequestrum Literary Journal's 2019 Editor's Reprint Award. He lives in Barcelona, Spain. kevinewood.me @simplifythenow

Facebook2.1kTweet1Pin1EmailShares2.1k
wpDiscuz
1
0
Would love your thoughts, please comment.x
()
x
| Reply
Share this ArticleLike this article? Email it to a friend!
Email sent!