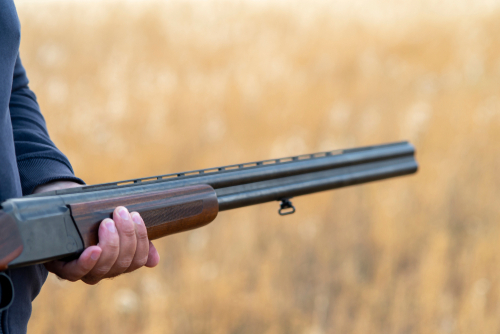 And judging by every time I turn on cable news, the world ain’t getting it.

The slogan for the Good Men Project is “the conversation no one else is having.” Let’s have this conversation.

What happened to men – to human beings – living rich, fulfilled lives? Why are we all so damned angry?

But does a King get a gun and shoot up a concert? Does a king shoot up a church? Do Kings shoot up hospitals? Schools?

And before this piece runs, lord only knows what else is going to happen.

I was saying to a friend of mine, when news reporters are leading their reports with “the worst mass shooting in…” a Church, Texas, a concert, etc.…that’s a tragedy. Because that normalizes this.

And y’know…this ain’t normal, y’all. This isn’t even in the same ballpark as normal!

I have a few ideas I’d like to put out into the world. I’m speaking as one man, but I think if more men live from this place, the world could actually start working again.

You know something? I don’t know the answers. I don’t have the answers. Again, I’m just one man living near New York City.

But I do know that we need to ask more questions.

I’ve said it before, I’ll say it again, and I’ll repeat it until I’m blue in the face. Let’s start to see each other as human beings.

Let’s tear down the walls. Let’s take off the masks. Let’s hang up the cloaks. And let’s start to see our brothers and sisters for who they really are.

But most importantly, let’s start to see who we really are as individuals. Because no relationship works without a powerful relationship with yourself.

If you need a reminder that our relationship with ourselves is broken, let me give you a sobering bit of news.

Our poor relationship with ourselves is killing people.

Kings are the agents of change and transformation in the world. It’s on us to fix this. We can’t fix the past and we can’t control the future. But if each one of us become the Kings of the world, then the world can start working again.

Step by step, one by one, we can transform the world. But first, we must transform ourselves.
—

Sign up for our Writing Prompts email to receive writing inspiration in your inbox twice per week.
—
Image ID: 1490731061

Thank you for your thoughts. About the only thing I disagree with is the title. Gun violence IS in part about guns. Guns aren’t the whole story, and the solution for reducing and eventually eliminating mass shootings isn’t solely about gun regulation, background checks etc. but that’s a necessary part, and I bristle when folks seek to separate guns from gun violence. Japan has a significantly higher rate of social isolation but no mass shooting problem. Why? Because when a Japanese man decides to go on a killing spree, HE CANT BUY A GUN. His only available weapon is a… Read more »

Very well articulated. Thank you for speaking up and saying what needs to be said! You reminded me of something my mom and my grandmother drilled into me when I was growing up—“A king may lose his crown, but he’ll never lose his majesty.” It was their way of saying that regardless of my circumstances, my actions can still reflect a higher way of being.

We are all kings, even if we don’t wear a crown.

Facebook751TweetPinEmailShares751
wpDiscuz
Share this ArticleLike this article? Email it to a friend!
Email sent!