When James Swann began riding around Washington D.C. back in the day randomly shooting people, everyone I know got strapped. I would show up at picnics or get togethers and everyone had a .22 or a .25 or a .38 in their pocket.

I had nothing. A few friends told me they could hook me up; they had some extras. Or, they could put me in touch with their “man.”

I did not get strapped.

All of my friends’ guns were illegal. I do not know if they still have these guns and I don’t even know if the guns are illegal now in D.C. The Supreme Court, years ago, intruded upon the autonomy of the city when it handed down the infamous Heller opinion. That case held that individuals had a right to bear arms throughout the U.S., anywhere.

Oh, by the way, Swann was eventually apprehended and not by some hero citizen or any of my friends. He is in a mental facility now for life.

According to a 2013 FBI report several years ago, only 3 percent (I repeat) — 3 percent of all active shooter incidents are interrupted by a hero, who saves the day. Tell all of those right wing gun lovers that their line about a “good guy with a gun” is crock. It spurs gun sales but it doesn’t really save anyone.

More people kill themselves with guns (suicides) than they save anyone from a mass shooting. Self defense shootings happen but they too are rare. That doesn’t mean gun possession is wrong or gun rights are wrong. But one day, human beings need to deal with this as a species.

I remember in Michigan, a daughter and father, came to a house they had purchased via foreclosure and encountered a squatter. They told him he had to go and they would return in a 30 days or so.

When they returned, he was still there. The father was armed thinking he was going to settle matters. Father and daughter were shot dead. It would have been a better idea to call the police and not try to play ‘marshal’ like in one of those cheap westerns. Good guy with a gun — dead.

Guns were not invented for multiple reasons like say, a knife (cut food, etc.). Guns are instruments of death. That’s it, that’s the list.

One day, it would be hoped that if the human race survives, and evolves differently, it will move to remove guns from the planet. There are a lot of societies without them. There are countries that barely allow them.

There are countries that allow them that do not have the killing rates we do. Why so? That should be studied.

Yet, in America, we do know — weak gun laws equals lots of killings. And lots of guns, mostly, equals more killings, more suicides, more violence. The culture of guns and violence means people will settle their disputes with guns. Guns make things simple. Year by year, we make more guns, buy more guns, kill more of each other and ourselves.

Even with all of this, the Second Amendment is rolled out daily like pizza dough and held up as scripture. Yet, it isn’t possible that the Second Amendment has the same meaning today as it did in 1787. And, like we live in a world like that? Guns back then were not high tech weapons of death and destruction they are today.

If you take the liberal view of gun rights, the Second Amendment extended something to the people, but what that is, needs to be discussed again based on right now.

If you take the conservative view of gun rights, it extended something to the people, but what that is, is not what was given to people in the God awful Heller case. The Heller case is political.

As for everyone else, the extremes — the race war people, the government is coming to get us people, we need to be armed people, “from my cold dead hands people,” none of this matters to them anyway. If gun laws are changed, if the Constitution is amended to reflect the modern world of guns, they aren’t going to obey the new law anyway.

As human beings, we will get to a gun free world through change in behavior and culture, not by enacting more and more laws though a few could also help on specific areas of trouble. As Professor Samuel Bowles has written, and I am paraphrasing — there is no substitute for good citizens.

He is correct. The human species is a work in progress and many of us aren’t interested in changing anything. Many of us have not changed our behavior or how we see the world at all and I am talking people who have lived awhile.

The world is mostly dominanted by an economic system which is driven by greed and competition, not by the greater good, or the collective good. It is said this is what we are, by those who defend it.

Human beings aren’t there yet. Raw, naked, primal motives, to act or not act, are not the end game, but they will be the end of us, if we do not get off that rollercoaster.

If necessary, some of us draw guns on many others and shoot them to take their resources so they can hoard more resources and plunder for more. That is how things work in most earthly situations. It is a miracle we are still here with a chance to fix this.

Is it any surprise that is so in America as well. The land of plenty where the tiny few own it all basically. America, the country, founded on plunder. Other nations as well. America, the latest gunslinger in the saloon.

So don’t lie to yourself, America: Guns = death. Guns one day should leave this planet forever like those many killer diseases we have conquered. 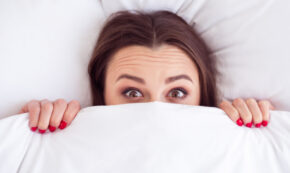 FacebookTweetPinEmailShares32
We use cookies on our website to give you the most relevant experience by remembering your preferences and repeat visits. By clicking “Accept”, you consent to the use of ALL the cookies.
Do not sell my personal information.
Cookie SettingsAccept
Manage consent