Cynthia Hawkins dives into episode 7 of Mad Men, observing the notable change in Don Draper when he goes from ordering Sylvia around to begging her to stay.

Close-up of a glowing elevator button. Lobby. But Don’s descent pauses at the sixteenth floor where the elevator doors slide open to reveal something like Don’s disappearing man of the Sheraton Hawaii ad. A hat on a suit jacket slumped over a suitcase. Arnie and Sylvia argue down the hall as the elevator doors gape.  “You’re not taking care of me,” Sylvia says as Don leans in to listen. “You’re taking care of you!” Don takes a step back and jabs at the buttons to hasten his retreat.  And indeed, as these small, visual throwbacks to “Doorways” indicate, “A Man with a Plan” is a less heady exploration of the same themes of the season’s tour de force premiere – death, control, escape, the mundane drifting in the periphery of chaos – McMurtry’s The Last Picture Show to Dante’s Inferno, if you will.  Rub temple. Cut to shuffling shoes cluttering the hallways at Sterling Cooper Draper Pryce … Cutler Gleason and Chaough.

Last episode, of course, had left us with a classic Draper shakeup, merging the agency with CGC for a Chevrolet win, and now we have the aftermath as Joan, clipboard in hand, reverts to the role of office manager, Peggy reverts to the role of “coffee chief,” the creative teams meet their Seinfeldian bizarro selves, and Pete loses in boardroom musical chairs. Incidentally, Pete also loses in the where-is-your-crazy-mother-now shell game, which lands her on his bachelor pad sofa with a gin and tonic and two ice cubes. Cue that gif of Pete’s ass meeting the stairs. I have a feeling we’ll need that metaphor the rest of the season. Then some free-association with Fleischmann’s Margarine happens, Roger gets to fire Burt Peterson twice, Ted Shaw gets liquored up, and Bob Benson saves Joan’s ovaries and his job simultaneously. But lets pull a Don, shall we, and leave this bustle on the back burner because Sylvia needs taken care of.

The fight Don overhears from the elevator bay had also involved Sylvia screaming at Arnie: “When you get to Minnesota, tell them what a big deal you are! Tell them that you don’t listen to anyone because you’ve got it all figured out!” And though he’s privy to what irks Sylvia about Arnie, Don’s not so different. In fact, Don’s dial goes all the way to eleven on the controlling, self-centered asshole scale. So when Sylvia rings Don and implores him to “come over here now,” he flips the power dynamic with some orders of his own. Don, the man who once love-hate tussled Megan into sex as she angrily cleaned house in her underwear, interprets “taking care of Sylvia” to mean “taking charge of Sylvia.”

He demands she get a room, call with the number, take her clothes off, wait. She’s left naked in the hotel bed and on hold (relieving her even of her only between-trysts entertainment, her copy of The Last Picture Show) for Don’s pleasure as he toggles between his public and private spheres of office and quasi-sex chamber.  Sylvia happily acquiesces, for the most part. The big difference between Don and Arnie, after all, is that Arnie’s imposing his ego on the public sphere while Don’s imposing his ego on Sylvia. The attention is a turn-on. And though Don is in control, it is, from Sylvia’s perspective, control with a wink and a nod. Early on, she does not, in fact, crawl for the shoes at his command, and there are no consequences. This is all a rouse, then, and when it finally plays itself out she ends it. The affair and all. “It’s time to really go home,” she tells him, dressed and ready to leave, “This is over, and not just this.” He shifts from ordering to begging, the self-confidant asshole Don buckling under the weight of the emotionally crippled Don blinking back a few tears as Sylvia brushes past him in the hotel doorway. The speed of the transition is alarming. But not surprising. Don is rarely the triumphant “man with the plan” at work and in his private life at the same time.

They both go home. Don watches Sylvia step off the elevator. The doors close. Megan’s mouth moves, but we don’t hear a sound (I replayed it a couple of times for fun). Pete’s mom hurries into his room and announces something he dismisses as crazy ranting: “They shot that poor Kennedy boy.”

“That was years ago, mother.”

And while we spent all of “The Flood” unpacking the reactions to Martin Luther King’s assassination, the shooting of Bobby Kennedy is relegated, like everything else for Don, to the background. Megan, facing the TV tuned to the news reports, sobs into a tissue. Don, behind her, turns away, long-faced, mourning the loss of something else entirely as Friend and Lover’s jarringly chipper “Reach Out of  the Darkness” plays us out.

Read the rest of the Mad Men Season 6 recaps, including analysis from authors Greg Olear, Sean Beaudoin and Matthew Norman.

Cynthia Hawkins is Editor of Arts and Culture at The Nervous Breakdown and teaches Creative Writing at UTSA. Her work has appeared in publications such as the anthology The Way We Sleep, ESPN the Magazine, and New World Writing. 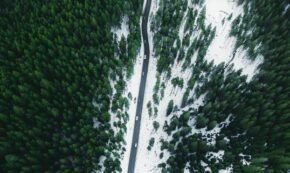 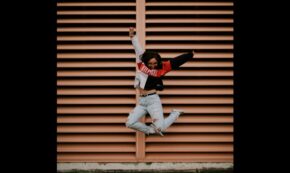 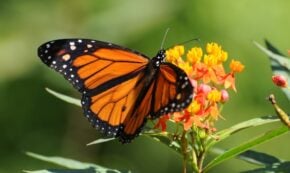 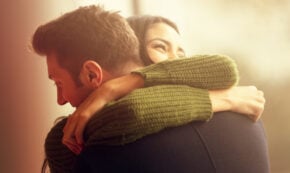