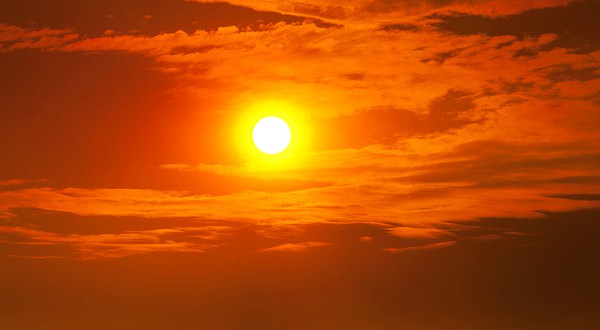 —
LONDON, 7 August, 2018 – Human actions threaten to push the planet into a new state, called Hothouse Earth. In such a world global average temperatures could stabilise at 4°C or even 5°C higher than they have been for most of human history.

Global sea levels, too, would rise, by 10 metres, or even as much as 60 metres, to drown all the world’s great coastal cities. Such a transition might happen “in only a century or two”, but once started, there might be no stopping it.

It would be uncontrollable and dangerous to many and “it poses severe risks for health, economies, political stability … and ultimately the habitability of the planet for humans.”

And, say scientists who have completed a survey of the research landscape, there is no knowing how close the threshold of dramatic change might be. The planet has already warmed by 1°C in the last century, and the thermometer is climbing at a rate of 0.17°C per decade.

Even at the ambitious target temperature rise of no more than 2°C by the end of the century – a target endorsed by 195 nations in Paris in 2015 – humans might already have triggered a cascade of feedbacks that would set the planet sliding to a point hotter than at any time in the last 10 million years.

“These tipping elements can potentially act like a row of dominoes. Once one is pushed over, it pushes Earth towards another. It may be very difficult or impossible to stop the whole row of dominoes from tumbling over”

Researchers, led by Will Steffen of the Australian National University and backed by some of the big names of European climate science, report in the Proceedings of the National Academy of Sciences that they considered 10 natural processes, among them a number of tipping points that could lead to change once a certain temperature threshold had been crossed.

These feedbacks could turn what are, right now, carbon sinks – stores of atmospheric carbon locked away in the soils and the forests – into sources of greenhouse gases that could accelerate global warming.

These future hazards include thawing of the permafrost, the loss of methane hydrates stored in the ocean floor, the weakening of carbon stores both on land and in the oceans, increasing bacterial activity in the seas, dieback in the tropical Amazon forest and in the cool forests of the north, the loss of sea ice in the Arctic summer, and the loss of Antarctic sea ice and the polar ice sheets.

“These tipping elements can potentially act like a row of dominoes. Once one is pushed over, it pushes Earth towards another. It may be very difficult or impossible to stop the whole row of dominoes from tumbling over. Places on Earth will become uninhabitable if ‘Hothouse Earth’ becomes a reality,” said Johan Rockström, of the Stockholm Resilience Centre.

And a co-author, Hans Joachim Schellnhuber, who directs the Potsdam Institute for Climate Impact Research, said: “We show how industrial age greenhouse gas emissions force our climate, and ultimately the Earth system, out of balance.

“In particular, we address tipping elements in the planetary machinery that might, once a certain level has been passed, one by one change fundamentally rapidly, and perhaps irreversibly. The cascade of events may tip the entire Earth system into a new mode of operation.”

The message, although alarming, is a restatement of previous findings and a reconsideration of existing evidence, enhanced by lessons from the more recent geological past, in which rocks and the fossils buried with them tell a story of dramatic changes in temperature and sea level.

Other researchers have raised the hazard of “tipping points” that could send the climate into a state of irreversible change. Professor Steffen three years ago warned that of the nine safe “planetary boundaries” that kept Earth in a stable climate state, four had already been crossed.

Potsdam scientists have already proposed that human release of greenhouse gases – the consequence of profligate use of fossil fuels – has now lifted the Earth from its million year cycle of Ice Ages and interglacials into a new stabilised state, known variously as the Anthropocene and “the Deglacial.” And Stockholm scientists have joined them in warning that there are more uncertainties and climate stresses to come.

The new study however re-examines the possibilities and once again spells out the dangers in language of uncompromising clarity. “The Earth system may be approaching a planetary threshold that could lock in a continuing rapid pathway toward much hotter conditions – Hothouse Earth.

“This pathway would be propelled by strong, intrinsic, biogeophysical feedbacks difficult to influence by human actions, a pathway that could not be reversed, steered or substantially slowed.”

And, the authors warn, the impact on human society would be “massive, sometimes abrupt and undoubtedly disruptive.”

But, of course, nobody knows at what point such a dangerous slide into a new temperature zone could become inexorable, and the researchers make this clear.

“What we do not know is whether the climate system can be safely ‘parked’ near 2°C above preindustrial levels, as the Paris Agreement envisages,” said Professor Schellnhuber, “or if it will, once pushed so far, slip down the slope towards a hothouse planet. Research must assess this risk as soon as possible.” – Climate News Network