Get Daily Email
Join/Login CLOSE
Home / Featured Content / How I Messed Up a Lesson in Laundry: The Error Cascade

A funny thing happened recently in my laundry room whilst teaching nine-year-old Jackson to wash and dry his clothes. It reminded me of the danger of cognitive biases and the error cascade they can create.

Because I believe every child should learn how to do laundry, and it’s best to start before it seems too much like a chore, I began what I thought would be a simple lesson. 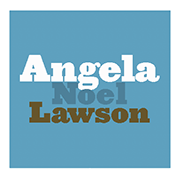 First, we sorted the clothes. Then we selecting the wash temperature and water level before adding the correct amount of soap. We pulled out the dial to begin the water flow and spread the clothes loosely around the agitator.

After the successful wash, Jackson managed to move most of his wet clothes to the dryer. (I had to grab a few from the back of the drum because he said he was too short to reach them–he’s not wrong.) When the clothes were properly loaded and the lint trap cleaned, I told him to spin the dryer dial to select the appropriate setting for his shorts and t-shirts.

His hand still on the dial I said, “Now, pull it out to start the dryer.”

He pulled and the dial came off in his hand. He looked concerned. “Was that supposed to happen?” he asked.

We both tried again, refitting the dial into the spindle. When we failed we called up the stairs to my husband, “Paul! A little help here, please.”

Paul to the Rescue

Paul appeared in the doorway of the laundry room a few moments later, “What’s up?” he said.

“There’s something wrong with the dryer dial,” I told him, handing him the plastic circle and hoping he’d know how to fix it.

He fiddled with it, trying the same thing Jackson and I had–replacing the dial and pulling it again–assuming it would catch and start the dryer. But it didn’t work.

Paul sighed, “I’ll go get the pliers and see if we can pull it out that way.”

As Paul went up the stairs to find the pliers, Jackson, ever optimistic, said, “Well, we can just use a clothesline.”

Jack and I left the laundry room and started on another project. A few minutes later we heard Paul’s disembodied voice from the top of the stairs, “We’re idiots.”

“Everyone, meet me in the laundry room.”

Jack and I followed Paul and stood next to the dryer. Paul paused theatrically. A second later, he lifted his finger and depressed the button clearly labeled PUSH TO START.

The dryer roared to life.

For one reason or another, as I endeavored to teach my young son a life skill, I’d managed to forget how to operate the dryer I’d used for more than three years. And when Paul arrived on the scene, he went right along with my mistake.

The question is: Why? Caught up in the momentum of the moment, and at the mercy of the brain elves that take over sometimes, an error cascade was at work.

Availability, Anchoring and the Bandwagon

First, I’d fallen victim to a version of the availability heuristic. This is when the recency of information overshadows other data. Because I had shown Jack how to pull the washer dial out to start the washing cycle, my brain readily grabbed on to that information when confronted with a similar dial on the dryer.

Next, unable to see that I’d made a simple error, I brought Paul in on it. I created an “anchor” for him, causing his brain to give more weight to the first piece of information he was offered in the situation, rather than the most important.

And finally, because now we both agreed on the problem with the dryer dial, we had a bandwagon. We’d collectively entered into the same (wrong) problem giving us both more (false) confidence that we knew enough information to begin to fix the situation. And poor Jackson, a newbie to laundry, threw his thoughts into the mix as well.

Now we had three people, all focused in on solving the dryer dial issue when the real issue was my brain’s initial error.

Clearly, my laundry problem was trivial. We laughed about it. But is this type of thing happening with much bigger issues?

When I look closer, I see how easy it is to allow the wonderful, amazing organ between our ears run roughshod over reality. The truth is there–it might even be so obvious it’s right in front of our noses. But, we must have the courage and spend the energy to see it. And if we miss it the first time around, we have to be able to say, “we’re idiots” and try again.

Originally Published on You are Awesome