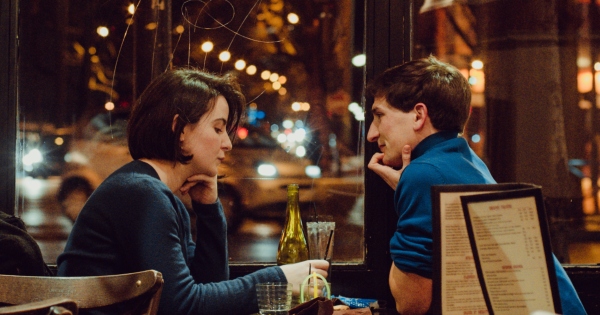 Raise your hand if you’re single and are on Facebook? OK. Thanks.

One more question. How many single people on Facebook see those BS ads on the right side of the page, click the ad yet somehow never see the person in the ad? Yeah. Same here.

If you’ve never seen these ads, they truly are amazing. Facebook was nice enough to take the time to tailor the ad just for me. Apparently, there are a lot of large breasted women who are looking for 53-year-old single fathers of adult children.

When I click on the site (which has pictures of extremely attractive women) I see women. Lots of women. Do they look like the women in the ad?

Not a one them! I call this false advertising. And getting ones hopes up. Neither is cool. Not cool at all.

If you have something that you’re passionate about and are looking for that special someone who also shares the same interest, hit up your favorite search engine and begin typing.

It has to be worth a try, right? You can go through hundreds and probably thousands of profiles on the big, general dating sites before finding someone who shares your passion or you can try and find a site that caters to your personal preferences.

My favorite ad for a niche site has to be the one for Christian Mingle. They explain, “If you’re looking for a Christ-centered relationship, the next move is yours.”

The next move is yours? I didn’t think Christians were supposed to have “moves”. I thought the purity rings some wear counteracted the urge to put the moves on anyone. Maybe I was wrong.

I’ve tried Match.com with limited success. The same with e-Harmony. I appreciate the effort that old dude and his company are putting in, but the reality is that I end up running into the same train wrecks that I do on the free sites.

If I thought I was getting something for the cash, I could see forking money over, but I don’t feel like I’m getting anything of value.

If you’ve ever done any Internet dating, you’ve likely run across PlentyOfFish.com. (POF). I will admit that I’ve met a small handful of nice people there.

When I lived in Canada, I met someone on that site. A couple of someones actually. However, the overwhelming majority of people have been either crazy, strange, not honest in their profile or a combination of all three.

I’m sure there are lots and lots of wonderful women on POF, but I can say that I have yet to meet more than a couple of solid ones. I can’t tell you how many women have a profile that says they’re 42, but you would swear in court that she was 60+.

Let me disclaim this right now and say: I am in no way making fun of anyone’s weight, whether below average, average or above average. Anything I say is meant to illustrate a point and not ridicule. Hell, I need to lose 45, so no way am I cracking on people’s weight.

That being said, people need to be realistic about what they look like. I tell people that I’m fat and they typically say that I’m not. “It’s no more weight than most people need to lose,” they tell me. I don’t buy that, which is why when I was online dating I put, “A few extra pounds” rather than, “Average.”

Just because everyone in your family is 60-80 pounds overweight, that doesn’t make you average. If you’re a little big, then say so. Some people are looking for that and if you’re stuck in, “Average”, you may get overlooked. If you don’t like being in a certain category, make it your goal to get down to the next level.

Why would you spend months trolling through the big sites looking for the one, when it can be done quicker and easier?

For example, if you’re Jewish, there are sites for you. If you like women with a checkered past, there is a site called Women Behind Bars.

You can correspond with an inmate, then possibly let her beat you, rob you and maybe even kill you shortly after her release. But not until you’ve bought her a new wardrobe and a smooth ride, of course.

If you’re willing to drop a grand for a lifetime membership, you can join Scientific Match and let DNA testing help determine your match. I don’t think Crazy Blind Date needs any further explanation, nor does Bi-Cupid.

Into Ayn Rand?  You can join Atlasphere.com. If World of Warcraft is your thing, then you will want to rush on over to DateCraft.com. As tempting as that may sound to some of you, please wait until you’re finished here before you do so.

If your private area itches, drips or oozes, you can log onto STD Friends and find people who likewise suffer from chlamydia, gonorrhoea or just plain ol’ crabs. My favorite niche site might just be Ostomate.com. Yeah. It’s what it sounds like. Dating for those who have to wear a colostomy bag.

I told you there was something for everyone.

There are so many more sites out there that cater to the strange, bizarre, weird or just straight up interesting things that we’re into. There are way too many to list. Some of the names wouldn’t be publishable.

What did I miss? Are there any more niche sites that I overlooked? Do you have any experience with any of these? Stories that you heard from, “A friend?” Spit ’em out. Let’s hear them…