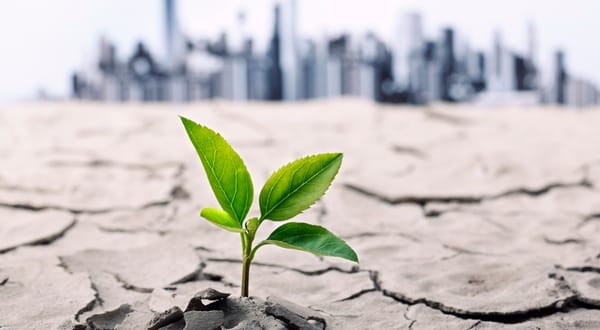 —
The media coverage of the latest IPBES report on the collapse of biodiversity and the destruction of the planet at an unprecedented rate seems to have raised awareness among the public for the need to implement urgent change.

So far, young people seem the most aware of the problem, although they have the least chance of being in a position to make major decisions. That said, their actions and arguments suggest they could cause their parents to rethink the subject and that, in some countries, a growing number of them are even beginning to support their children and demand action from their governments.

In this context, it’s good news that the main problem facing most Democratic candidates for the presidency of the United States is the absence, except in a few cases, of a proper, credible and specific agenda to try to tackle our climate crisis (Republicans don’t and nobody expects them to).

For the first time in the history of mankind, carbon dioxide in the atmosphere is greater than 415 parts per million, a clear warning that shows our responsibility for climate change. An article in Harvard Business Review discusses how to do business in the era of mass extinction, as more and more scientists are testing increasingly radical technologies to try to repair some of the damage we’ve done to the planet in a scalable way and at reasonable cost. Several countries are proposing, declaring or considering a state of climate emergency; two thirds of people in Britain accept that there is in a climate emergency and say they would change their vote to try to fix it. Even London’s famous red double-decker buses will soon be hydrogen powered.

How not to act in case of emergency? Firstly, by not denying it or assuming that the scientists have got it wrong. We have an emergency, it is real, it affects us all, and it can only be avoided if we take the appropriate measures, now. Denial, catastrophism and resignation will not help. Instead, we must demand our politicians come up with a specific agenda of credible and realistic measures and that those who can’t or who insist there is no crisis should be voted out of office, while at the same time, we as individuals have to start doing everything that in our power to reduce our contribution to emissions as much as possible.

Either way, we carry on as we are, believing absurd conspiranoias or simply denying the evidence. The emergency is real and although many still prefer to look the other way, this is happening. It’s time to start doing something.

This post was previously published on Medium and is republished here under a Creative Commons license CC BY-ND 4.0.
—
Photo credit: Istockphoto.com

END_OF_DOCUMENT_TOKEN_TO_BE_REPLACED

Facebook10Tweet1Pin1EmailShares12
wpDiscuz
Share this ArticleLike this article? Email it to a friend!
Email sent!