Get Daily Email
Join/Login CLOSE
Home / Featured Content / How to Bounce Back from Your Bumps, in 4 Quick Steps 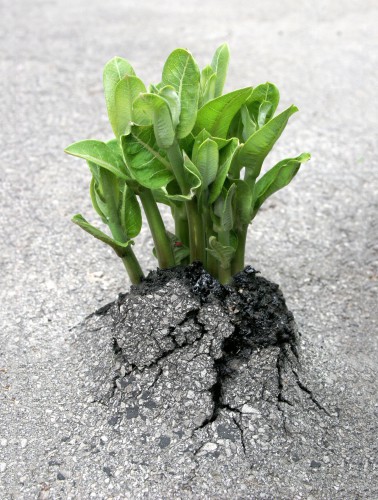 If you want to become more resilient to life’s continuing knocks, there’s a simple and hugely powerful, 4-step process (T.E.S.T.) to help you bounce back stronger and wiser than before. It has its roots in sports psychology and delivers powerful results at all levels of sport, from elite, to grassroots coaching. Let me explain …

Seven years ago, my eldest daughter (aged 11 at the time), was brimming with confidence that she’d get a main part in the school play. Given her acting skills at the time, the fact that she was going to a private drama academy (and to be fair to her, years later, she subsequently got a 9 in her G.C.S.E.s for Drama), she was sure she’d sail through her auditions. Unfortunately, she didn’t even secure a small part and was put in the chorus group. She came home devastated, her learned resilience strategies kicked firmly into touch:

I’m rubbish at drama … I didn’t even get a small part with one line … it’s not fair … Why do I even bother going to drama academy?

As her dad, I was disappointed for her and knew it was time for a T.E.S.T. analysis of her setback.

For my daughter, this meant getting rid of permanent statements like, “I’m rubbish at drama” and replacing with:

I’m gutted at the moment that I didn’t get the role I wanted.

Step 2: Identify the EXTERNAL things, which impacted the event and which were beyond your control.

Some people struggle with this step because they see it as making excuses or deflecting the blame, but I see it as simply identifying external factors and it adds to the learning experience. When life goes wrong or when you simply screw-up, they’ll usually be external factors which contributed to the event and you’re more likely to do better next time if you know what they are.

For my daughter, when we analysed her audition for the play and reflected on the external circumstances, we remembered that she almost stayed at home on the day of her audition because she was feeling unwell. In the end it was a 50/50 decision about staying at home or going to school but because we were short on child-care options, she went to school, but she was definitely not herself.

“I’m gutted at the moment that I didn’t get the role I wanted. It didn’t help that on the day of the auditions, I was feeling unwell and this probably affected my performance in the auditions.”

Step 3: Examine the SPECIFICS of what went wrong and use them to create a/some learning points.

Finding external factors (step 2) is not about making excuses … so long as you also identify specific learning points to help you improve your performance. In this example, my daughter recognised that because she was feeling unwell, she might not have put as much energy and focus into the audition.

Therefore, even though she has a natural flair for drama and should have had the upper hand, she needs to ensure that whenever it’s time to perform, whether it’s drama auditions or something else, she has to give 100%. Anything less and she may not achieve what she wants. When she worked through this learning point, she vowed that next time, she’d be ready … whether she was feeling well or unwell.

I’m gutted at the moment that I didn’t get the role I wanted. It didn’t help that on the day of the auditions, I was feeling unwell and this probably affected my performance in the auditions. I need to ensure that in future, when I perform, I’m fully focused and give 100%.

Step 4: Find something to be THANKFUL for.

Highlighting a specific learning point from a set-back is in itself something to be thankful for, but working to identify other things for which you can be thankful is a powerful exercise. Using the example of my daughter, she felt thankful that two weeks later, she’d be running the 400 meters on her school sports day in the gifted and talented section so she had another chance to shine.

“I’m gutted at the moment that I didn’t get the role I wanted. It didn’t help that on the day of the auditions, I was feeling unwell and this probably affected my performance in the auditions. I need to ensure that in future, when I perform, I am fully focused and give 100%. At least I have another chance to shine in two weeks time on sports day and I’ll ensure I’m completely prepared.”

Using the T.E.S.T. formula, she still felt disappointed about her set-back, but it gave her perspective, it stopped her from blaming the teachers and thinking they were obviously biased against her, it stopped her feeling resentful towards her classmates, and it helped her to process the set-back quickly.

She performed her chorus part with enthusiasm … and when it came to her 400M on sports day two weeks later, she nailed it and won the race with a gutsy and tactically brilliant run (she’d been training for it and was determined to win).

Facebook12Tweet4PinEmailShares16
wpDiscuz
Share this ArticleLike this article? Email it to a friend!
Email sent!