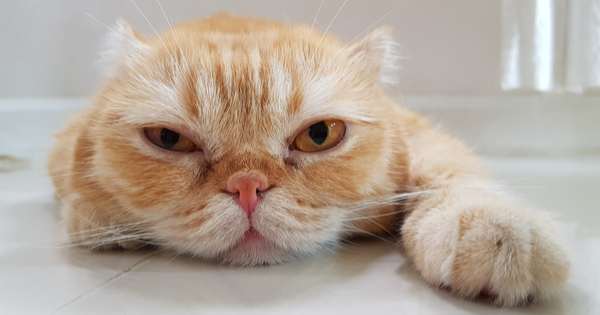 My ex-wife, Arlene, and I have an interesting relationship.  She will do favors for me, and I will do the same for her.  One of those favors for her is to take care of her pets, or her house, when she is away on vacation.  I can’t tell you how many times I have done this; usually, my payment is a bottle of scotch, which I happily accept. 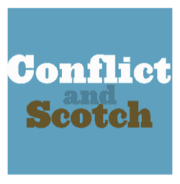 This last summer, Arlene and her boyfriend/fiancé (a real will they or won’t they) headed out for a four-day vacation.  I’m not even sure where they went, I think Lake George.

During one of our heat waves, Arlene phoned and asked if I’d water her flowers and look in on Tucker (her cat).  I said I would.  It was a lockdown, any reason to leave the house was welcome.

I headed to her house.

Inside, I called for the cat, but couldn’t find him.  I searched under couches, behind chairs, but nothing.  Just a brief background on Tucker, he is the angriest cat I ever met.  Smothered in fish oil, he would still turn his back on me.  So, no surprise, he didn’t come running.

Went out to water the flowers.  Just a heads up to Arlene, when you ask someone to water your flowers, at least have a relatively new hose and sprayer.  Hooked up the hose, and as I unrolled it from the cart, geysers sprung from the hose as each foot unfurled.  Tearful bullet holes.  Luckily, it was a hot day, so welcomed the relief, but annoying just the same as I trolled the yard, front, back, and side watered planted and potted flowers alike.

Back in the house, Tucker made an appearance.  He strolled up and rubbed himself across my ankles.  Brushed his head along the side of my shoe.  Tucker never acted like this.  Tucker, if nothing else, is an outside cat.  Three days in solitary had taken its toll.

This cat was broken.

Tucker jumped on the counter, and I feed him snacks.  Walked to the couch and sat down.

He trotted over, like I called a dog, and jumped on the table.  I pet him for a while, then got up to leave.  Tucker weaved between my steps, almost tripped me as I moved to leave.

The next day, I felt bad for the cat, so went back to check on him.

same thing happened, Tucker came out of hiding, arched his back and rubbed against my leg.  Fed him snacks, rubbed his head, then started to leave.

That’s when it got ugly.

I moved to the stairs to leave, Tucker stood in front of me and let out a guttural sound that I never heard before.  I stopped in my tracks.  Tucker took the moment to claw my sneakers; his guttural voice grew louder.  Moving forward his attacks increased.  If Tucker had a sledgehammer, he would have hobbled me like James Caan in “Misery” to keep me from leaving.

I was not his biggest fan.

Six foot two, two hundred and fifty pounds and I was kidnapped by a cat.

Backing down the hallway, I had every reason to believe Tucker was going to jump up and take out my eyes.  The guttural sounds continued as I moved down the stairs and made my escape out the front door.

A year or so ago, Arlene had two dogs and two cats, so her leaving for a few days wasn’t so bad on the animals; they had each other. 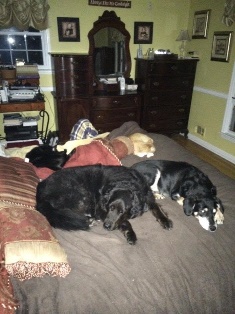 Next time I called Arlene, I told her she better figure out a way to let Tucker out whenever she goes away for more than a day.  Build him a tunnel, or a door, that he can come and go, but he must be able to get out.

Now, when I go over there, and Tucker moves towards me, I take a step back or two.

After this was all over, I reminded Arlene that, for this favor, she forgot to buy me that bottle of scotch.

Tucker is not the only one I must keep an eye on.