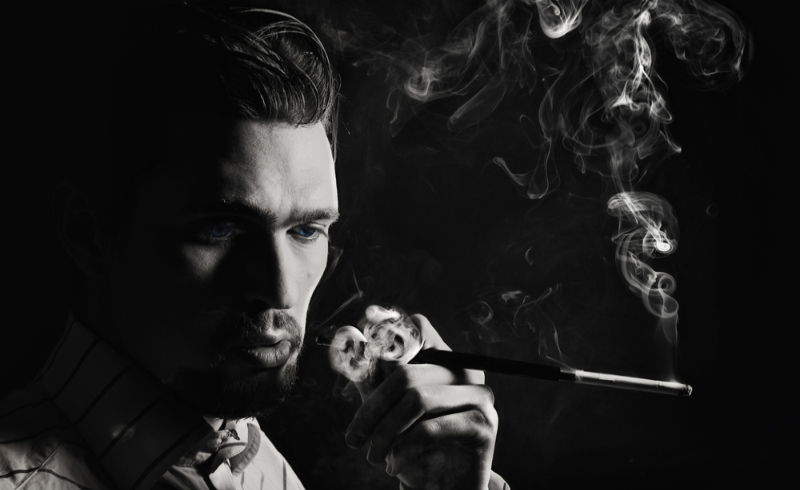 The long story short is that I helped steal a whole bunch of drugs. I wasn’t the lone mastermind behind the project, but I may have initiated the illicit activity because I can’t stand people who boast about things they shouldn’t. It wasn’t about the drugs at all actually. I gave most of my share away to a buddy of mine who was so surprised he almost wept. It was about destroying the ego of an asshole.

I forget the guy’s name, I think it was Brett. He was a drug dealer. A smooth-talking kid with gelled up hair and cologne.

He wore a lot of vests and visors and talked about “BC buds”. I never really knew what that meant. British Columbia? We were just outside of New York City and I always thought it was ridiculous to think that someone shipped marijuana across the entire country just for him. I also never asked because he never stopped talking.

He talked about his drug dealing business and how he was hooked up with the best connections in the country. He talked so much that he went ahead and told a bunch of us one night that he had a large wooden lockbox under his dorm room bed. That’s where he stored everything.

He talked on and on and on that night and I just couldn’t stand it anymore. I wasn’t even sure I believed him anyway and none of us liked him. Yet, somehow he was always around, using us as stand-in friends, the only ones who didn’t use him for his “connections” it seemed. I’m not sure anyone invited him, but somehow he always found us where we were.

I got so sick of it one night that I casually mentioned we should rob him. Next thing I knew, I was pulling the fire alarm to the dorm building he lived in to evacuate it. Sometime later we reconvened and had his stash. None of us could believe how easy it was. He was going to get a surprise when the fire company let him back in the dorm!

I’m not quite sure how it got back to him that I had something to do with it. I think it was this neo-hippy Scott, a real nervous rat just trying to stay on his drug dealer’s good side. Anyway, he came to my room to fight me. I told him to fornicate with himself or maybe his other three buddies could help him. For whatever reason, they didn’t just beat the crap out of me, but dejectedly left. I knew right there this guy was nothing.

Then one night I came back late from the library and there were adults in my dorm room asking me about it. Grown men had somehow gotten into my room and I didn’t want to know how they did that. They wanted to know what I did with their drugs and money. I told them I had no clue. They knew I was lying by the rotten smirk on my face. They turned my room over and found nothing. I had already given everything away. It was never about the drugs, it was about screwing with Brett. I was not a great person as a youngster.

I thought for a few days that I was going to be dead meat. These were the real drug dealers, Brett was just a puppet. They needed a young smooth kid to sell their product on a large campus and they found the dope to push the dope.

They didn’t expect a jerkoff country bumpkin not interested in the drugs or money, to steal from them. They didn’t realize I was just shutting the mouth of a loud talkative ass hat without just punching him in the face. They wouldn’t understand anyway. Or so I thought.

One day the Adult Drug Dealers suddenly showed up behind me while I was walking to class. They offered me a job. Brett was no longer to be trusted and who better to ask than the guy who ruined them in the first place. I declined the job even though the pay scale was pretty good, especially for someone who wasn’t going to use half the product. They were nice enough guys actually. Hell, I stood around and was late to class to hear them out.

So I could have been a drug dealer. But stupid me had my sights set on something else, being a writer. So instead of driving a fancy car, I don’t have one. Instead of having money I have none. Instead of vacations in Barbados, I just don’t go on vacation, ever.

Sometimes opportunity knocks, but you have to follow your dreams instead.