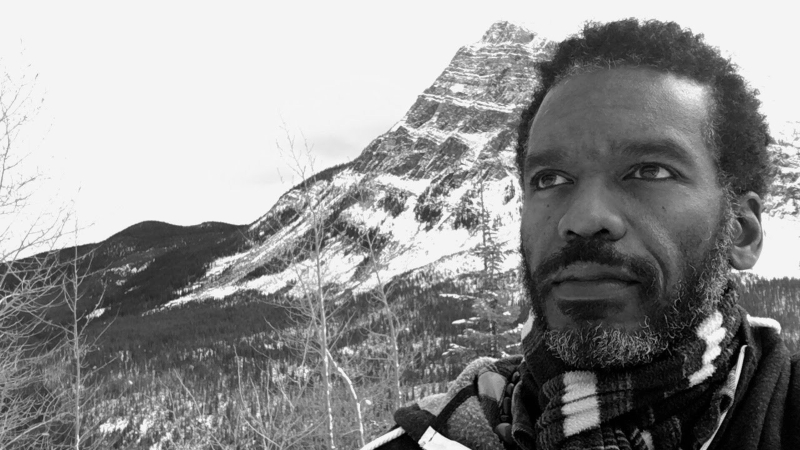 A few days ago, shortly after seeing the video of George Floyd’s death at the knee of a police officer, I was jogging in my neighborhood of Altadena. Altadena is a middle- to upper-middle-class neighborhood. Parts of it look like Beverly Hills. It’s a quiet, tree-lined community with nice parks, friendly people, and the famous “Christmas Tree Lane.”

As I ran, I came to a major thoroughfare. A police car was coming from my right on the opposite side of the street. The car slowed down and my heart began to race. Thoughts of Ahmaud Arbery and George Floyd were running through my head.

Why was he slowing down? What had I done? Who was around me? Were there any witnesses who could record me in case…you know?

The officer was slowing down to allow me to pass. In fact, he was slowing the traffic behind him too so that I could pass safely. And he was doing it with a smile. In essence, he was doing what the police are supposed to do—protect the public.

But I was legitimately scared. I was scared because I realized in that moment, he could have gotten a call about a robbery in the neighborhood and a black man with dark skin, kinky hair, wearing a t-shirt, and shorts was the suspect.

A black man. Check. With kinky hair. Check. Wearing a t-shirt. Check. And shorts. Check. I checked off all the boxes.

I fit the description.

How many black *men have died because they “fit the description?”

So, inspired by Tyler Merrit’s video of a few years ago (which has recently begun re-circulating), I wanted to share with you a little bit about me. (I would have made a video, but with my “Rona” hair and the bloodshot eyes from late nights and the recent cry I just had with a friend, I’m not really video-ready.)

Before you call the cops…

I am the father of an amazing young man who has never had to be disciplined, and a married daughter who blesses the world with her singing.

I am a divorcée who is still friends with and very supportive of my ex-wife. We had a conscious uncoupling release ceremony on a beach in Spain. 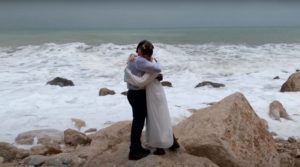 I have two brothers, a sister, and two fathers. I don’t talk to them nearly as much as I should.

I love to travel and hope I can do it again soon.

I am a writer who loves to write about everything from politics and pop-culture to faith and philosophy.

I’m a filmmaker with a passion for telling inspiring stories.

I’m a blerd (a black nerd). I screamed “YEAH!” and nearly jumped out of my seat during the end battle scene of “Avengers: Endgame” when you know who wielded you know what (I’m hoping that’s vague enough to not be a spoiler).

I care about spoilers. So much so that if I write about one on Facebook, I’ll add 10 carriage returns to help ensure that people who don’t want to be spoiled won’t accidentally see what I’m writing.

I LOVE movies. I could watch them all day. I think “(500) Days of Summer” is a perfect movie. “Pitch Perfect” (the first one) is a guilty pleasure. “When Harry Met Sally” is my favorite rom-com, the “Lord of the Rings Trilogy” my favorite fantasy series, and I never tire watching “Pulp Fiction” or “Swingers.”

I firmly believe that “Star Wars” is fantasy, not science fiction, and am willing to debate you all hours of the night to prove it.

I love JJ Abrams and “The Force Awakens,” but bruh, Episode IX? What happened?

I believe that Daenerys and Emilia Clark were done wrong. I won’t go any further with that (because, as you know, I don’t like spoilers).

I’m still holding out hope that we’ll get another season of “Fleabag.”

For most of my life, I’ve been a Christian. As of now, I still consider myself a Jesus follower. I love what he stood for and the promise of his death and resurrection. But the last few years have really done a number on my faith. If I’m being honest, I don’t know where I’m gonna end up with that. I believe God understands.

My favorite Spotify playlist has everything from Manilow and Midnight Star, to Streisand and Shakur. “Girl” (the song Davy Jones sang on season 3, episode 12 of “The Brady Bunch”) is also on that playlist. So is “I Think I Love You” from The Partridge Family, the “I’ve Got Five On It” remix, and “People Everyday” by Arrested Development. The reason for the wild variety is…complicated. 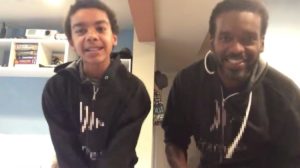 Father and son rap duo. Give a brutha a call Lin-Manuel. 😉

“Book of Mormon” made me crack up hysterically, and also brought a tear to my eye during the song Nabulungi sings near the end when she realizes what she was believing was a lie. (I don’t think that’s a spoiler.)

I love “Sound of Music” and know the words to all the songs except “I Have Confidence.”

When I’m in a bad mood, I’ll sometimes lipsync Tupac’s “Hit ’em Up” and pretend to be a hard gangster rapper. If you knew my background as a black man growing up in a predominantly white world, you would realize how utterly comical that very notion is.

My two best friends (who are black) constantly tease me about aspects of me that are, shall we say, not stereotypically “black.” And I love them for it.

Every episode of Some Good News made me cry.

I never tire of “That’s what she said” jokes.

I love jazz and used to dance on a semi-professional Lindy Hop dance troupe. My signature move was leap-frogging over my partner’s shoulders and landing in the splits. 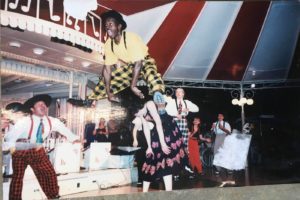 I frequently dance with wild abandon in the middle of the night when filled with joy. I particularly like to dance to “Sweet Disposition” by Temper Trap.

I have not been dancing lately.

There is so much more to me than this. But I wanted you to know who I was, before you call the cops.

The video that inspired this essay.

Thank you for introducing yourself to us. I honor you. I respect you. I see you. I champion you. I am truly sorry about the injustices in this world. I am so grateful for your work and your voice.

Facebook63TweetPin1EmailShares64
wpDiscuz
1
0
Would love your thoughts, please comment.x
()
x
| Reply
Share this ArticleLike this article? Email it to a friend!
Email sent!