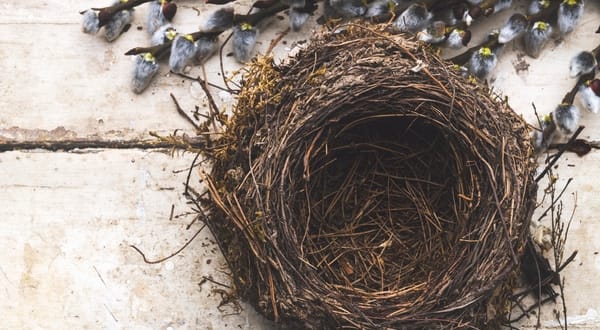 I thought because this was the third time I watched my kids move out, it wouldn’t hurt as much.

I feel old again. Or older.

I was wrong about it being easier.

I know I’m not the first parent to have kids move out. I won’t be the last, either. I know that.

I have the same doubts and fears as I had two years ago when the two oldest kids left the house within a week of each other. Adam’s departure was confused and chaotic. We thought we’d have one more day, but in typical Army fashion, plans changed at the last minute. The next weekend, Erica left, moving in with her best friend.

The day after Adam left, I wrote this:

Was I a good enough parent? Did I teach you everything you needed to know? I couldn’t have. Does any father ever really?

Did I at least teach you enough of the right things?

I wasn’t ready for these feelings.

I wasn’t ready for this pain, for this ache. For this hole in my center.

What’s at the center of that hole? Is it fear? Am I afraid of what could happen to you? Am I afraid that I didn’t prepare you well enough for this path that you’ve chosen? Am I afraid of showing my emotions to my family, for fear of seeming even weaker than I really am?

I think the hole isn’t as deep this time. I’m not sure why.

I never struck out alone, in all of my plenty-two years. I lived with my parents until I started college, where I had a roommate. Very soon after I started, I dropped out of school and moved back home. A few months later, I joined the Army, living in the barracks in Germany, again with a roommate. After I got out of the Army, I moved back in with my folks. A few months later, I got married. My first wife and I lived in a trailer her parents owned.

They lived right next door. That may have been a tactical error.

Barely eighteen months later, I moved back home with my folks. I lived with them for about eighteen months until I “got my own apartment.” That was the story we told everyone. The reality was that Diana was there far more often than she was at her sorority house. Once she graduated, we abandoned all semblance of living apart.

I don’t know what it’s like to be completely dependent on myself.

I’ll admit that idea unnerved me more than a little bit when Diana and I were contemplating divorce. I had a house ready to move in to. Some of the kids would move in with me, I knew. But I’d basically have been on my own, and I don’t know how I would have handled that.

There’s a lot to envy right there.

This empty nest thing takes a little work to get used to.

We can lock the door for the night a lot earlier than we used to.

Athena won’t be barking when Owen comes from his closing shift. She gets her couch back, too; Ian had been sleeping on the hideaway bed since he got back from his Ohio job.

I’m still adjusting. But the end result is still the same. There aren’t as many cars in the driveway. The house is a little quieter.

And I’m feeling a little older and a little lonelier.