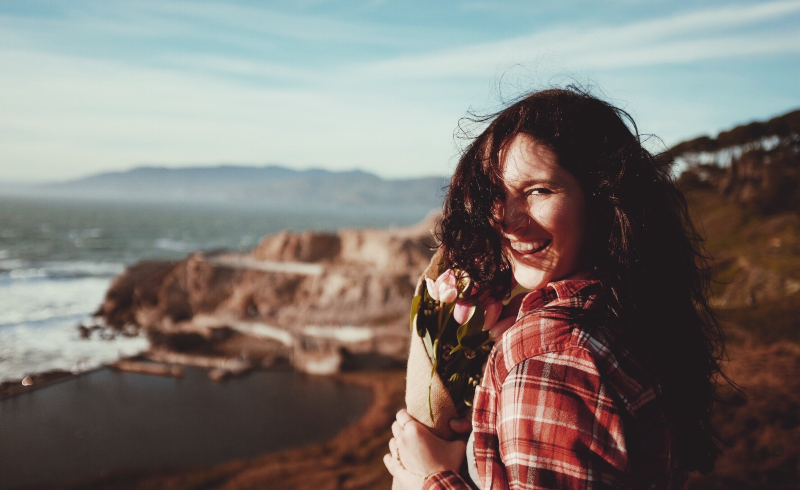 I’m a textbook case of “how not to raise a human”. I’ll spare you a long boring story; my childhood wasn’t such an anomaly from others growing up in a dysfunctional home. My experiences include extremely religious parents, being a first-generation immigrant, the only girl in a family of devout Muslims, violent childhood abuse, an absent-but-still-overbearing father, a narcissistic mother with her own history of trauma, an eating disorder, a suicide attempt at 12, and a partridge in a pear tree.

Okay, not that last one. That would imply we celebrated Christmas and in a strict Muslim household, we sure as hell weren’t singing holiday carols.

Combine those childhood factors and you get one effed up adult. I was insecure, so much that I was positive that everyone disliked me despite having an abundance of friends and social circles. I questioned every decision; even choosing off a restaurant menu caused stress. My value was tied to my looks. I suffered from Imposter Syndrome not only at work but in my personal relationships as well. I assumed that if anyone knew the real me, they wouldn’t like me.

Don’t rush all at once gentlemen. I know I sound like a real gem.

These feelings of self-hatred manifested in the form of generalized anxiety disorder and depression. When I say “self-hatred”, I mean I really, really loathed myself. A solid chunk of every day was dedicated to my self-perceived flaws and lack of value. The mirror taunted me. My anxiety causes dozens of thoughts to play simultaneously without end and none of those thoughts were kind. I learned to morph into whatever a guy wanted to appease my absent-daddy issues. All this was with anti-depressants and therapy, to boot.

Being an unsuccessful perfectionist means I slapped on a smile on in any situation, even when my insides were dying. I white-knuckled my anxiety attacks until I could rush to my car or bathroom, alone, and meltdown. This never lasted long as I often had responsibilities, such as meetings or taking care of my kids. Speaking of the latter, my kids were the main reason I kept my shit together in the past decade. I know what it’s like to have a psychological hot mess of a mother; my kids don’t need the burden of my pain on their precious minds.

Unable to make confident decisions, I agonized for years about ending my marriage. Adding that to the pile of self-doubt and anxiety, I frequently curled up in a ball in the shower bawling because it was the only place at home where my sounds were drowned out.

“This isn’t the uplifting article I clicked on”, you’re saying to yourself. I can’t explain the crawl out of my hole of despair without painting a picture of what a tragic, emotional disaster I was. While on the outside I seemed fine, on the inside I was the picture under the dictionary definition of Broken.

Like any broken human, I was the queen of self-help books. Over two decades of thinking each book will be The One to solve all that ailed me. That’s a tall order for any single book given my (perceived) pile of flaws and trauma. Truthfully, most self-help books can distill down to a few sentences. The rest of the book is full of reiterated fluff so the author can meet page counts and seem like an expert in their field.

At the beginning of the COVID pandemic, I read “Girl, Wash Your Face” by Rachel Hollis. While reading it, I made the realization: I was sick of waiting for permission to live my life. Homegirl could churn out content for her books because she wasn’t sitting on a couch with a bag of Doritos reading about how to live.

I don’t remember even finishing the book. With resolve, I decided I was done being held back by my anxiety. Not that I was cured of my anxiety and psychological issues; I was going to move forward whether I had my issues or not. Life doesn’t stop just because you have anxiety attacks. I vowed to better function with generalized anxiety rather than fixate on how to cure it.

It’s worth noting that I still had issues. I was still plagued with insecurity and feeling worthless. I just didn’t let that stop me from doing the things I wanted to do. Given quarantine and social distancing, the list of what I wanted to do was limited. I splurged on a bike (that took four months to arrive because everyone else had the same idea). I exercised with goals beyond “lose weight and stop looking like trash”. I wrote for fun on Medium and shockingly made $5k in three months. I re-opened my Etsy shop I folded years ago. At the end of summer, I had surgery to fix a crummy tummy tuck I had done years ago.

The biggest change was telling my husband I no longer wanted our marriage. The future stopped looking scary when I decided that being in limbo made me more miserable than the unknown.

Remember how I said I was done reading self-help books? Well, that was a bit of a lie. Way back in March (sigh, the naïve, innocent time of Spring 2020), I also picked up a self-help book about getting past issues from having shitty parents. I don’t even remember its name. While I still talk to my parents for the sake of my children, I harbored emotional baggage from their child-rearing methods that were in line with the middle ages. Being raised as a robot and not allowed emotions results in too many feelings with no healthy outlet.

Barely within the first few pages of this book, I suddenly thought, “fuck this shit”. I was done. My parents are never going to call me up to give praise or provide emotional support. They’ll never acknowledge the crappy things they did to my brother and I growing up. While they’re fantastic grandparents, they can never undo decades of psychological damage. I had all my happiness eggs in one basket, hoping I could understand and make sense of the damage they inflicted when really…as parents, they just sucked. That’s it. End of story.

As an adult, I continued to punish myself for senseless and meaningless things the way I had been punished as a kid. They weren’t the ones doing that. I was.

When I realized I no longer needed to play a martyr or seek permission to be happy, an incredible mind shift happened. I stopped feeling like being a tough soldier was a badge of honor. Feeling like an emotionless robot didn’t seem like a positive trait of resilience.

I stopped needing permission from others to be happy.

We’re nearing the end of 2020 (cue bolt of menacing lightning at the mere mention of the year). A year ago, I was miserable. I agonized over leaving my husband and every day I fought demons that tormented me over my lack of worth. The mirror was my enemy and I didn’t allow myself the luxury of “happiness”.

Today is a different picture. When you permit yourself to be happy, it then becomes easier to seek out happiness. It spills over into all areas of your life.

When I’m wandering around my house (which is 24/7, thanks coronavirus!), I’ll look at things more objectively with a Marie Kondo eye and ask myself, “does this bring me joy?” Unlike in the past, I have no problems getting rid of clothes, makeup, jewelry, books, and shoes that I once clutched onto because I spent so much money or it once brought me joy in the past. They’re just things. And those things that don’t bring me joy can make someone else happy or go in the trash.

Because I’m kinder to myself, I no longer scream in horror at my reflection in the mirror. I make more effort to appreciate what I have and focus on positively fixing the things that I don’t (even if it means some bronzer to contour my aging face). It feels like I’m defying the unspoken laws of society that says I’m supposed to feel bad about myself because I’m not young or curvy or have Kylie-esque lips.

Since I’m still living with my separated husband, I’m still subject to his attitude and temper. Unlike in the past, I don’t care anymore. When he flips out over something minor and makes accusations, I no longer care that he views me in a negative light. As long as he is amicable with me in front of our kids, I don’t give a crap about how he acts with me in private. It’s liberating to not jump through hoops and pretend to be someone else to keep the peace with a significant other. I’m done being someone that I’m not.

It’s an odd feeling to not hate yourself when you spent decades fixating on your flaws. Wasting a year in lockdown highlights a lifetime wasted on negative energy. We’re approaching a new year. No more self-bashing over my looks or my worthlessness. I’m doing the little things I can in the name of joy and self-care, without needing anyone’s permission.

What’s your takeaway from this article? If you’re like me and you identified with being a tough-as-nails-hard-ass-like-Clint-Eastwood, try as an experiment for a month to be someone else: