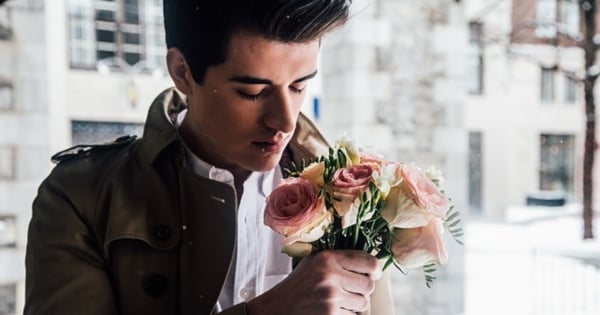 —
The first date my wife, Jen, and I went on was more or less blind. I was seventeen and had seen her in a play I’d gone to watch my younger brother in. Though he’d shown her a picture of me, we’d never met, and all I knew of her was that she was very funny playing the role of Tranio in The Taming of the Shrew, which was technically a man’s part that she played sort of androgynously. 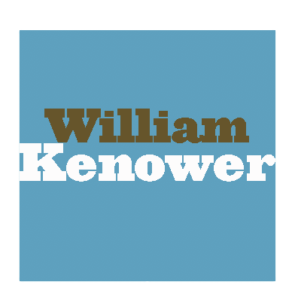 I’d never asked a girl out I didn’t know. Standing in my kitchen by the phone staring at her number, I prepared myself for the inevitable wave of anxiety, the cold palms, and the pounding heart. To my surprise, that anxiety never came. “That’s odd,” I thought and started dialing.

Here’s something else that was odd about our courtship: In those early days, Jen gave me very little in the way of encouragement. She never called me, and she never sounded glad to hear from me when I called her. And yet I never wondered if she liked me, never worried that she might dump me. In fact, I had no anxiety about our relationship whatsoever. I didn’t have it when we were in high school and didn’t have it seven years later when we reunited as young adults.

Prior to meeting Jen, and in the years when we were living on separate coasts and out of contact, my romantic life seemed steeped in anxiety and drama. The threat of rejection, that trapdoor into a pit of isolation, was constant. In this way, dating had far more to do with the loneliness and celibacy I didn’t want. I sought partners to soothe my fear of the empty bed, a nightly reminder of all that was missing in my life.

I experienced none of that with Jen because of where my relationship with her began–in me. It began when I noticed that I was interested in her specifically. I didn’t pursue her because I wanted a girlfriend, I pursued her because I wanted to hang around her as much as possible, wanted to hang around with her for the same reason I wanted to watch certain television shows or wanted to play Dungeons & Dragons or write stories. It all came from the exact same place, that unerring guidance system that tells me what of all the many things and people in the world I’m interested in, and what I’m not.

How does one access that guidance? If you’re still dating, still hunting around for the one, try this experiment. The next time you’re somewhere public, whether it’s a grocery store or an airport or a bar, imagine every prospective partner would say yes to you. Depending on your orientation, every single man or woman would go out with you, would sleep with you, would move in with you and even marry you if you’re so inclined. If that were the case who would you choose to be with if anyone?

It’s important that the answer is allowed to be, no one, as that is likely to be the case. Courtship, no matter where a relationship is actually going, can be exciting. Maybe you’re not feeling so good about yourself and then you notice someone noticing you. How nice to be seen and appreciated, to be reminded, if only in a glance, that you have something valuable to offer. Or Maybe you haven’t had sex in months or years and you’ve started wondering if you ever will again. How easy it is to start believing any sex is better than no sex.

Or maybe you’ve believed that old trope about someone being “out of your league.” You see such a person, and it’s not just that you think they’re sexy or cool or funny, it’s that you want to be in that other, better league. This unattainable person is your ticket past the gates dividing us into the majors and minors. Life’s got to be better there, doesn’t it? Why should you be denied access to a better life?

You won’t, of course, be able to picture exactly what it will be like, but if you strip away the fantasies of sex and approval and value it’s so easy to impose on strangers, you’ll see the actual person. If you’re honest, you’ll know almost immediately whether you’re authentically interested in someone or not, whether you’d truly like to get to know them better.

Chances are, you won’t see anyone you’d actually like to be with. Sleep with? Sure. Be friends with? Definitely. But be in a sustained romantic relationship? Probably not. We’re all picky. We all have very specific tastes in many things, partners above all. The idea that you would be happy with anyone is nothing but self-rejection, denying your own preferences, what you uniquely value. It’s nice to be wanted, but it’s much nicer when I care about what I want.

The thing about listening to unerring guidance is that you learn that you don’t get to pick who or what you love. That is chosen elsewhere. I had no fear when I asked out Jen that first time because I was choosing for the first time in my dating life to follow my own interest, choosing to say yes to myself, rather than hoping someone else’s yes could tell me who I am.