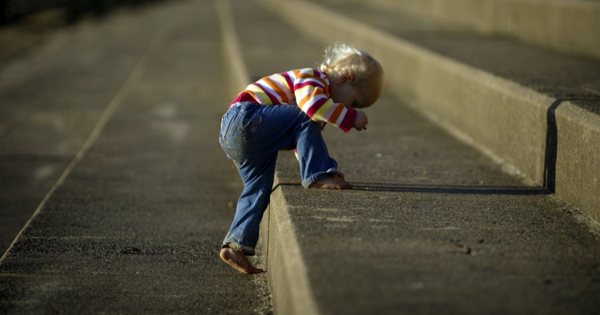 If at first you don’t succeed… hallelujah!

I’ve “built a lot of character” in my day – athletically, personally, romantically – and I’ll be the first to say it: “character” is a hollow reward. However, when it comes to fatherhood, Job One is to raise humans with compassion, resilience, foresight, breadth. In short: character. I’m not even sure I know what Jobs Two and Three are.

So, I’m left to face down the Failure Conundrum: on one hand, we want all our kids always happy, all the time; on the other hand, our real task is to empower them to be healthy, productive members of society – to know how to make themselves happy. I hate seeing them disappointed and dejected, but we all have to eat our vegetables, figuratively and literally.

My eldest son is loath to try new things because he hates being bad at something. His younger brother – having run around with the bigger kids since before he could run around – is perfectly used to it. As a result, he’s fearless. No self-consciousness, no compunction. Of course, that’s not always a good thing, and I’m working my butt off to install a governor on the dude’s internal accelerator, but he’s clearly headed for a rich and interesting life. Go with God, you delightful little scoundrel.

LOOK, entire, thriving industries are built on “overcoming fear of failure.” I think there’s a societal element and a personal one, but at the end of the day, losing is how you learn, and learning is how you improve, and improving is how you win. Failure isn’t the opposite of success, it’s just a stepping stone.

Failure helps kids learn who they are

I know a guy who has a great job, went to a good school, had an impressive GPA. Now he’s pushing 40, and he’s a mess. Turns out, every time he hit a bump in the road, his parents stepped in to save the day. You know: pressure the teacher, make a well-timed donation. Change a mind, land a do-over.

After school, he moved in with his college sweetheart, and to this day he hasn’t done a load of laundry. He’s never stood toe-to-toe with adversity and conquered it. He doesn’t even know he can!

Worse yet, he let his identity and his accomplishments merge. So, in recent years, when life has done what life does best, he’s been left with no rudder and no anchor. No sense of who he is to ground him, or experience overcoming hardship to provide a roadmap.

LOOK, life is not a series of boxes to check. As my high school track coach used to say, “that ribbon and 50 cents will buy you a cup of coffee.” The point is, a resume, accolades, a win-loss record, are all – like a $.50 cup of coffee – elements of the past. If they don’t inform or prepare you for the present, they’re meaningless.

Overcoming an obstacle is a small step for man, giant leap for man’s self-esteem. And even when we fail, we’re forced to confront: what was the point? What did we gain? Should we do it again, and why? I’ve lived it, over and over: every important and rewarding development in my life has been a direct outgrowth of another failure. If I had continued down the prescribed path, notching victories along the way, I never would have known who I was, what I loved, or how to respond when life does what it does best.

This is all well and good. More feel-good participation-trophy hoo-ha. How does it apply to my little punks?

THE TRICK IS to probe the reason for pursuing what our kids are pursuing, and be clear and deliberate in goal setting. Right now, my eldest is on an art kick, and his intrepid younger brother is obsessed with soccer. The little punk won’t stop kicking the ball in the house, so we watch Messi and Ronaldo, and I challenge him to learn moves. So far, he’s focused on improving, and he derives a ton of pride and satisfaction from learning new things. The artist, meanwhile, is cultivating an internal gauge of his work. In his own way, he’s making art for art’s sake, which is the only reason to make art. (Otherwise, you’re making commerce.) That feels like success to me.

It’s no secret that overcoming adversity is the key to building healthy and lasting self-esteem. “What doesn’t kill you makes you stronger,” etc. Anyone looking for an object lesson in the opposite case need look no further than the White House. But as dads, we have a great opportunity and a specific duty to gently guide our kids’ ambitions away from the win-loss record and deeper into the meaning of their undertakings.

If we want to raise winners, anyway.

Facebook65Tweet5Pin1EmailShares71
wpDiscuz
Share this ArticleLike this article? Email it to a friend!
Email sent!