I am a white man, born and raised in the United States. My privilege grants me the choice to address this or not, and the truth is, we, collectively, need to stop and consider a few things.

This may be upsetting, this may bring up some anger, this may even bring some relief, whatever it is, stay with me and read through to the end, because I want you to win. I want you to leave this conversation with a better understanding of people, all people.

While this term has evolved to include doing activities usually associated with white people, such as skydiving, the context here is when white people are doing things that are mean, ignorant or dismissive of any culture that is not white.

Some recent examples of whitepeopling are: BBQ Becky who called the police on a black family grilling in a park in Oakland, the Florida gubernatorial candidate who used the term “monkey it up” in reference to his black opponent, and this week, it was the Serena Williams cartoon that appeared in The Herald Sun, depicting her as a large ape stomping on her tennis racket.

As we look further into this together, I will illustrate some of the common, everyday occurrences of whitepeopling, and share what we can do about it. But first:

Why am I the guy to have this conversation?

Because, I was invited in. I grew up in the West Hollywood part of Los Angeles, California. I went to integrated schools and, at times, I was a minority. My friends and I often say that we grew up in the actual melting pot that people speak of when the idea of America is brought up; my friends represented, and still do represent, every race, religion, and sexual preference.

Why should I speak to this? Because even in an elementary school that was 75% black, I still recognized I was treated differently than my friends of color. Because one of my oldest friends was protested as she was bussed into a local elementary school. And because, my junior high and high school friends, shared stories far different than mine—within their neighborhoods, within the educational system, and with cops.

I was invited into this conversation by one of my Junior High School friends, a man of color whom I used to bring into Facebook threads to share about his black experience in America when white folks were arguing what they thought the black experience was supposed to be. At one point, he told me that I was the one who needed to be speaking up because “White people weren’t going to listen to [him],” and frankly, he and other people of color had grown tired of hitting their heads against the wall trying to educate people who weren’t wanting to get it.

What is it they want White People to get that we aren’t getting?

First and foremost, it’s that we are not black. Sounds simple and obvious, right? One would think so. However, the reality is, that we white people are often interjecting our opinions and points of view into experiences we know nothing about.

This is called ethnocentrism; evaluating another’s culture, based on the standards and preconceptions of your own.

When being ethnocentric, we make it all about us and try to fit everyone else into our context, thinking it is the only context. We say things like: “If you aren’t breaking the law, police won’t harass you,” or “It can’t be that bad,” or “Well, that’s not how I would do it.”

In my book: “Man School: Relating with Women in the #MeToo Era,” I discuss “mansplaining” at length; men telling women what they should do, could do, or should’ve done, based on our experience as men. This is the white equivalent of that. And the thing is, like a man disagreeing with what a woman says her actual, lived experience is, your disagreement is moot as it is not your actual, lived experience because you are white.

What can we do, then?

Stop, think and listen. We need to get in the habit of stopping and thinking before we say words, make cartoons and address anything that deals with race or involves someone who is a race other than ours.

We need to develop the habit of considering if something is potentially harmful. We cannot just dismiss our words and actions anymore as the other person being “too sensitive.”

Responses like: “lighten up,” “get over it,” “c’mon you know I didn’t mean it that way” do not work. They are dismissive, disrespectful and wreak of privilege. Does this sound like work? It is, and it’s good! Respectability politics is the game people of color have had to play for centuries to ensure their safety: Tailoring their language and behavior to not upset or challenge the mainstream, aka us.

Finally, we need to listen to what someone says their experience is, and then seek to understand. The more we can put ourselves in each other’s place, the greater the chance of healing the racial divide.

When Bill Maher used the “n-word” on his show last year, there were some members of the black community who were willing to give him a pass; most were not. Honestly, I have to respect that it is their place to make that choice and not mine.

However, as a White man looking to promote healing, my take was this: “New Rule: If you are white and think you have a pass to say the ‘n-word,’ you need a note from ten of your black friends saying you have a pass. And chances are, if you have ten black friends, you aren’t going to want to say that word in the first place.”

In short, it is time to turn towards each other, stop the debate and start to communicate. For most of us, that means listening more than anything.

Don’t like ads? Become a supporter and enjoy The Good Men Project ad free
Photo by Sylvie Tittel on Unsplash 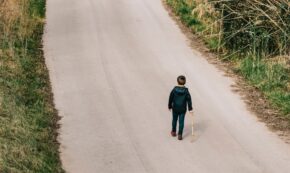 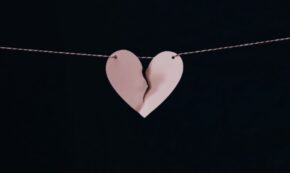 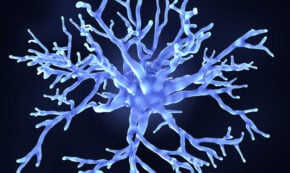 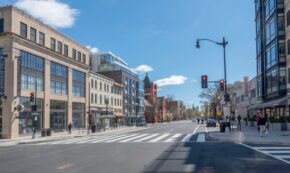 FacebookTweetPinEmailShares102
wpDiscuz
0
0
Would love your thoughts, please comment.x
()
x
| Reply
Share this ArticleLike this article? Email it to a friend!
Email sent!