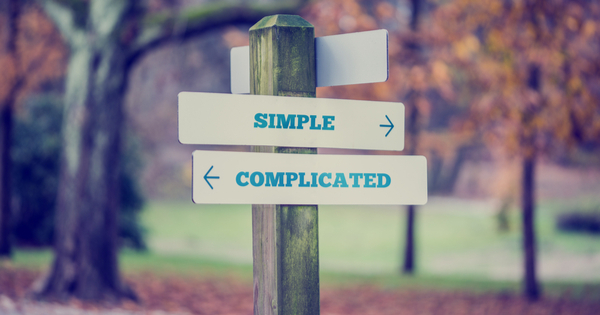 My wife, Jen, and I married when I was twenty-seven. We’d been living together for a couple of years, and had known each other since we were seniors in high school. Though I had several, life-long close friends, she had quickly become my closest. We’d spend hours each night talking, and I felt that there was something in those conversations that was forming the basis for the life I wanted to actually live, rather than the one I had been living.

When we decided to get married, there wasn’t much that needed to be agreed upon. It went without saying that we both wanted children; we also both wanted to have the time to do our creative work, me as a writer she as a writer and artist; domestic chores would be shared, and our monies would be melded.

The only thing we hadn’t discussed was names. As the day was approaching, Jen surprised me one afternoon when she said she was weighing whether she’d take my name or not. I hadn’t thought about this at all, though I had, for no particular reason, assumed she would keep hers. But Jen was considering the change, in part because the idea of the two of us sharing a name seemed lovely. Still, she wasn’t sure. She asked me what I wanted. What came out of my mouth next surprised me.

“Well, I’d be honored if you wanted to take my name. At the same time, I fell in love with Jennifer Paros, and so I’d be perfectly happy being married to Jennifer Paros.”

That was the absolute truth, and Jen ended up keeping her name. What surprised me was not how I felt about name-changing, but that I was capable, quite on the fly, of expressing it so accurately. At that time, the truth about much of anything seemed like a sort of moving target whose elusiveness could keep me up at night. Yet there it was when I slowed down enough to look for it, and there were the words when I gave myself the opportunity to find them.

It wasn’t complicated at all.

What has complicated things for me over my life was placing importance where it didn’t belong. If I had made Jen changing her name too important, if I had believed, for instance, that I needed her to do that to know she actually loved me and was committed to being with me, we’d have had a long and complicated conversation. It would have been complicated because I never would have said I needed her to change her name so I could be sure she loved me. I’d have talked around it and above it and below but never actually said it.

I know this because of how I felt about the relationship between success and value. I never said to anyone, let alone myself, that you could measure your value by how successful you were, but the idea lived in me just the same, complicating my life as I looked for my self-worth where I could never find it. Had I spoken it aloud, I believe the spell under which I lived would have been broken. Ideas like this can never withstand the light. They are transparent, and hiding behind them is always the ego, that which needs everything proven and compared and ranked.

But I shouldn’t be too hard on the poor ego. One of the most confounding truths to learn is that no one needs to do anything to be loveable or valuable. We just are.

Though I have largely answered the question value, I am still tempted by the idea that if my next book sells a little better, I might feel a little worthier, a little more deserving of something I had once been convinced I had to earn. Amazon sales rankings, and last names, and trophies, and job titles seem so real, so tangible and verifiable. Yet they are nothing but brief reflections of something that has always been and will never change, whose simplicity is hard to believe until you accept it.