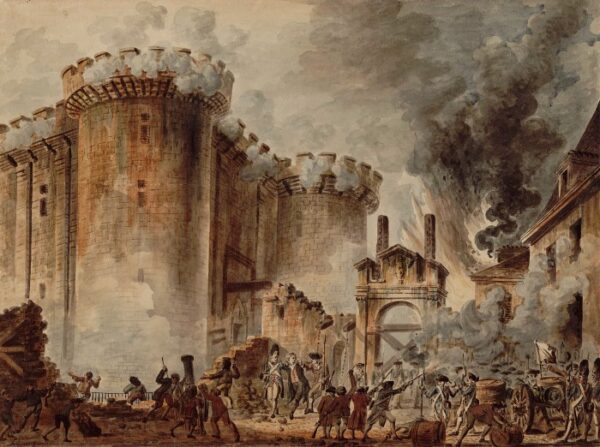 I am writing on January 7, 2021, the day after a mob stormed the Capitol at the urging of the leader of the insurrection — Donald John Trump — -with the stated purpose of stopping or at least disrupting the effect of the 2020 elections. The mob was tens of thousands strong, but was only lightly armed.

Congress was in joint session for the purpose of accepting reports originating in the states of the election results. It is a largely ceremonial process, since Congress is in line behind the Electoral College, and I cannot recall it ever being televised before. The state election results only began with the numbers generated as vote totals.

Mr. Trump publicly announced that the election was “rigged” months before election day and refused to commit to accepting the outcome — unless, of course, he was reelected. He recruited teams of lawyers and deployed them in swing states to the purpose of exposing corruption and preventing the certification of fraudulent results. It gave him no pause that Republicans were in charge of the elections in a number of states where the electoral territory was hotly contested, but he must have taken some comfort in the knowledge that the final call would be made by Republican judges.

The Trump legal team filed at least the 62 lawsuits reported by USA Today. Most were filed in state court because state law governs elections, but a few were in federal court because the claim was that something about the election was unconstitutional. Out of the 62 cases, the Trump team lost 61, only succeeding in taking away the three days Pennsylvania voters had to cure technical defects in their ballots — but they were prepared for an immediate appeal, because elections proceed on a tight timeline. The fast track to the Supreme Court was blazed by the 2000 elections, ending in Bush v. Gore.

The path of Bush v. Gore led through the Florida Supreme Court. Trump’s lawyers either lost or were denied hearings in the supreme courts of Arizona, Michigan, and Nevada. The U.S. Supreme Court, where Mr. Trump had given probable election contests as a reason why he needed the Senate to confirm Amy Coney Barrett, declined to hear any Trump appeals. Justice Barrett did not dissent.

In the process the mob was attempting to stop, Mr. Trump had lost at the polls and lost again in the courts. The third front — for which he had been preparing publicly all of 2020 — was street fighting. The insurgent troops did well at first. They surged past the weapons detectors — mechanical and human — and some weapons did get into the building.

The Secret Service hustled Vice President Mike Pence away to the famous “undisclosed location” about which we always hear and told other members of Congress and their staffs to “shelter in place.” The mob entered offices — unoccupied and occupied — and what followed was described by the capitol police as “ransacking.”

Some television cameras were caught inside the building, but the photos that came out were as disorganized as the mob action itself. Camera handlers tended to focus on acts of destruction and on purposeful conduct. There was more of the former than the latter. There was a fellow who wanted to replace the Stars and Stripes with a flag that said “Trump.” There was breaking of glass to get past some locked doors.

At some time while the action was still happening, Mr. Trump’s Twitter account was suspended for “repeated and serious violations” of this:

You may not use Twitter’s services for the purpose of manipulating or interfering in elections or other civic processes. This includes posting or sharing content that may suppress participation or mislead people about when, where, or how to participate in a civic process. In addition, we may label and reduce the visibility of Tweets containing false or misleading information about civic processes in order to provide additional context.

Later, Facebook announced that they are suspending Mr. Trump until after Mr. Biden is inaugurated. Since Mr. Trump is unlikely to attend the ceremony, he will be able to tell when his nuclear codes no longer work but his Facebook page does without firing off a bomb. Playing with a nuclear weapon is perhaps the only misconduct that cannot yet be offered to invoke the 25th Amendment.

If the mob had not been leaderless already, they would have been after the tweet machine went silent. When I saw that parade of violent thugs running inside the Capitol, I regretted it, but then I saw them passing near some familiar artworks.

Before commenters come for my head, let me mention that, at the time, I did not know anyone had been shot. So I hope I will be excused for worrying that the contents of Statuary Hall might become the latest public treasure to fall victim to The Donald.

Remembering when I worked for Indian Country Media, I dug up something I had written to my boss:

As I was researching . . . (my then-current project), I thought what about a list of the statues in DC in honor of Natives? There are seven and we’ve never done just a straight list of them. Maybe a short 200 words of history on each and what year the statue was installed with the name of the person who carved it and their tribe. We could also note how many there are total versus the only seven for Natives. Your call on that.

Since it’s such a short list, I will unload it here. Each state was allowed two, and when the collection outgrew Statuary Hall, the surplus was displayed in other areas of the Capitol on rotation. The statue of my boyhood hero, Will Rogers, seems to have a permanent home where a person about to make a floor speech will pass it. It confers good luck and Will Rogers’ eloquence, tradition holds, to rub Rogers’ left foot on the way in. The left foot of the statue shows the result of decades of the tradition: a big shiny spot.

There you have it. An angry mob marauding the halls of the Capitol and I was thinking about property. The next day, I learned that five human beings had perished in what Mr. Trump would compare to the storming of the Bastille if he cared enough about history to understand the reference. I do care about history and so I should not for a minute value property over human life.