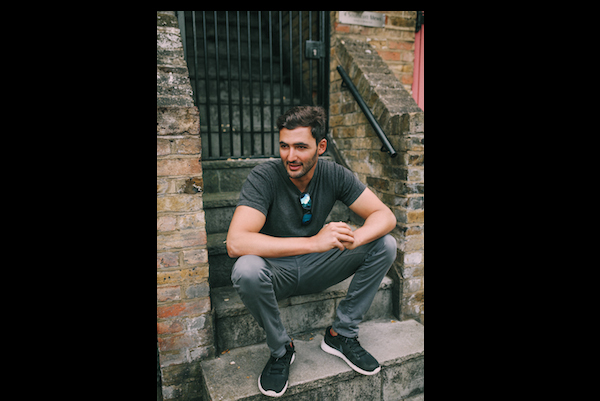 Jason Silva, speaking as though he is hosting a séance, channeling the likes of Sartre, Whitman, Kant. Spitting poetic diction through a lens of existential angst over the absurdity that is mortal beauty, the impermanence of all we hold dear. His phone, the Medium’s parlor. We, his guests. This summarizes the Jason Silva experience.

His video series aptly named Shots of Awe is a collage of inspiration-induced euphoria, taking viewers deeper into common existential concepts than their everyday language would otherwise permit. His concepts have evolved over the years, but the longing to unveil the existential condition of humankind remains the driving force behind his impressive exuberance. Having admitted a deep-seated fear of death, that fear has paradoxically created a passion for life that seems to spill out of him even in moments of mundanity. A true artist’s artist. And an artist of the people. While he is commonly referred to as a modern philosopher and storyteller, there may not yet be an appropriate term to describe what he does. “Spoken-word therapist” comes to mind, for he soothes his viewers’ existential angst— or at the very least, validates it.

While he is well known for hosting National Geographic’s Brain Games, the bulk of his fan base know him from his social media musings where he can often be found sharing cinematic epiphanies on topics that range from the value of presence to hallucinogenic therapies and transhumanism, and while his philosophy degree lends him a vocabulary that is somewhat unrelatable, his passion to put words to the ontological dilemmas that plague humanity creates an incredible connection between himself and his following. And connection seems to be the perpetual end-goal of Silva’s philosophical musings— namely connection with self via authentic expression of his own inner dialogue, which in turn opens a safe space for his viewership to tap into their own existential vulnerabilities. What sets Silva’s content apart from that of other influencers is his unique ability to craft language, something that is not only one of his natural skills but also a conceptual passion of his.

My creative work, which is pretty much my life, is concerned with ‘ineffability’; those experiences of such aesthetic impact, such existential agitation, that we can hardly find the words to describe them. We lose ourselves in these moments. They silence the chatter in our heads and hurl us into the holy. In positive psychology, researchers call these moments of flow and awe, states of rapture and surrender. From these moments sprout music, poetry, mythopoetic rhapsody— people think words don’t do justice to these moments, but I disagree— all of human creative expression mirrors these states of being. So that’s what compels me to put lightning in a bottle. To find the words. To bring the infinite down to size.

Complex language is what sets humans apart in the animal kingdom, the proverbial “red flower” that can decode sensory intake and imbue it with meaning. When Silva seems exasperated it is only because he is trying to find the right words to decode what he is experiencing. When he finds those words they are nothing short of incantations, the weaving of semantic sorcery that leaves his audience entranced, something we call awe— being filled with a wonder that surpasses what language can encapsulate and for Silva it is not enough to merely experience those moments sensorially, he must decode them. So he searches for the words and his impressive ability to find them, mostly unscripted and in real-time no less, transfixes his audience.

Empirical language is limited because it lives in the ‘literal grid’, but poetic language is more elastic, more flexible. I can weave worlds into being with poetic language. That’s why I call my work ‘art’ before anything else. I’m not a journalist. I wrap myself in the blanket of poetic license.

To Silva, poetic language is an almost religious expression— his chosen refuge from the despair of mortality. To take it from the horse’s mouth, it is the root of human spirituality, a literal expression of the human spirit and one of the most fundamental means of alchemizing the sacred or holy. And as phenomenological experience is the master that Silva bows to, he takes neutral theistic ground. For him, a noumenal approach to divinity would be akin to blasphemy— a counterintuitive self-betrayal, if you will.

Spirituality is an emergent quality of aliveness, a particular form of subjectivity characterized by heightened, qualitative intensity. Deeper presence. A sense of entering an archetypal and mythopoetic realm. One ‘enters’ into spirituality — and while it certainly FEELS like a glimpse of eternity and freedom from mortality, I haven’t been fully convinced that we can know for sure that it is anything beyond neuro-modulated ecstasy. At the same time, these realms are restorative and infuse our lives with deeper felt meaning— so that alone gives them existential weight.

Silva’s spiritual beliefs seem to rest somewhere between agnosticism and a yet-undefined existential consciousness theory. In watching his videos, there is always a bit of reluctance to translate moments of euphoria as anything other than a neuro-sensory experience. And this is perhaps the greatest point of resonance for viewers. His reverence for the unknowable— a refreshing humility in not needing to make those moments concrete by some defined godhood. A pureness in bowing to the experience even if it ends with an ellipsis rather than a safe and familiar period… because most things in life are implied rather than explicit and Silva refuses to pretend otherwise. His worship is awe-filled presence, his hymnal made up of all the resulting poetic musings, musings that are his existential war-cries— his refusal to “go gently into that good night” — prayers on the lips of a mortal who seeks immortality through robust reflection rather than religious resignation, for he knows that obsessing over the source of human consciousness while forgetting to simply revel in the miracle of it is the most primal of sins.

In an era that increasingly recognizes the benefits of going inward and being present (the self-help industry is worth a whopping 10 billion dollars), Silva’s exuberance may appear contradictory to the Zen-like composure many seek to attain. But in the context of decoding awe as a means to better understanding Self, he may be the freshest expression of the new-age movement, bottling the ineffable and serving it like holy water to those who thirst. He is afoot with wonder. A walking Walt Whitman poem. Ginsberg’s Howl. Restless for the same cause— a cause that lit a fire beneath Socrates’ feet and the same cause that induces vows of silence amongst monks. He is a seeker and his distinct form of expression lands for many in ways that the Deepak Chopras of the world cannot.

Tiffany Malnar holds a BA in English Literature and Writing from Marylhurst University.

Tiffany finds inspiration in those moments that define the human experience.