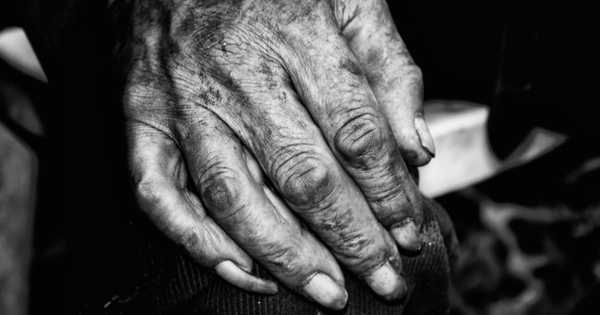 It was a time when people talked to each other instead of texting. There were more people than guns, and AIDS and Alzheimers were unheard of.  Most moms didn’t have to work. Fewer kids went to bed hungry. And, only a small number of people were homeless. But, Jimmy and a few others slept in the park.

Most of my friends steered clear of Jimmy as if he carried a dread disease. His clothes were filthy, and his hair fell to his shoulders in an oily mass.  A Z-shaped streak scarred his temple. Two of his front teeth were missing, and the others were stippled with brown spots. If he got close, a funky smell followed him like a loyal dog. Nobody should ever smell that bad.

Along with this bundle of nasties, Jimmy spit a lot; “hockers,” he called them. He put his thumb to one nostril, honked like a goose, and let fly with a clot of mucous. He wiped away any excess with his shirtsleeve. To complete the picture, he talked to himself, at times gesturing wildly and looking over his shoulder as if someone were chasing him. In sum, Jimmy did not exhibit the kind of demeanor one looks for in a potential son-in-law.

Jimmy’s workplace was on the corner of Fifth and Hamlin Avenues, on the western edge of Garfield Park in Chicago. His hours were dawn to dusk, and I’d see him in the afternoon when I walked back and forth to school. In one hand, he carried a plastic cup, and in the other, a cardboard sign that read:  “Please help me. I fought in the war. I have no home.”  When one of our less sensitive citizens yelled, ”Hey Dirtbag! Whose side were you on?” Jimmy made an obscene gesture and spit at him.

At night, Jimmy retreated to his quarters underneath a viaduct. Before turning in, he stopped at the corner liquor store to buy what he needed the most. When the weather turned cold, he donned a ratty army jacket and crawled into his cardboard foxhole, a man-sized box that had previously housed a  Maytag refrigerator. In the morning, he did his best to clean up in the restroom at a fast-food place. If he had any leftover coins, he bought some coffee.

Whenever I saw Jimmy, I smiled and said Hi, and if I had a few extra cents in my pocket, I put them in his cup. When I gave him a pair of gloves and an old scarf wrapped around a bar of soap, he said, “Thanks kid, you’re all right.”

After a while, Jimmy and I began to talk. I’d be walking home from school, and he’d be sitting at the curbside, taking a rest break from his daily routine. “Tell me about the war,” I asked him one afternoon. “Were you in the army or what?”

“I was in Germany jumpin’ out of airplanes with the 101st airborne,” he said. “Spent more than three years killin’ Krauts. Got me a purple heart, too. See this scar? I took some shrapnel in the head. Went right through my helmet, and I been a little off ever since, if ya know what I mean.”

“Did all of your buddies make it home?” I asked.

“None of ‘em,” he said, after taking a particularly deep swig from a bottle wrapped in a brown, paper bag. “I seen one of ‘em croak right in my arms, with his brains and eyeballs spillin’ all over my sleeves. And I seen another one tryin’ to stuff his guts back into his stomach after he took one right there. I still dream about it, too, with the night sweats and the shakes, and the screamin’ I can’t get outta my head. Grown men callin’ out for their moms and God is what I’m talkin’ about. It’s all clear as day, almost like they was still right here in front of me. Sweet Jesus; I mean right here in front of me.”

Next day, I invited Jimmy to walk over to the schoolyard and watch one of our ball games. “Maybe you could ump,” I said.

“I played some ball back in high school,” JImmy said. “I was fast and had good hands, so I played out in left field. Never dropped a ball neither; I mean, if I could reach it, I caught it.”

“So you’ll come then? We start on Sunday at about ten.”

“I’d like to,” Jimmy said, “but last time I was there, at the schoolyard, I mean, one of them neighbor ladies called the cops, ‘cause she thought I was a pervert or somethin’ lookin’ to mess with the little girls and boys at school. If you’re by yourself and dirty, that’s what people think, I guess. I really don’t need that shit. Besides, I don’t get no paid vacation days, and I need to work my corner.”

“Did you ever think about trying to get a real job? I asked.

“I had one for a few days last summer,” Jimmy said. “It wasn’t much, just pickin’ up trash in the park, but I’d get the visions when I couldn’t have a drink, and they canned me. I couldn’t blame em; I mean who wants to work next to a guy who talks to himself and can’t stay sober?”

Our family went to Michigan for the summer, and when we got home, I looked for Jimmy on his corner. I couldn’t find him, so I checked under the viaduct, but he wasn’t there either. When I saw another guy crawl out of the cardboard box, I got a real bad feeling.

“He drank some antifreeze last week. It made his brain swell up, and he croaked during the night,” the guy said. “My bet is that they took him to the county morgue. It’s where the cops take stiffs that have no kinfolk. If nobody claims ‘em after a while, they just dump ‘em in a grave somewhere. That’s what I heard, anyways.”

We had a game the next morning. I dropped a couple of fly balls and went zero for four at the plate. A terrible day, but better than Jimmy’s.

“Post Traumatic Stress Disorder” didn’t even have a name in those days.

Alan Balter was born in Chicago and attended the Chicago Public Schools. He matriculated at the University of Illinois in Urbana in 1956 and earned a Bachelor’s Degree in Psychology (1960) and a Master’s Degree in Special Education (1962). He taught adolescents with developmental delays at Niles Township High School West for two years before returning to the University of Illinois and completing a Ph.D. in Special Education in 1968. While completing his degree, he taught undergraduate courses at the university.

He worked as the Director of Secondary Special Education Services in Skokie, Illinois (Niles Township High Schools) before joining the faculty in the Special Education Department at Chicago State University. There, over a tenure of 32 years, he prepared teachers for children and adolescents with developmental delays, learning disabilities, and emotional disorders.

Dr. Balter has published two nonfiction books: Divided Apple: A Story about Teaching in Chicago and Learning Disabilities: A Book for Parents, both with Kendall-Hunt publishers. He has also published two novels: Holden and Me (Rockway Press) for which he received their international fiction award in 2006 and Different Ways of Being (Linkville Press, 2013). His poetry has appeared in the “New York Literary Magazine,” “The Chicago Writers Association Magazine,” “Better than Starbucks,” “The Westward Quarterly,” and “Alabaster Leaves.” His essay, “Cruel and Unusual Endings,” about physician assisted suicide, appeared in the Op-Ed section of the “Chicago Tribune” in 2000.

Dr. Balter and his wife Barbara, also a retired teacher, live in Northbrook, Illinois. They enjoy extensive travel and 14 grandchildren.