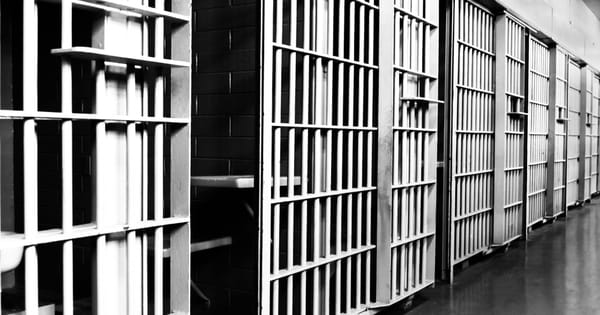 What causes wrongful convictions? As I posted recently, it comes down to about five reasons (although as the National Registry of Exonerations points out, many cases have multiple causes):

Highest in adult sexual assault cases (31%) and homicide (23%), false or misleading forensic evidence can be just as vexing an issue as false confessions, due primarily to the CSI Effect. Documented as far back as 2004, the phenomenon can cause issues for prosecutors and defense attorneys alike, by giving juries unrealistic expectations as to the capabilities of crime labs.

What are we talking about when we say the evidence is false or misleading? It could be a number of things. There have been cases where evidence was planted by investigators. Those are presumably rare, and I’m not certain how NRE considers planted evidence. Does it fall under this category or Official Misconduct? Examples such as the 1993 New York State Police Troop C scandal are particularly egregious.

This category could cover a number of issues, but here are four major areas of concern.

Radley Balko has written extensively on the junk science behind bite mark evidence. The idea is that forensic dental specialists can match bite marks on a person or body with a copy of the accused person’s teeth and do so with some high degree of success, because in theory, human dentition is unique, and human skin can register and record that uniqueness in a useful way.

The reality of the matter is that human skin is a horrible medium for preserving indentations and marks like bites. It stretches during the bite, and may or may not go back to its original shape. But more importantly, it hasn’t been proven that human teeth are as specifically identifiable and unique as fingerprints or DNA.

It’s one thing for a forensic odontologist to take a specific jaw or skull and compare it to a specific set of medical records in an effort to identify the skull or jaw. You’re comparing one objective thing to another. The medical record shows fillings in these three positions; the suspect jaw shows three fillings in the same position. X-rays of the fillings appear to match. The tooth counts match. That’s a fairly straight-forward process and pretty objective.

Bite-mark matching is a bigger issue though. Before the mark can be compared to a suspect’s teeth, it must first be identified as a bite mark, and one made by a human. While that sounds easily done, a survey by the American Board of Forensic Odontology – the group that certifies bite-mark examiners – found a distinct lack of agreement on whether individual bites were of human origin. The group surveyed 39 examiners, giving them the same 100 bite mark photos and asked three basic questions:

People are being sent to death row on the basis of bite mark evidence, and 39 certified examiners can’t come to an agreement on known examples. That should indicate some sort of problem, but the ABFO seems more interested in processes than results. The situation will not change until the ABFO makes it a priority. Until then, the best anyone can do is to keep trying.

This is the yang to the yin of bite-mark analysis. Both forensic tools revolve around subjective, pattern-based forensic techniques. We’re not talking DNA samples from hair here, but rather comparing two separate hairs, and saying they came from the same person. The FBI estimates as of a year ago that FBI hair examiners have given flawed testimony in over 95 percent of the cases examined. 32 of those cases were death-penalty cases, and in 14 of those cases, the defendant has either been executed or has died in prison.

The Justice Department announced in February 2016 that it would expand its review of pattern-based forensic techniques, which include bite-mark and hair analysis as well as firing-pin impressions, shoe treads, and fiber evidence. I suspect we’ll be hearing about more exonerations as that review continues.

For years, many arson investigators have learned “on-the-job” from previous investigators, and they’ve passed on time-honored knowledge about the telltale signs of an arson fire. These typically included nuggets of wisdom such as, “Crazed glass in windows shows it was a very hot fire, and that means it was arson.” But that’s since been determined to be false. It’s not rapid heating that causes glass to craze, it’s rapid cooling, such as might occur when a hot glass gets hit with cold water from a fire hose.

The investigator who determined that Cameron Willingham had set the fire that killed his three girls testified that he had investigated over a thousand fires in his career, and every single one of them was an arson fire. All of his knowledge came from hand-me-down ideas like this before science really understood how fire worked, and what a flashover was, and what kind of damage it causes. But all of his knowledge was based on false assumptions, so what does that mean for Cameron Willingham?

The NRE lists 26 exonerations that involved arson and false/misleading forensic evidence. That’s about 1.5% of the exonerations. There are probably more to come.

We like to assume that the people conducting investigations and lab tests and autopsies are trained and qualified to do what they’re doing. That’s something of a societal linchpin, isn’t it? That the people who protect us are knowledgeable about their duties and responsibilities?

But what if they’re not? What happens when you’ve got a forensic pathologist performing five times the number of autopsies the National Association of Medical Examiners allows and isn’t even board certified in pathology?

What happens when half of your lab staff can’t pass proficiency testing?

Some jurisdictions take drastic measures to fix the problem, as Houston did in 2002.

It’s a national problem though, with cases popping up in New York, Philadelphia, St. Paul, and West Virginia. One judge remarked that the work of the serologist involved was so poor that everything he had done should be considered “invalid, unreliable and inadmissible.”

The FBI’s move to expand its review would be an excellent idea if there is official support for the follow-through. We can’t just look at a few cases, determine there’s a problem, then go on with life. The government must, at all levels, be willing to respond reasonably to the issues being raised, actively seek out errors, then promptly remedy those errors and make the victims of those errors whole again. That doesn’t stop with letting them out of prison and wishing them well.

People wrongfully convicted deserve to be compensated for what they’ve lost in life. – but that’s another post.

END_OF_DOCUMENT_TOKEN_TO_BE_REPLACED

Facebook320TweetPinEmailShares320
wpDiscuz
Share this ArticleLike this article? Email it to a friend!
Email sent!