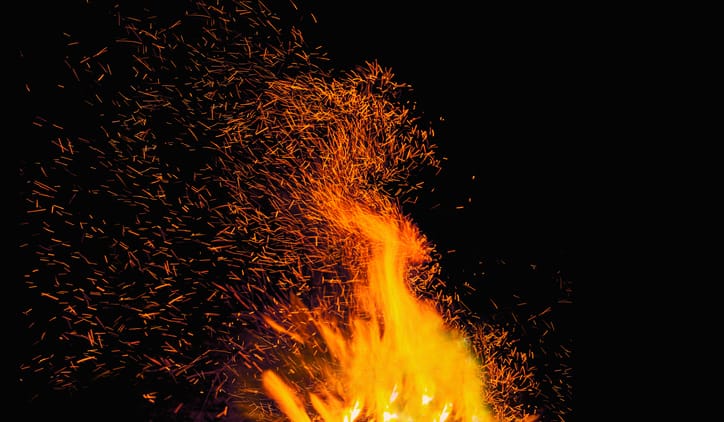 —
I was born Cherokee and I knew it, but I had to discover I am Indian, descendant of those who survived waves of death that depopulated the western hemisphere.

Many if not most of the casualties perished without ever seeing a European. Hernando de Soto started out in Florida,1539, with 620 men. While only about half of the Spaniards survived the futile search for gold because of continuing military clashes, the diseases they brought killed natives in the tens of thousands, wiped out whole villages, and crippled several cultures. It is sometimes written that de Soto’s men were the first Europeans to encounter the Mississippian cultures that left extensive ruins in what became the southeastern U.S….and also the last.

De Soto criss-crossed lands that would still be populated by indigenous peoples — mostly different tribes than those who greeted de Soto — when Andrew Jackson was elected president of the United States after a major campaign promise to remove them. Most of the people thought to be in the way of civilization in the early 19th century were the so-called Five “Civilized” Tribes: Cherokee, Choctaw, Chickasaw, Creek, and Seminole.

By application of a little military force and a lot of fraud, Jackson moved four and a half of the Five Tribes to Indian Territory west of the Mississippi River. Some of the Seminoles agreed to join their linguistic relatives, the Creeks, but others disappeared into the swamps of Florida, where their resistance was rewarded with a Florida reservation. The Seminoles are famed for their resistance because they never made peace, but other tribal bands managed to stay home — which was OK with the U.S. as long as they gave up tribal relations. Some held out long enough or politicked well enough to get reservations in their homelands: The Eastern Band of Cherokees, the Mississippi Band of Choctaws, and the Poarch Band of Creeks.

My relatives removed to Indian Territory, and I grew up with tales of how the Five Tribes tried to maintain their reservations in spite of the people classified as “intruders,” white people who entered Indian Territory because they could, there being no Trumpian walls. Intruders who committed felonies in Indian Territory could be rounded up by tribal police, but they had to be deposited in Ft. Smith, Arkansas, to be tried in federal court.

It was the distance and the bureaucracy that made law enforcement difficult more than lenient courts. For 21 years, the U.S. District Judge in Ft. Smith was Issac Parker, colloquially known as “the hanging judge.” It’s not clear he deserved that, given his jurisdiction over white people arrested in Indian Territory, selected by tribal authorities to be bad enough to be worth the hassle of delivering them to Ft. Smith.

Parker handed down 160 death sentences and 79 were actually hanged. While he was reputed to be personally opposed to the death penalty, he did not do his reputation any good when he sentenced six men to be hanged on September 3, 1875. Four of them met their appointment with the noose; one got the death penalty commuted because of youth and one was shot dead attempting to escape.

My maternal grandparents were “intruders,” but neither fit the profile of troublemakers. My grandfather had mustered out of the army and needed work; my grandmother was brought to Indian Territory by her father and abandoned at the Sac and Fox Agency as a teenager. They explain the most recent of three generations of exogamy by Cherokee men that produced me. In the two prior generations, I only know a bit about the Cherokee men. Of the white women they married, I only have their names.

The existence of my Cherokee citizenship represents a cultural dilution from after the Cherokee Nation became a constitutional republic. Before then, I would get my clan identity and therefore my citizenship from my Cherokee mother or not at all.

I first learned I was an “Oklahoma Indian” when I was introduced as such by a Paiute speaking to another Paiute. He did not mean it as a pejorative but just a fact of my background. I learned later that it is sometimes meant as a pejorative, and as best I can tell that is a legacy of the colonists’ intent for Indian Territory to be an intertribal melting pot, a more or less benign Final Solution to the Indian problem.

When the U.S. was pursuing the One Big Reservation idea, it was still against the law for Indians and white people to marry in many states. Tribal laws did not usually reciprocate total bans, but they did sometimes treat marry-ins differently, as in the Cherokee law limiting white men to one wife, a rule that did not apply to Cherokee men.

This law was not about Cherokee racism but rather it addressed a serious problem of white men marrying in to take themselves out of the “intruder” category and then marrying a white woman. The Cherokee wife would then become the cleaning lady while the white wife took on the social role and the white children were preferred to the Indian children.

Some tribal laws — to our eternal shame — did ape the colonial ban on intermarriage with black people, a ban that was often disregarded. Each tribal government, like each state, had rules about who could marry whom.

The norm was serial monogamy and blended families raising children — but not because of divorce like it is now. Spouses died in circumstances that would not cause death in our times.

Both of my non-Indian grandparents had vivid memories of Indian Territory they shared with me. The white folks who came to Indian Territory not on government business either did not mind mixing with Indians or were willing to tamp down racism because they were out for the main chance and believed the opportunity to swindle Indians outweighed any distaste for socializing with them.

The results were a lot of “only in Oklahoma.”

In the Osage Nation, there was a plague of white marry-ins murdering Osage women for their head rights, a per capita share of oil revenues.

The Tonkawas, promised a reservation in Texas for scouting services against the Comanches, were instead forced to Oklahoma Territory at gunpoint and settled too close to the Comanche Reservation. A raid in 1862 killed half the tribe and the survivors were relocated.

Comanches and Kiowas fought the settlers to a standstill on the Southern Plains while the Great Sioux Nation made common cause with the Cheyennes and Arapahos to accomplish the same on the Northern Plains. After the Civil War, the settlers quit fighting each other and concentrated on the Indian wars.

The warriors who had been lords of the plains were settled in Oklahoma Territory and ordered to become farmers overnight. The resulting failures shrank first their bellies and then their souls.

My raising among the Creeks did not give me any feel for the Muscogee language — I actually heard Cherokee more often — but I did acquire some historical heroes like Opothle Yahola (Laughing Fox) and Chitto Harjo (Crazy Snake) to stand beside the leader of the Cherokee resistance, Redbird Smith. I took the Red Stick Creeks to be a Creek analog to the Nighthawk Keetoowah Society, the most militant resistance.

Resistance was reputed to be futile, but it was not. Our governments were wiped out by federal law, but that was temporary. Our ceremonial lives were never interrupted in spite of the best efforts of the settlers.

The Cherokee purification ceremony translates “going to water.” That’s all a non-Cherokee needs to know, and the only reason a non-Cherokee needs to know that is because sometimes when there is a public hearing over polluting a river, you may hear unusually passionate pleas from uneducated Cherokees who appear out of place in a discussion of parts per million of substances for which there is no word in Cherokee.

An exhortation, Keep a fire!, sometimes ends speeches and writings or just personal correspondence, a reference to the Cherokee Sacred Fire, a symbol of our survival as a people, burning from time immemorial.

In 1838 the Fire lit the last council before the Removal in Red Clay, Tennessee. It was brought on the Trail Where They Cried to Indian Territory, a journey that is part of the blood memory of modern Cherokees. The Fire was not extinguished by the tears and the embers survived to light ceremonial fires in Indian Territory as it became Oklahoma in 1907.

The Sacred Fire was returned to the homelands in 1951, and embers from it were used to light the Council Fire when the elected leadership of the Cherokee Nation of Oklahoma and the Eastern Band of Cherokees held a joint council on April 3, 1984 back in Red Clay, Tennessee.

The Cherokee Sacred Fire that had turned seven woods to ashes from time immemorial in the Smokey Mountains did the same in Oklahoma as a Cherokee man named Haney Walter Teehee crossed from the Cherokee Nation to the Muscogee Creek Nation to seek work in the oil fields.

The Fire burned on impassively as Haney Teehee searched on a cold and wet day and returned without a job but with a bad cold that did not go away. Haney, my grandfather, would die when my father was two and become my last ancestor for whom Cherokee was a first language.

To lay a ceremonial fire, the first logs are aligned to the cardinal directions. The fuel is built up from there and is, if at all possible, fed by seven particular woods and lit by coals from the Sacred Fire. In modern times, through triumphs and tragedies, the Cherokee people have kept a fire.

Cherokees and other Indians have bought a lot of nonsense from the settlers about the inferiority of all Indian cultures. At first, Indians paid for their shortcomings with land. They continue to pay when they accept the false but relentless claim that they are vestiges of a time long gone. The epic scam that built the U.S.A. continues, the scam that claims a nation was made wealthy by stolen African-American labor bringing crops from stolen Indian land but nobody who lives today profited from theft.

This post was previously published on www.medium.com and is republished here with permission from the author.
—
Photo credit: Shutterstock