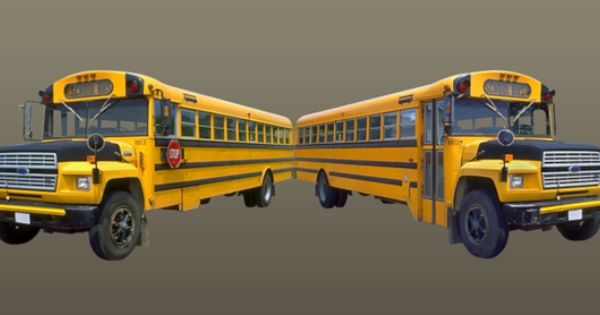 —
My son spent a school-wide field day during the last week of school in In-School Suspension this past week. 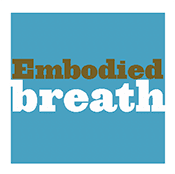 He and a friend of his were seen fighting – one threw a punch and the other threw a jab – and then they were both assigned ISS. They are ten years old and have a long-standing history of a hot/cold relationship, which has now lead to repeated behavioral incidences. They spent the day in ISS, together, had no conversations with trained counseling staff regarding the ongoing difficulties in their relationship, and when I picked up my son that day, he was ornery and defiant.

It would appear as though the consequence didn’t quite work to correct his attitude about the incident. Talking that evening after school, he was also highly defensive and had taken on a new level of self-deprecation. He cared about school less. He was showing signs of shutting down, didn’t feel cared for, and kept repeating, “I always mess up. I’m such an idiot.”

I used to be a school principal of a middle and high school, and I worked primarily with adolescent boys. I have specialized training in special education, social/emotional disorders, character building, trauma-informed care, and more. While this article applies to boys, it certainly also applies to anyone and students of all ages.

Often, when a student was sent to me as a principal for having done something outside the code of conduct, there were standard disciplinary procedures, and while it was my job to follow them, I wasn’t necessarily popular for how I also wanted to treat these incidents holistically. I wanted to look at the roots of the behavior, involve the school counselor, create consequences that also incorporated a restorative component. The goal was not punishment. The goal was to help a child grow, feel an increased connection, and increased repair.

Often, in school handbooks, there is an outline of standard consequences for misbehavior. In my son’s case, hitting someone in the shoulder with his fist warranted an in-school suspension. I have no problem with that. I think that when parents argue with school consequences, and I know as a former principal that they often do, what is really being requested is a holistic intervention. I don’t often think the language is there for what to request. This article, I hope, will help with that.

There are natural and logical consequences. A natural consequence is something that life naturally serves you up after you mess up. For example, you use a degrading tone with a friend and that friend might not want to be around you. A logical consequence is one that is imposed by a set of rules, hopefully, that is understood by everyone involved. Logical consequences are not meant to be degrading. An example of this is if you hit someone at school, you will serve the suspension. A punishment, then, is something that doesn’t make a lot of sense logically, hurts the child emotionally or otherwise, and often alters the child’s self-perception, often for the worse. Punishments are punitive, and we want to avoid that while raising children.

One must be careful that an imposed logical consequence does not become punitive.

There seems to be some sort of wide-spread misunderstanding that discipline be void of love and care, when in fact, the more connected and more cared-for a child feels, the less shame they will feel, and the more effective a consequence will be.

Shame says, “I am a mess up.” Guilt for misbehavior says, “I messed up.” It’s okay to feel guilty, but shame is never ideal. After a mistake, ideally, the child still knows that they, at the core, are okay. We consequence children so that they learn something, and this is absolutely required for growing healthy humans. Punitive, logical, and natural consequences will all have different lessons, however, and the amount of love infused into each is incredibly important. I would argue that it is the primary determinant that shapes the effectiveness of any consequence. Simply providing a consequence does not integrate the deepest potential of learning into a growing child. Children are looking to the adults in their lives to know that they are okay. Coaching a child through a mistake with love is imperative.

Often, the students I worked with in private non-profits, kicked out of public school for discipline, or the ones in middle school even in a progressive culture that was finding themselves repeatedly misbehaving, did not know that they were foundationally okay. Their identities had been rocked by the repeated incidences. They could not see themselves as anything but that kid with the problems, and then what happened repeatedly was more self-defeating behavior.

They saw their identity wrapped up in their mistakes.

So back to my son’s incident – I called a meeting and advocated that the points below be understood and incorporated into future disciplinary actions, for my son and all students. And the point of this article is to help you to know how to advocate for holistic interventions on behalf of your children – because they will mess up, but they need to know that they are not messed up.

Incidents involving a relationship need relational repair. Why were the children upset? What needs did they have? How could they have asked for those needs to be met differently? Have them model that conversation. Encourage them space and opportunity to apologize. It should not be assumed that children know how to do any of the above, so these skills must be modeled and taught. It is my opinion that before the incident is dismissed, relationship repair must be done with everyone involved. The incident is bound to fester and continue otherwise, as is the case for the recurring tension between my son and his friend.

Understand how the brain works:

In a situation that is perceived as unsafe or a threat, the rational brain goes offline. This is where a child that ordinarily would not hit or yell does so. You and I both can think of times that we went into fight or flight rather than pausing to rationalize. Children need to be taught these skills. Mindfulness is one way of doing this, and this must be taught at times other than in the heated moment in order to train the brain. Impulse control is a skill that evolves into the third decade of life, and the brain is still forming the ability to mindfully pause impulsivity until then.

Continued direct instruction of these methods, as well as how the brain works, is incredibly empowering to children. I can not tell you how many teenagers (and adults!) are so relieved when they learn about the mechanisms of the brain, fight or flight, and impulse control. It greatly reduces the amount of shame associated with behaviors that feel out of one’s control to understand how their brain played a part in their irrational decisions.

Care and Repair of Child’s Sense of Self:

While this is social/emotional care, it is worth a specific mention. I believe it is the responsibility of caring adults in the child’s life to leave an imprint that avoids shame and instead builds the child up. Guilt for punching someone is okay, and we want to see and hear a process of personal remorse and accountability for such a behavior. Where that remorse crosses into shame is cause for concern, when you begin to hear messages such as, “I am not okay. I always mess up. The adults in my life do not think I am okay. I’m an idiot.” These are indicators that greater interventions are needed to repair the child’s sense of self.

I hope this helps. You can ask your child’s school how they address all of the above. It would help all children if you advocated in this way for holistic disciplinary procedures. It is not enough to teach character and assume all children know and incorporate the skills taught. When a child exhibits concerning behavior, beyond any standard consequence, the entire incident should be seen as an opportunity to further teach, grow, and uplift the child who is in the process of identity-formation – all of them.

Please comment below with your takeaways from this article!

I am also available to consult with your family or your child’s school in the event that you are watching your child’s identity suffer as a result of behavioral choices, school environments, diagnoses, etc. I love working with young adults to bolster their sense of self and identity. You can contact me via my website.

Sarah Poet is the creator and founder of Embodied Breath, a movement to consciously navigate and heal the space between the masculine & feminine. Using trauma-informed and mindfulness-based approaches, Sarah coaches couples and individuals toward true internal healing, embodiment, and authentic connection.