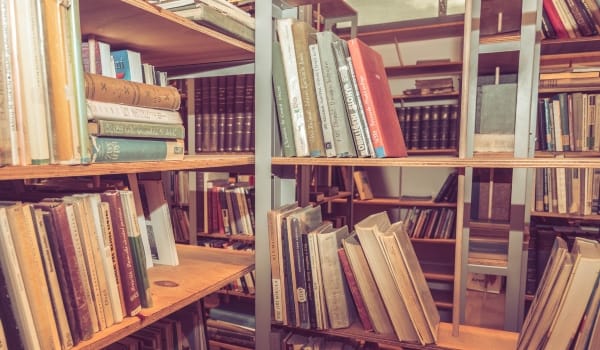 On October 23, 1992, with her daughter tucked in and her husband next to her, Laurie Colwin went to sleep. She did not wake up. She was 48 years old. I can’t think of another writer who, 29 years after her death, gets a glowing profile in the Times — The Sneaky Subversiveness of Laurie Colwin — because her books, never out of print, are getting new editions. Colwin’s characters, you see, had a much warmer view of marriage:

They typically wind up in traditional nuclear families (by current standards) and take their privilege for granted… In the conventionality of the matches her fiction most shows its age, although there’s something rather mistily nostalgic about the Manhattan of limitless marital possibility that she recalls, if it ever really existed. (So many handsome, solvent, straight, single men! So many spacious, affordable apartments with fireplaces!) Still, it’s hard to picture her deviating from her conviction that real families are not families of origin, but the ones lovers forge with each other, and with like-minded, accepting friends.

Love. It wasn’t just her subject, it was also her way of being in the world. The memorial service was proof. Some people there knew her from the 1968 campus uprisings at Columbia, when she cooked for the student protesters who had taken over university buildings. Some knew her from the soup kitchen where she cooked for the poor and elderly. Most were writers, with writers’ stories, like Scott Spencer, who talked about the early days, when Colwin pretended to be an agent and shopped his first manuscript around town: “She saw me in ways I had never seen myself before and never since.”

She was prolific: five novels and three books of short stories, with two more books published after her death. Eighteen years after her death, her website launched.

It makes sense that Laurie Colwin, in death, should be more popular than a lot of living writers who mine the same terrain. She hit the sweet spot. She wrote about privileged people so well you could legitimately call her our Jane Austen, But also, well before Nora Ephron, she threw in recipes, and in some of her perceptions, she was cousin to Woody Allen. In a time when “literary fiction” was mostly pinched and gloomy, she was the half-full glass — she even called one of her novels “Happy All the Time.” And her writing had that key element, energy; there was a reason they played Sam and Dave before her memorial service.

The cooks and eaters among you will gravitate to “Home Cooking,” a collection of the columns she wrote for Gourmet magazine. (Here’s a spooky story. A few months before she died, she called Gourmet’s editor and said, “I have all my columns for next year, is it O.K. if I send them in now?” She did. And for almost a year after she died, a Laurie Colwin piece was in the issue.) “Home Cooking” is exactly that. It begins: “Unlike some people, who love to go out, I love to stay home.” She wrote a prose poem to the power of the dinner party: “It is a fact of life that people give dinner parties, and when they invite you, you have to turn around and invite them back. Often they retaliate by inviting you again, and you must then extend another invitation. Back and forth you go, like Ping-Pong balls, and what you end up with is called social life.” But she wasn’t really complaining. This is quintessential Colwin: “One of the delights of life is eating with friends; second to that is talking about eating. And, for an unsurpassed double whammy, there is talking about eating while you are eating with friends.” [To buy “Home Cooking” from Amazon, click here.]

On to the fiction.

Colwin’s cult is divided about The Best Book. Some insist it’s “Happy All the Time.” I understand why. Four lovers in their twenties, far from poor, highly educated, with the special tics of the intelligently self-obsessed. The writing is lush:

There are going to be thousands of dinners like this, thought Misty. This is my place at the dinner table. This is my intended husband’s best friend and that is the wife of my intended’s best friend whom I am going to spend the rest of my life getting to know. Across the table, Vincent looked seraphically happy. How wonderful everything tasted, Misty thought. Everything had a sheen on it. Was that what love did, or was it merely the wine? She decided that it was love. It was just as she suspected: love turned you into perfect mush.

One character is Jewish and mouthy, a stand-in for the author and a great humanizing factor — this is, in every other way, a story from the 1970s, when these self-involved lives were still possible. [To buy “Happy All the Time” from Amazon, click here.]

I prefer “Shine On, Bright & Dangerous Object.” It has a word-perfect beginning, with a solid narrative voice and a keen appreciation for the Important Facts:

My husband died sailing off the coast of Maine, leaving me a widow at the age of twenty-seven. This was the time when a lot of girls were losing their husbands to the air war or the ground war; I lost my husband to recklessness, to a freak storm and a flimsy boat. I had no bitter, apologetic telegram to inform me, no grieving soldier at my door with the unsent letter, watch, and kit, no child to console.

His name was Sam Bax, and no one ever stopped him from anything.

Colwin nails grief and the ways it wants you to be by yourself even as it pushes you to be with people. It is inevitable in these 180 pages that the person Elizabeth Bax will be pushed toward is Sam’s far more solid (and appropriate) brother. Colwin gets the push-pull just right. And, for a Jane Austenite, she writes decent sex. [To buy “Shine On, Bright & Dangerous Object” from Amazon, click here.]

If you like old-fashioned novels of manners, here they are, regrooved. A pity there won’t be more of them.

“There is nothing like roast chicken,” Colwin wrote. ‘It is helpful and agreeable, the perfect dish no matter what the circumstances. Elegant or homey, a dish for a dinner party or a family supper, it will not let you down.”

1 tablespoon melted butter or water or broth for basting.

Combine bread and mushrooms in a bowl and toss with broth. Season to taste. Stuff chicken and secure with poultry pin or toothpick. Place in roasting pan and sprinkle with salt, pepper and paprika. (If desired, surround it with carrots, potatoes, onions, garlic and a red pepper.)

Roast for about 2 hours, basting frequently with melted butter and pan juices. The chicken is done when the leg bone wiggles and the skin is the color of teak.