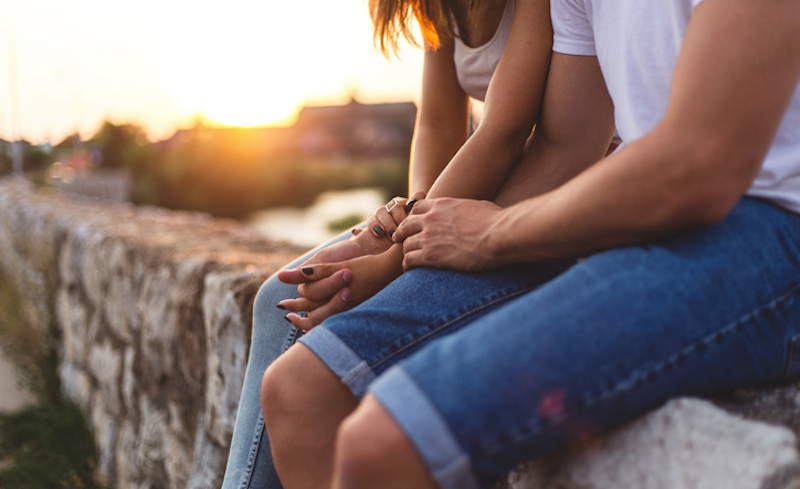 —
I was 14 when I first thought that I had fallen in love. The heroine’s name, for the purpose of anonymity, was Fiona. Which also, helps to explain how I saw myself. I’d like to say I was enlightened enough to love her for all of her qualities, of which she had many. But, it was far simpler. She was beautiful. I was in love.

In High school, we were together for just over one year. Then we learned her family would be moving to Colorado at the end of the school year. I didn’t wait. I broke things off. It was not her fault that she had to move, but I still blamed her. The adult me can now see, that I was trying to protect myself and maintain control. I never believed that she could love me as I loved her. I, certainty, wasn’t prepared for a future, “Dear, John letter” announcing that she had fallen for a rugged Colorado Cowboy.

It would be years before I understood that control is a myth. Back then we didn’t have the Ice Queen, Elsa, telling us to “Let it Go!” Kids today have it so easy. I acted immaturely and fear conquered love. Would we have survived a long-distance relationship at 14? No. Could I have handled things better? Absolutely. Instead, I ran, like a flock of seagulls!

Not only did I run, but I immediately started dating Anna. I’m keeping up fake-names to protect the innocent. I was trying to make Fiona jealous for leaving. She didn’t have a choice, but, I was too blind to see it. Without the courage or the aptitude to verbalize my feelings, I felt left behind. My self-worth was less than zero. At the time, having a girlfriend was validation that I mattered.

Anna was and still is a beautiful person, inside and out. We dated on and off through the rest of high school. Unfairly, to her, and unknown to me, my heart was still held by Fiona. After High School, I bounced through relationships, always searching. I thought they ended because I was not over Fiona. I know now, it was my inability to love myself. But, that was not something we talked about in the ’80s! In the ’80s we pumped our fists to show that we rocked!

Jump ahead to the ’90s; which, as I write that, sounds like, going back to the future. I was living in Stamford, CT and working in New York City. A friend of mine was moving to Kansas, so I offered to help her move. On a whim, I called “Information;” think GOOGLE light. A human-operator would try to find the phone number of a person for you. At that time, there was barely an internet and Mark Zuckerberg was only 12!

The operator found a Colorado number for Fiona! After several failed calls, we connected. Her admission to being a single-lady was all I needed to hear. I detoured to Colorado to make amends and to try and win her back.

Ours was a whirlwind romance. Within weeks, I moved to Colorado. Reconnecting after nearly 11-years of no-communication was romantic. People loved hearing our story and we loved telling it. I could not have been happier. I was with the girl of my dreams. I was in the best shape of my life. I landed a great job. I was feeling confident and successful. Everything was going according to the script!

I should point, I grew up watching John Hughes films. Pretty in Pink, Sixteen Candles, etc. I am not afraid to admit, that as a boy, I got sucked into those happy endings, just as much as any teenage girl.

In 1996, Hughes’ latest film, Jerry Maguire, was released. Fiona and I sat in a drive-in. A place where you sat in your car, while a movie was projected onto a large screen and terrible sound was played through a speaker that hung from your car window. We watched Tom Cruise, as Jerry Maguire, say to Renée Zellweger’s Dorothy Boyd character, “you had me at hello” and “you complete me.” Within months we were engaged.

Soon after, I realized, how much I underestimated my deep need for someone to “complete me.” Specifically, Fiona. As an actress, Fiona was out at rehearsals most nights. She was incredibly talented and I was incredibly insecure. I didn’t handle our time apart well; jealousy and loneliness took over. We fought and spent even more time apart. In a movie, that would have been the time for the hero to learn a lesson, figure things out, and win the girl back, Jerry Maguire style! But, alas, that is the Hollywood ending, and I was no hero. A few months after our engagement, we separated. There would be no sequel.

As time went on, I saw the flaw in looking to “be completed.”. In a rare moment of clarity, I asked myself, “self, when will I find someone that will complete me?” A soft-spoken, somewhat irritated voice said, “well, you’re far from fully baked, but, you’re already complete.” The voice went on to say, “you’re like cake-batter; all the ingredients are there, but you’re simply not cooked solid yet.” This revelation hit me harder than Clubber Lang knocking out Rocky! I needed to focus on being whole on my own. Sounds nice on paper, but, how the heck was I supposed to do it?

After many more years of trial and error, I eventually, became more comfortable with myself. I fell in love in a much healthier way. For the first time, I didn’t measure my feelings, expectations, and desires through the lens of a 14-year old boy. It was romantic without being unrealistic. We took our time. Together, and apart, we found balance with one another. Eventually, I attempted another proposal. There were horses, carriages and even freezing temperatures. But, that’s a story for another time. The short version . . . she said yes!

Today, I can still struggle to put my feelings into words. Thankfully, I married a tolerant and patient woman. My wife and I have two girls, ages 10 and 13. My oldest is about the same age I was when my teenage love story began. I try to share my past, and current, fears and failures, with both of my daughters. They have to go through their own journey, but I want them to know that I have not forgotten the difficulties of growing up. I am not an adult with all the answers, just an adult with thinning hair and the wisdom that comes with time.

I believe growth is confronting the elements in order to persevere and thrive. I am proud to say that I no longer attempt to make my personal self-worth someone else’s responsibility. I am far from perfect: I slip way more than I dance but I keep going. I hope, by sharing my stories, that I can help others, including my own children, to keep dancing, cooking, or simply to accept themselves. I now see this is the Hollywood ending I always wanted.

Here is the audio version of Learning to Love:

Facebook423TweetPinEmailShares423
wpDiscuz
0
0
Would love your thoughts, please comment.x
()
x
| Reply
Share this ArticleLike this article? Email it to a friend!
Email sent!