Editor’s Note: A few weeks ago, NFL veteran defensive end, Ryan Russell penned a brave letter, coming out to the world as a bisexual man, and bravely announced that he wanted to finally live his life openly:

I want to live my dream of playing the game I’ve worked my whole life to play, and being open about the person I’ve always been.

Those two objectives shouldn’t be in conflict. But judging from the fact that there isn’t a single openly LGBTQ player in the NFL, NBA, Major League Baseball or the NHL, brings me pause. I want to change that — for me, for other athletes who share these common goals, and for the generations of LGBTQ athletes who will come next.

The ripple effects of Russell’s announcement will be felt outside the game of football, in corporate boardrooms and in our schools. Positive Psychologist Dr. Robert Zeitlin, writes on how it affected his thinking in the field of education:

Over the twenty years that I’ve been working in schools, queerness has been treated like a family secret: we rarely discuss non-hetero sexual orientations (lesbian, gay, bisexual, pansexual) or even ever question the traditional binary view of gender.

Last Thursday, while preparing for the upcoming school year, I took an extra look around the circle of my new colleagues before I added my idea to our brainstorm.

Our circle was made up of the adults responsible for educating a small group of high-needs students. We were brainstorming the values that would guide our students to healthy and productive lives. Ideas like “teamwork” and “respect” were repeated by many. Other values like “compassion” and “breakfast” were less universal.

When my new colleague Janice went out on a limb to add “faith” to the list, I knew what I needed to say: “How about, along with respecting each other, we include respect for different genders? You know, the way people do gender.”

I knew it was likely going to make someone in the room feel uncomfortable. As I said, we don’t discuss this. It was also likely to be received as welcoming to someone in the circle who was not yet comfortable sharing their queerness, whether in their gender or sexual orientation or both.

Putting this idea out there felt risky, because we were still in the getting-to-know-you stage at the beginning of the school year. This experience of brainstorming the core values that we will emphasize with our students when they arrived the following week was new to me and to most of us.

But I was urged forward by the thought of the people in my life who place themselves at-risk by being out with their sexual orientation and gender expression. In addition to dealing with homophobia and transphobia, they often have no legal defense against the institutional bias that can limit where they work and get to live.

The U.S. House of Representatives recently passed H.R. 4, a bill to make it a federal offense to discriminate based on a person’s gender or orientation in healthcare, hiring/firing, and housing. Unfortunately, the U.S. Senate has not made any progress to bring it to a vote, so it can become a federal mandate. At the same time, the Trump Administration’s Department of Justice has filed briefs in cases currently before the U.S. Supreme Court arguing that the Civil Rights Act of 1964 does not guarantee protections from workplace discrimination to gay and transgender people.

Working in schools, I used to worry about the way my colleagues who remained closeted felt. Now I worry even more about the world we choose to show our students. What message do we send when we don’t bring our full selves to work?

We spend more time at work than anywhere else, aside from perhaps our beds. At work, we fill certain roles, such as secretary, teacher, food service worker, or nurse. The roles themselves are often valued more than who you are or the unique strengths that you may you bring. When we are reduced to our role, it’s like getting treated like a part of a machine. The production line doesn’t care how you feel in your skin, who you are attracted to, and how you want to be seen in the world. Your value is your output.

To make things even worse, I work in a human service industry. Education serves a human need. We serve human beings. But schools have always been run like factories. We move kids along like car parts, advancing from one grade level to the next until they graduate.

The sorting process can impact a student’s sense of worth, limiting what they show and how they perform. In addition to not every student fitting a college-ready mold, students may not feel safe to be themselves, to like who they like, or to express who they truly are. Traditionally, being treated like a factory worker or a cog in a machine means we are asked to leave our personalities, our likes and dislikes, and our humanness at the door.

But that may be changing. This past August, in a bold move, NFL football player Ryan Russell became so fed up with hiding part of himself when interviewing and trying out with new teams, that he decided to publicly state his truth: “I’m a talented football player, a damn good writer, a loving son, an overbearing brother, a caring friend, a loyal lover, and a bisexual man.”

I thought of Ryan Russell when I added “respecting gender expression” into the core values that I want to see in my workplace. Beyond the team of new colleagues, I was thinking about the impact of our decisions on the scholars who will pass through our school. The courage that Ryan Russell and others have shown, deciding to live fully in the world, despite the costs, gives me hope.

My gay and trans friends think long and hard about where they apply to work and choose to rent. I can only imagine how hard it is to chart a path as an educator when we can’t even find a way to openly discuss these issues in schools. The silence then trickles down: the choices get limited for our students who don’t feel like they fit into the categories offered in our schools.

To make things even more complicated, the ongoing process of coming out as LGBTQ or gender nonconforming should not obligate the person to become a resource for educating others. For instance, when educators choose to be themselves at work, it doesn’t necessarily mean that they want to lead the way in supporting LGBT or gender non-conforming students.

Despite the challenges, I’m optimistic that a new possible future is emerging on the horizon. One step towards that future is to take the bravery of the Ryan Russells of the world and use that to foster more open conversations on our school and in the workplace. If we can succeed in doing that, we can all look forward to working in a place where no one has to edit themselves in order to fit in.

Dr. Robert Zeitlin is a Positive Psychologist, author of the book "Laugh More, Yell Less: A Guide to Raising Kick-Ass Kids," and co-host of the podcast "I Am The Worst Parent Ever." Robert's TEDxYouth talk shows how you can embrace your superpowers. A happily married father of two kick-ass kids, Robert loves playing Ultimate Frisbee. Current projects include super.BUILD (https://super.build/), a community to promote female leadership teamed with a blog featuring profiles of the Wonder Women in Robert's life. 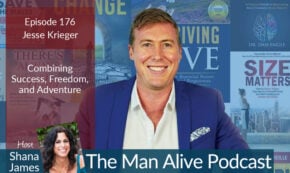 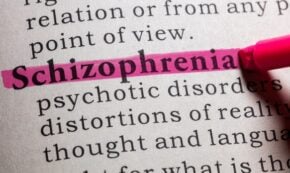 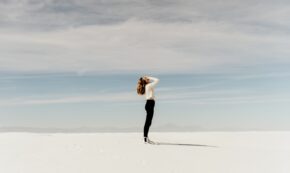 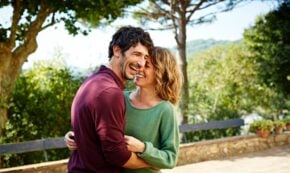 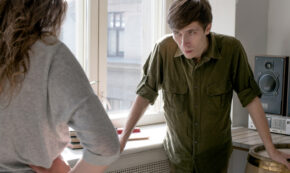