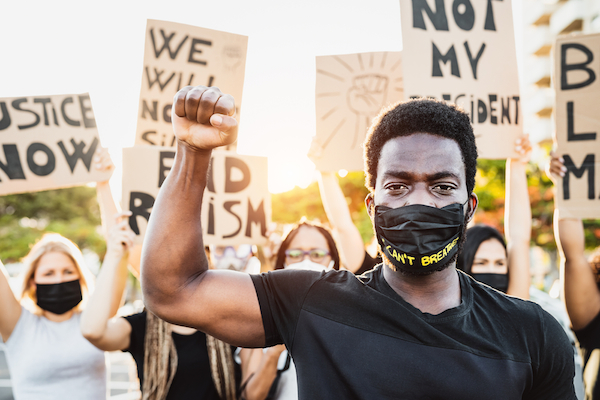 Our country is experiencing a movement that calls for justice in the face of police brutality and other forms of oppression primarily faced by black people. To its credit, the CDC did not come down against protesters, saying that racism is as bad as the Covid-19 pandemic. Yet, it advised protesters to practice safety measures to ensure that the virus does not spread. Americans are protesting to stamp out racism from the country, a task that is daunting, to say the least. After all, the foundation of America is one of the genocide of indigenous people and forced enslavement of Africans.

In times like the present, the words of Martin Luther King Jr. are often evoked. As a southern preacher and activist, King used moral suasion to press for a better America, where people would be judged by the content of their character and not the color of their skin. King was also adroit at utilizing politics to bring about change. He recognized the limits of moral suasion, even though he was an advocate of it, in bringing about social change. He pressed the federal government to act against racism. The Civil Rights acts were the result. King, and this is important to remember, did not do it alone. He had the people behind him, particularly the very young.

The current movement is similar in some ways to that led by King and other freedom fighters. For one, young people are pushing the agenda (even though there is yet to be established a singular leader) and it seeks to bring about a drastic change in society. However, it begs the question as to the success of prior movements, including that of the Civil Rights Movement of the 1960s, in redressing police brutality, racism, and forms of oppression disproportionately faced by black people in America, since these are ongoing.

The present movement must, therefore, move away from tactics of the past that did not work and instead use new maneuvers in gaining its goals. Perhaps this divergence is best seen in the different groups of people who are protesting together. The intersectionality of race, gender, and class is apparent at the protests. This aspect is also seen in the various calls—from defunding the police to voting Trump out of the office, and the protection of LGBT rights—that ring out from the protests. In some ways, the melange of people and ideas can prove to be good. There is strength in numbers. However, it can also serve to overshadow the radical nature inherent in the black fight for freedom not only in this country but across the globe. It is in this vein that Malcolm X, and Marcus Garvey and Frantz Fanon prior to him, called for unity among people in the Black diaspora.

King’s we shall overcome rhetoric is just one aspect of the diversity of movements that have sprung out of the global black liberation tradition. The radical nature of this tradition is often neglected because it is not as palatable to those in power, compared to an agenda that highlights nonviolence. But violence is always an option. Those who are in power know this because they have it at their disposal. Therefore, any critique of violence should start by focusing on how it is used by those who are in power.

Moreover, politics, in order to be useful in the fight for freedom, needs to be coupled with economic measures. All Americans know that the dollar has power. Poverty is evil and those who support it are criminals. Black-owned businesses and enterprises are essential to bettering the lives of black people in America. So too are proper education, housing, and prison reform. Allyship is an option in this kind of work but it needs to remain focused on the people whose lives are most affected should it fail.

Elvis Alves’s latest book is I Am No Battlefield But A Forest Of Trees Growing (Franciscan University, 2018).

Facebook30Tweet2Pin1EmailShares33
wpDiscuz
0
0
Would love your thoughts, please comment.x
()
x
| Reply
Share this ArticleLike this article? Email it to a friend!
Email sent!