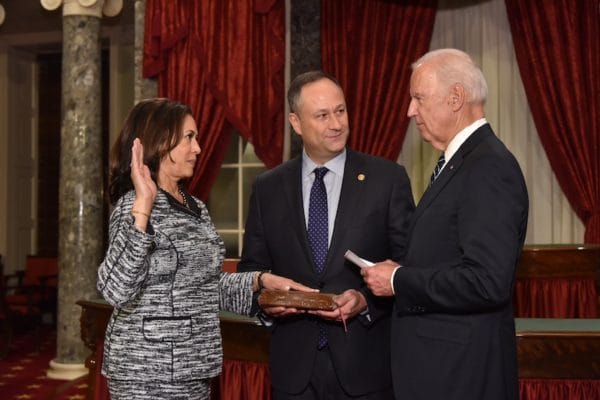 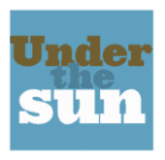 Let’s call off the Democratic primaries – their lame-ass debates and bickering camps and Us vs. Us campaigning. Let’s go, right fucking now, with a Democratic ticket that enjoys a full force of party enthusiasm and patriotic loyalty.

The batshit times in which we live call for batshit action. In the time of Trump, the American system of democracy – of shared power between branches of government; of checks and balances; of rule of law; of truth and justice; of facts vs. opinion; of facts vs. alternative facts; of optimism and integrity; of global and moral leadership; of country over party – is corroding right in our damn faces. We have a corrupt and chronically mendacious President who has been breaking the laws of the land and the laws of decency while violating the Constitution since the day he took office; an attorney general acting as the President’s personal lawyer; the President’s personal lawyer running an oppo research outfit in conjunction with cabinet members and government appointees and shady Eastern European cats while promoting Russian propaganda; said propaganda is disseminated by a party-affiliated media machine and Republican traitors in Congress who refuse to even pretend to consider holding the American President accountable for his lawless and unprecedented behavior.

Our precious democracy is off the fucking rails.

And meanwhile, mother earth hurtles towards environmental catastrophe as Venice floods, California burns, and the global leader on this existential matter is not the United States of America but a 16-year old from Sweden.

Four more years of this will be the end of the world as we know it.

For the sake of our country and the fate of the planet, and for fuck’s sake, it’s time for Democrats to put aside the battle for the presidential nomination and establish a ticket NOW that can campaign exclusively against the President NOW with the full will and support of the entire Democratic party as a collective case is made to the American public about the imperative of removing Donald Trump from the most powerful position in the world. And just removing him from sight, as well, because looking at this guy for another four years is going to make many of us welcome the end of the world.

Instead of fighting each other over important yet secondary issues (health-care, tax codes, regulations, etc.) the Democrats can unify around the singular priority that, if successful, will allow—in a less perilous world—a return to debate on the priorities of the Democratic voters and the nation. But we have to get there first, to be in a position to even debate such things, and in order to ensure the most successful path, we should get this ticket up and running now: Joe Biden and Kamala Harris.

I wrote of this very ticket back in March in an article acknowledging the potential of Pete Buttigieg (I even went on to recommend him as Harris’ VP in 2024 once Biden bows out after a term, but let’s not get ahead of ourselves). The Biden/Harris ASAP ticket would require Mayor Pete to curb his presidential ambitions for now, and it would require Elizabeth Warren and Bernie Sanders to end theirs altogether. All three fellow front-runners deserve respect and could possibly beat Trump in 2020, but the most formidable foe for Trump is Biden, a respected and known figure both home and abroad with appeals across a swath of important not just Democratic constituents but American voters; and Biden is best backed by all that Harris brings to the ticket. And I would just love to watch her debate pathetic Mike Pence.

Imagine the campaign juggernaut of Biden and Harris, from now until November, barnstorming the nation, holding rallies and holding up Trump’s despicable record and disreputable character to the American public. The nominees could be buttressed by an all-star lineup of the unified Democrats already mentioned, others in office and/or running for Senate/House, as well as party superstars like Barack and Michele Obama highlighting American exceptionalism via Democratic example. Bring out Hilary to remind America what could have been. Have Bloomberg write checks and model what a real billionaire looks like. Have Greta Thunberg provide climate change 101 lectures for the incurious man-child in the Oval Office. There could be massive concerts of the biggest stars, marches on major cities, epic voter registration efforts, and a regular pageant depicting what life could look like, starting day 1, in a Post-Trump world in 2021 as opposed to 2025.

Yeah, Biden’s lost a step, and he’s wildly imperfect, but he’s the perfect foil for Trump – someone of the same generation who has actually lived a meaningful life of accomplishment and character, of someone who has suffered among life’s greatest hardships and endured with dignity and grace. He’s also the closest political connection to the much-missed Barack Obama. The only accomplishment Trump can claim as President is on the economy; Biden can belie that point by correctly touting that the economic recovery began under Obama and that Trump is just riding that wave while also blowing up the deficit thanks to those grotesque tax cuts for the super-wealthy.

The “apples to apples” of Biden to Trump will drive the latter nuts, as will the poll numbers that will favor the former by double digits from day one, especially in key battleground states across the Rust Belt and upper Midwest. Given his thin skin and fear of being a “loser” I don’t think Trump even makes it to election day where such a humiliation awaits, especially on the heels of impeachment which he is already crying about. Let’s pile on the bad news and see what happens when a spoiled, privileged vessel of corruption doesn’t get what he wants.

I’ll get going on the A$AP Joey merch.

This post represents the opinion of the author and should not be considered an endorsement fo any candidate by The Good Men Project.

Facebook78Tweet2PinEmailShares80
wpDiscuz
0
0
Would love your thoughts, please comment.x
()
x
| Reply
Share this ArticleLike this article? Email it to a friend!
Email sent!