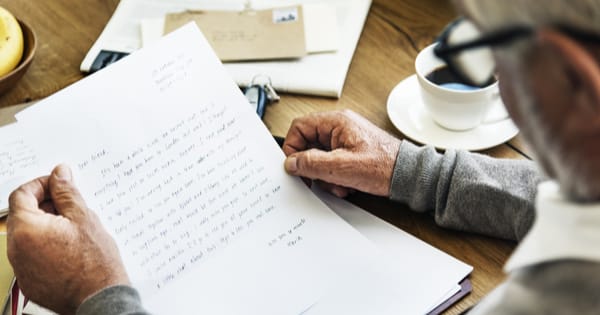 Fellow Villanova University alum J. Gregory Acken is a man of letters – literally, immersing himself over the past two decades in the study, analysis, transcription, and ultimately repurposing of hundreds and hundreds of personal correspondences from Civil War soldiers into books adding to the experiential histories of this conflict. His latest, dropping this April, is Blue-Blooded Cavalryman (The Kent State University Press). The tome is inspired by and infused with 150 letters written by Captain William Brooke Rawle, a member of the 3rd Pennsylvania Cavalry, a regiment intimately involved in many of the war’s key battles, including Gettysburg.

Captain Rawle was 19 when he received his commission into the Army of the Potomac, but his Ivy League background, and his family’s wealth and position in the upper echelons of Philadelphia society, contributed to his confidence in the field and his clarity of conviction for the Union’s cause against the South, and also the importance of fraternal division between officers and enlisted men. This may account for Rawle’s proficiency in chronicling the mechanizations of army life, his extensive schooling and aristocratic detachment akin to Herman Melville, who used his earlier experiences serving five years on a whaling ship as the template to write Moby-Dick. Like Rawle, Melville’s Ishmael, the novel’s narrator, is a young, well-educated, white, mid-19th Century male, very curious as well as observant, detailing and documenting every aspect of the world around him.  And they both survive their journeys, albeit ending up in different circumstances: Ishmael, clinging to a casket afloat in the sea after the Great White Whale demolishes the Pequod, and Rawle, less dramatically, transitioning back to a civilian life of affluence after the war’s end.

Of such a letter, Death himself might well have been the post-boy.

Captain Rawle, whose father passed away when he was young, wrote the majority of his letters to his mother, keeping her informed of his movements and the regiment’s status, inquiring on family and friends and events at home, and, many, many times, reassuring her not to be concerned about his health and safety.  Such a reason to correspond was common. As Christopher Hager emphasized in “Smithsonian.com”: “Civil War soldiers and their families had abundant causes for worry. The men were exposed to rampant disease as well as the perils of the battlefield. Women, running households without help, often faced overwork and hunger. Letters bore the burdens not just of keeping in touch and expressing affection but also of assuaging fear about loved ones’ well-being.”

But letter writing was also a way for soldiers like Rawle to pass the time and occupy their thoughts during the often laboriously long waits between troop movements and battles when the idle mind might be inclined to lock on the trauma experienced and the trauma to come. Writing letters was also a way to express themselves artistically, always helpful in relieving stress and improving mood. Even if this result was not an intention, the mere act of writing by hand, according to a study performed at the Indiana University, unleashes creativity not easily accessed in any other way. And high-tech magnetic resonance imaging has shown that low-tech writing by hand increases neural activity in certain sections of the brain, much like meditation.

So what about today?  With mobile phones and email and Skype and Facebook and Facetime and so many social media sharing options available, it is far from the norm for a soldier, or anyone really, to take time to write letters. Convenience, immediacy, conservation, and low cost are just some of the advantages cited by people when choosing technology-driven communication over pen and paper.

But is anything lost in the transition, so to speak? Arlene Hall, in “Life – A No BS Guide to Modern Life”, writes: “…when it comes to writing that is used as a form of communication between two people, namely letters and postcards, the impact of such messages lasts far longer than any alternative version offered in our high-tech world. From the careful intentions of the sender to the value experienced by the receiver, no true match exists for this old-time, traditional means of conversation.”

And as exampled in The Blue-Blooded Cavalryman, letters have long served the needs of historians, artifacts to be read and re-read, analyzed and studied for content, shedding light on important events and actions, and on the writer’s emotions and intellect and motivations and more. What can be gleaned from a hand-written letter far exceeds what a text or email or social media posting can offer a reader, be it an author researching a subject, or a person going through a memory box filled with missives from a former or current lover.

But life marches on, and as we speed deeper into the digital age, the hand-written letter will become more and more obsolete, a nostalgic novelty, the activity more craft than communication.  And maybe that’s okay.  In thinking about this article, I spoke with my Uncle Terry Alger and his wife, my Aunt Elaine.

A graduate of West Point, he served two tours of duty in Vietnam.  Newly married before his first deployment, he wrote to my aunt diligently, and she back.  When I asked if she would have liked then to be able to Skype or Facetime, she emphatically said yes – that the waiting between letters, of not knowing if he was dead or alive, wounded or safe, was damaging and draining to body and soul.

But she also wondered if the experience contributed to her becoming more capable and confident, the trauma of “not knowing” forcing her to become more self-reliant, more patient, less reactive and more accepting. This growth revealed itself in my uncle’s second tour when he was deployed after the birth of their first child, and my aunt, despite the inherent challenges of being a single mother, was much better able to handle the separation and stress.

As the old saying goes, “What doesn’t kill you makes you stronger.” Perhaps, in this era of instant gratification, it’s an adage well worth writing down, or better yet, sharing with someone in a letter.

Facebook120TweetPin3EmailShares123
wpDiscuz
Share this ArticleLike this article? Email it to a friend!
Email sent!